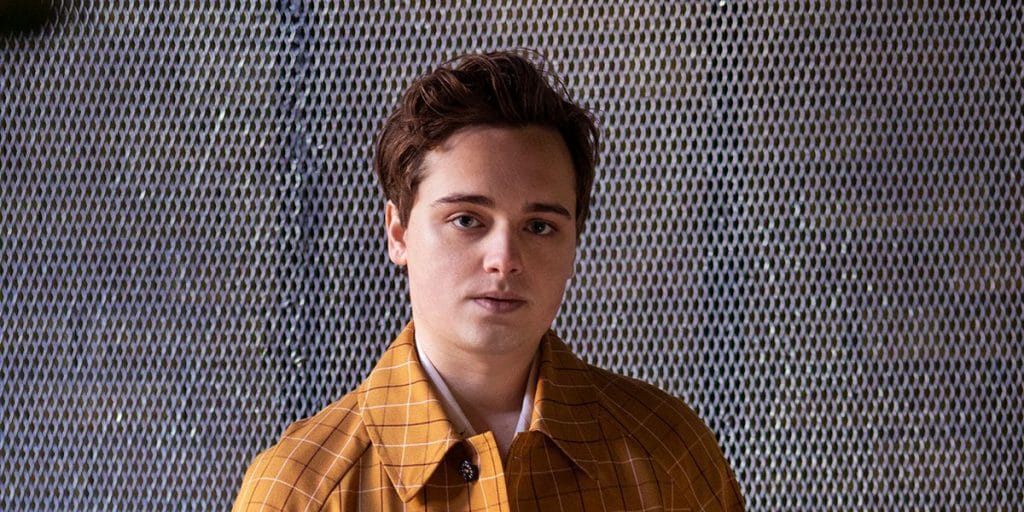 Details About Dean-Charles Chapman from Game of Thrones

Who is Dean-Charles Chapman?

Dean-Charles Chapman was born in Romford, Essex, England on 7 September 1997 – his zodiac sign is Virgo, and he holds British nationality. He’s an actor, who’s perhaps known best for his portrayal of Tommen Baratheon in three seasons of the critically acclaimed action adventure series “Game of Thrones”. Created by D. B. Weiss and David Benioff, it starred Kit Harington, Emilia Clarke and Peter Dinklage, and follows nine families who are fighting to control the lands of Westeros; the families will later reunite to fight a common enemy. “Game of Thrones” aired from 2011 to 2019, and won 440 awards, including 59 Primetime Emmys, while it was nominated for 621 other awards.

Dean-Charles became interested in acting while attending a local elementary school, and he gained recognition aged eight, when he portrayed Small Boy in the play “Billy Elliot the Musical”. He soon began portraying Michael in the play, and eventually the lead character Billy Elliott. He made his debut TV series appearance aged nine, in the 2007 episode “A House Divided” of the drama “Casualty”, but Dean-Charles then took a five-year break from acting, to focus on his education.

He attended a local high school, then upon matriculating in 2015, he focused on acting, and didn’t enroll at college.

In early 2012, Dean-Charles guest starred in the episode “Family Meeting” of the comedy “Cuckoo”, then gained recognition later that year with his portrayal of Stanley, one of the main characters in the comedy “The Revolting World of Stanley Brown”. It also starred Louis Demosthenous and Nicola Duffell, and follows a 13 years old boy who has been visited by a scientist and his robot, who want to help him learn more about science.

In 2013, Dean-Charles could’ve been seen playing Richard Grey, in the historical romantic mini-series “The White Queen”, which was nominated for 16 awards, including four Primetime Emmys.

His most recent TV series role has been his portrayal of the supporting character Castor, in the action adventure drama “Into the Badlands”. It starred Daniel Wu and Orla Brady, aired from 2015 to 2019, and follows a warrior and a young boy, as they travel through lands controlled by feudal barons. The series won one of the nine awards for which it was nominated.

Dean-Charles made his debut film appearance in 2014, with his portrayal of Adam in the hit mystery thriller drama “Before I Go to Sleep”. It was written and directed by Rowan Joffe, starred Nicole Kidman and Colin Firth, and follows a woman who wakes up every morning without remembering anything about her life.

The following year saw Dean-Charles play Harry in another popular movie, the romantic comedy “Man Up”, and in 2017 he played the supporting character Jonathan aged 22, in the biographical comedy drama “Breath”. It was the directing debut of Andy Serkis, and follows Robin and Diana who have fallen in love with each other; the movie won one of the six awards for which it was nominated.

In 2018, Dean-Charles appeared in the action mystery thriller “The Commuter”, which starred Liam Neeson and Vera Farmiga, and the following year in the musical comedy “Blinded by the Light”, which won two of the 10 awards for which it was nominated. In the same year, Dean-Charles portrayed Thomas, in the biographical historical drama “The King”, written and directed by David Michod, which starred Tom Glynn-Carney and Gabor Czap, and follows the life of King Henry V; the movie won 12 of the 40 awards for which it was nominated.

Also in 2019, Dean-Charles starred as Lance Corporal Blake in the critically acclaimed war thriller drama “1917”, written and directed by Sam Mendes, and which also stared George MacKay and Daniel Mays. It follows two soldiers who have been sent on a mission to deliver a message, which will prevent 1,600 soldiers from walking straight to their deaths. The movie won 136 awards, including three Oscars, and was nominated for 199 other awards.

Dean-Charles’ most recent movie role has been his portrayal of Matthew Connolly in the drama “Here Are the Young Men”; he’s currently shooting and recording for two upcoming movies – the adventure “Catherine, Called Birdy”, and the animated comedy “Ozi” (voice role).

Dean-Charles received special thanks for the 2016 short film “Too High, Too Far, Too Soon”.

He has been featured in numerous talk-shows, including “Made in Hollywood”, “The Kelly Clarkson Show” and “Live with Kelly and Ryan”.

Dean-Charles has won three awards. In 2020, he and his colleagues won a CinEuphoria Merit – Honorary Award, for their performance in the series “Game of Thrones”, and the same year saw him win a 2020 Newport Beach Film Festival Honors Award for Brit to Watch, for his performance in the movie “1917”. Just recently, in 2021 he won The Bam Award for Best Supporting Actor, also for “1917”.

Dean-Charles has also been nominated for a 2017 Screen Actors Guild Award, a 2020 London Critics Circle Film Award, and another 2020 CinEuphoria Award.

Dean-Charles is very secretive when it comes to his love life, and hasn’t spoken of any girls (or boys) whom he has perhaps dated, however, it’s still known that he was once in a relationship with British actress Nell Tiger Free.

The two met in 2015, when they were shooting together for the series “Game of Thrones”, and it took them less than a week to start dating. They could’ve been seen attending a couple of events together, and were spotted several times by their fans, while dining at their favorite restaurant. The relationship lasted for around a year, as the two broke up in mid-2016 for unknown reasons.

As of July 2021, Dean-Charles appears to be single, hasn’t married and doesn’t have children.

Dean-Charles is a huge fan of sports, and likes to play soccer the most. He’s also good at basketball and volleyball, and usually plays with his friends once a week.

He prefers winter over summer, as he’s an avid skier, and actually likes snow.

Dean-Charles has become passionate about travelling, as his acting career has taken him to various European countries, as well as to a couple of US states. His dream travel destination is Los Angeles, California.

He’s a lover of animals, and has a pet dog, however, as he’s often travelling and working, the dog’s staying with his parents.

Dean-Charles has his own favorite actors and actresses, some of whom are Amanda Seyfried, Channing Tatum and Natalie Portman, and a couple of his favorite movies are “Dear John”, “Letters to Juliette” and “Leon: The Professional”.