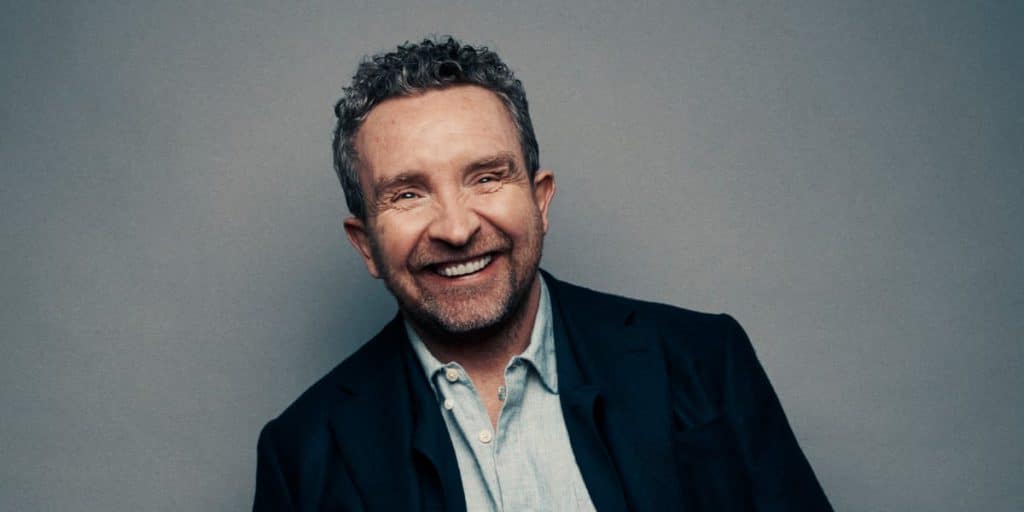 Who is Eddie Marsan?

Edward Maurice Charles ‘Eddie’ Marsan was born in Stepney, London, England, on 9 June 1968 – his zodiac sign is Gemini, and he holds British nationality. He’s an actor, who’s appeared in over 130 movies and TV series, while he’s perhaps still known best for his portrayal of Scott, in the 2008 romantic comedy “Happy-Go-Lucky”. It was written and directed by Mike Leigh, starred Sally Hawkins, Alexis Zegerman and Samuel Roukin, and follows the life of the teacher Poppy. The movie won 39 awards, and was nominated for 64 others, including an Oscar nomination.

Eddie was raised in London, by his mother who was a teacher’s assistant and a school dinner lady, and his father who worked as a truck driver. As he hasn’t spoken of having any siblings, Eddie’s believed to be an only child.

He spent the early years of his life in the Bethnal Green neighbor of London, and studied at Raine’s Foundation School. Eddie was 16 years old when he dropped out of school, and began working as a printer’s apprentice, while he then became interested in acting, and enrolled at the Mountview Academy of Theatre Arts, graduating in 1991, and then began attending Kogan Academy of Dramatic Arts, studying under the late Russian actor and film director Sam Kogan.

Eddie was 19 years old when he made his debut film appearance, in the 1987 crime thriller “Empire State”, while a couple of his following roles were in the critically acclaimed crime comedy “The Man Who Knew Too Little”, the  short drama “More is Less” both in 1997, and the 1998 drama “Crime and Punishment”.

Eddie’s most notable performance in the ‘90s was probably in the 1999 romantic comedy “This Year’s Love”, written and directed by David Kane, and which starred Kathy Burke, Jennifer Ehle and Ian Hart. It follows the love lives of a couple of friends who are living in Camden Town, and the film was nominated for a single award.

The 2000s saw Eddie appear in many movies which have become huge hits, such as the 2002 crime drama “Gangs of New York”, which starred Leonardo DiCaprio and Cameron Diaz, and won 50 of the 195 awards for which it was nominated, including 10 Oscar nominations. Eddie then played supporting characters in the 2003 crime thriller “21 Drama” which starred Sean Penn and won 30 awards, the 2004 crime drama “Vera Drake” which won 41 awards, and the 2005 romantic thriller “Match Point”, written and directed by Woody Allen and starring Scarlett Johansson, and which won 12 awards.

He also made appearances in the 2005 action science fiction drama “V for Vendetta”, the 2006 action adventure thriller “Mission Impossible III”, and the 2009 crime thriller “The Disappearance of Alice Creed”.

The first half of the 2010s saw Eddie appear in several hit movies – in 2011 the action adventure “War Horse” and the action mystery adventure “Sherlock Holmes: A Game of Shadows”, and in 2013 the science fiction comedy “The World’s End”.

Eddie made his debut TV series appearance in 1988, with his portrayal of two characters in two episodes of the comedy “The Comic Strip Presents…”, while the following years saw him make a guest appearance in an episode of various series, including in the comedy “The Piglet Files”, the romantic crime drama “EastEnders”, and the drama “Casualty”.

Between 1992 and 1996, Eddie portrayed various characters in the crime drama “The Bill”, and in 1997 he was cast to play Brian Clapton,  one of the lead characters, in the comedy “Get Well Soon”. He was mostly focused on appearing in movies in the following years, and only had a couple of roles in TV series, such as in the crime drama “The Vice”, and the mystery thriller “The Mrs Bradley Mysteries”. Eddie wanted to star in TV series, but was often rejected because the producers believed that his face was a better fit for movies, whatever that means.

The early 2000s saw him play supporting characters in several series which attracted a lot of attention, such as the fantasy adventure “The Lost Empire”, the drama mini-series “Bodily Harm”, and the hit mystery crime drama “Judge John Deed”. Eddie’s following notable performance was his portrayal of Pancks in the 2008 adaption of Charles Dickens’ romantic mystery drama “Little Dorrit”. It starred Claire Foy, Matthew Macfadyen and Tom Courtenay, and follows the life of Amy Dorrit, who’s working to support her family, including her father who has been imprisoned.

Between 2013 and 2020, Eddie portrayed Terry Donovan in 82 episodes of the crime drama “Ray Donovan”, which starred Live Schreiber and Eddie Marsan, and won five awards, including a Primetime Emmy, while it was nominated for 42 other awards.

His most recent TV series role has been as Arwel, in four episodes of the thriller “The Pact”, in 2021.

Eddie’s today shooting for three upcoming series: the drama “The Power”, the thriller “Ridley Road”, and the drama “Deceit”.

He has been featured in numerous documentaries, such as in the 2008 short video “Happy-Go-Lucky: Mike Leigh’s Characters”, the 2012 short video “Snow White and the Huntsman: Citizens of the Kingdom”, and the 2014 mini-series “Broadmoor”.

Eddie has received special thanks for the 2013 documentary video “Completing the Golden Mile: The Making of ‘World’s End’”, the 2017 short film “Atomic Blonde: Welcome to Berlin”, and the 2019 episode “Deadpool 2” of the short mini-series “X-Men Mondays”.

He has made a guest appearance in many talk-shows, including “Imagine”, “Sunday Brunch” and “Portrait Artist of the Year”.

See Eddie Marsan as Kimmel in A Kind of Murder – in theaters and On Demand now: http://bit.ly/AKOMOnDemand

Eddie has won nine of the 30 awards for which he has been nominated. Among the awards he has received are two British Independent Film Awards, a Phoenix Film Critics Society Award, and a National Society of Film Critics Award. Eddie has been nominated for two Alliance of Women Film Journalists Awards, two Awards Circuit Community Awards, and two British Independent Film Awards, amongst others.

Eddie’s a private man, who prefers to keep the details of his love life to himself, but it’s still known that he’s today a married man. He exchanged vows with the British make-up artist Janine Schneider on 1 June 2002, and they have four children together. Their daughter Tily Marsan is soon to launch her acting career, as she has been cast to appear in the upcoming movie “The Lost Girls”, while their second daughter Blu began hers in 2020, with her appearance in the episode “Karen” of the mini-series “Isolation Stories”, and in which their son Bodhi also debuted, while their second son Rufus is yet to launch his acting career.

Eddie’s wife has worked in the make-up department of various popular movies, including the trilogy “The Lord of the Rings”, and “Doctor Strange”.

He hasn’t spoken of any other women whom he has perhaps been with, so as of July 2021, Eddie’s married to Janine Schneider, and has four children.

He’s a supporter of the LGBT community, and today also supports the movement Black Lives Matter.

He has travelled all around Europe to shoot for his movies and TV series, and has also been to a couple of Asian countries, as well as many US states.

Eddie has his own favorite actors and actresses, some of whom are Jim Carrey, the late Robin Williams and Meryl Streep, while a couple of his favorite movies are “Bruce Almighty”, “Patch Adams” and “Kramer vs. Kramer”.