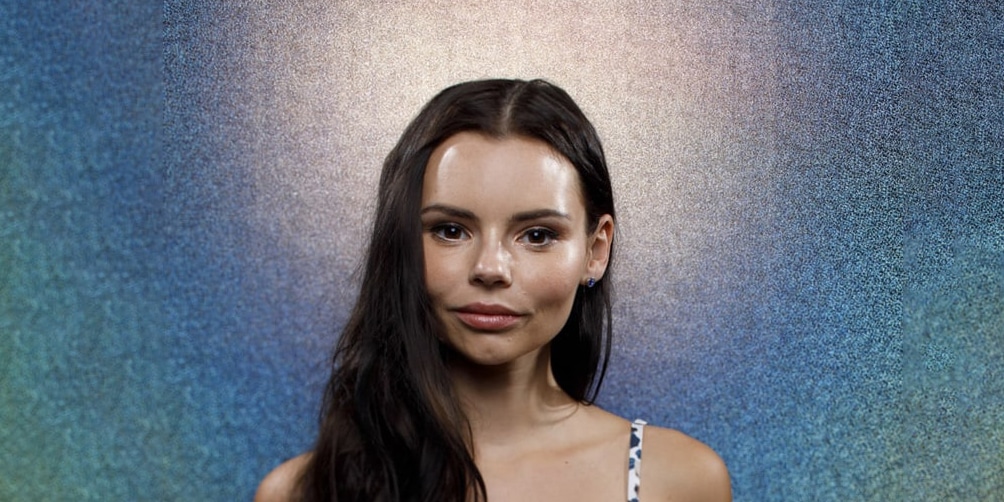 Who is Eline Powell?

Eline Pauwels – better known as Eline Powell – was born under the zodiac sign of Aries on 12 April 1990, in Leuven, Belgium. She is a 30-year-old actress, probably best recognized for landing the role of Anita in the drama film “Anita B.” (2014), and featuring as Ryn Fisher in the Freeform fantasy drama series “Siren” (2018-2020).

How rich is she, as of now? Eline Powell Net Worth

As of early 2021, Eline Powell’s net worth is estimated at over $1 million, acquired through her successful involvement in the film industry as a professional actress, who has worked on more than 10 television and film titles since her career started back in the early 2010s.

Eline Powell spent her early years in Mechelen, Belgium, raised by her father Rudi Pauwels, a well-known pharmacologist and serial biotech entrepreneur, and her mother Carine Claeys, who works as a clinical researcher. Her parents are the co-founders of the anti-HIV drug discovery company Tibotec, and her father also co-founded the diagnostics company Virco. She has an elder brother, whose name hasn’t been revealed to the public. Eline holds dual Belgian and British nationality, and belongs to White Caucasian ethnic group.

At the age of 14, Eline moved to Switzerland, but after a short stay she relocated to England. While in high school she took theater classes, then upon matriculation, enrolled into the prestigious Royal Academy of Dramatic Arts (RADA) in London. During her studies there, she performer in various productions such as “Richard III”, “A Midsummer Night’s Dream”, and “All About My Mother”. In 2011, she graduated with a Bachelor of Arts degree in Acting with special skills in Flamenco, Hip Hop, Ballet, singing and playing the violin.

She is also fluent in English, French and Dutch languages.

Right after graduation, Eline Powell started her acting career by making her debut film appearance in the role of Mila in the short student dark comedy film “For Elsie”, directed by David Winstone, and released by University of Westminster in 2011. For her work on the film, Eline became a co-recipient along with other cast members of the Student Academy Award for Foreign Short as well as the Royal Television Society Award for Undergraduate – Fiction.

In 2012, Eline featured as Angelique in Dustin Hoffman’s directorial debut, the comedy-drama film “Quartet”, based on Ronald Harwood’s play of the same title, and portrayed Anna in the war drama film “Private Peaceful”, next to Jack O’Connell and George MacKay. Later that year, she made a guest-starring appearance as Lule in an episode of the British drama mini-series “The Fear”, aired on Channel 4.

Eline Powell’s big break came when she landed the title role in the 2014 Italian drama film “Anita B.”, directed by Roberto Faenza, leading her to win the Capri Breakout Actress Award at the 2014 Capri Film Festival.

In the following year, she featured as Lara in the segment “Behind You” of the short crime drama film “A Moment Of Horror”, directed by Andrew Brand and Michelle Fox. In 2016, she made a guest-starring appearance as Bianca in two episodes entitled “The Door” and “Blood Of My Blood”, of the sixth season of the critically acclaimed HBO fantasy drama series “Game Of Thrones”, created by D. B. Weiss and David Benioff. The series is an adaptation of the first novel of the series of fantasy novels “A Song Of Ice And Fire”, written by George R. R. Martin. During the same year, Eline also portrayed Desiree in the comedy film “Stoner Express”, directed by Wayne and Lee Lennox.

In 2017, Eline Powell landed the small role of Sister Candace in the American drama film “Novitiate”, written and directed by Maggie Betts, and later that year portrayed Syren 2 in Guy Ritchie’s epic fantasy action adventure film “King Arthur: Legend Of The Sword”, starring next to Charlie Hunnam, Jude Law, and Astrid Bergès-Frisbey. The film was to be the first part of a six-film franchise, but its sequels were cancelled as it performed less well than expected at the box office, grossing only $148 million worldwide against its $175 million budget.

In the following year, Eline gained worldwide recognition after joining the main cast of the American fantasy drama series “Siren”, starring in the role of Ryn Fisher, alongside such actors as Alex Roe, Fola Evans-Akingbola, and Ian Verdun. The series was created by Eric Wald and Dean White, and aired on the Freeform network for three seasons until 2020.

Eline Powell has been romantically involved in a relationship with a guy named Lee Lennox for more than two years. He is a British director and animator by profession. The happy couple frequently posts cute snaps on their social media. On 2 December 2018, she announced their engagement via Instagram post. Their residence is in London, England.