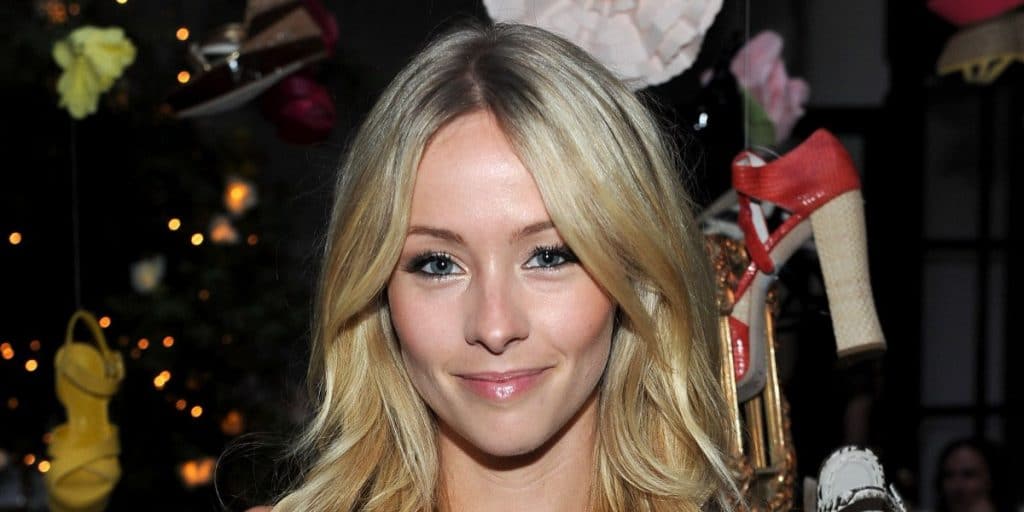 Emily Montague’s Bio: Why did she divorce from Chris D’Elia?

Who is Emily Montague?

Emily Montague has continued to impress her fans with her brilliant acting and career flexibility. With her increasing fame, she has still continued to maintain a low profile, and steer clear of negativity. So who is she?

Emily Montague was born on 30 August 1984 under the Virgo sun sign, in New Jersey, USA. She is an American, Caucasian and also a Christian. The actress has remained mute on who her parents are, if she has any siblings and what growing up in New Jersey was like for her. She is fluent in English and French.

Her education status has been speculated as well, due to her private nature. There are unconfirmed reports that Emily attended a local high school, and then obtained a college degree in Fine Arts from the New Jersey City University.

Like many other actors, Emily began her on-screen career through advertising for a few well-known brands, and not long afterwards, made her debut appearance in the film entitled “Paper or Plastic”, released in 2004. The short film brought her into the spotlight, and she soon became sought after by other movie producers.

She later acted in the series entitled “Cold Case”, and several others including “Boston Legal”, “Beauty in the Chaos”, “South of Nowhere”, “Close to Home”, and the most popular of all – “Days of our Lives”. The latter launched her into full-blown celebrity status due to it being widely successful, and soon Emily became a recognisable face on viewer’s screens. She continued to feature in series and movies such as “Scandal”, “CSI: Crime Scene Investigation” among others.

She has since also become a successful movie star in Hollywood, after featuring in several box office hits. Her latest on-screen appearance was in the movie “The Endless” which was released in 2017 and it’s rumoured that she may be considering exploring other career options for reasons best known to her.

Emily has since been away from the big screen, and instead has taken up being a beautician, apparently working at a beauty studio in California. She stated that she enjoys working with the ‘phenomenal women’ who are her co-workers, and ensuring that their clients get the beautiful skin they desire.

Aside from acting and cosmetics, Emily is also quite a good dancer, and enjoyed showing off her skills in some of the roles she’s portrayed in movies.

Her marriage, divorce, remarriage and child

Emily met famous comedian, Chris D’Elia on a movie set and the two became friends. Chris was born in New Jersey to father Bill D’Elia who is a producer, and mother Ellie Dombroski, a decorator. He is an American with mixed Italian and Polish ancestry. His family moved to Los Angeles when he was 12 years, and have been there ever since.

Chris was involved in his drama class even while he was in high school, and then enrolled into New York University where he intended to obtain a degree in acting, but realised that college was not for him, and decided to leave. He began his career as a comedian when he was 25 years old, and has gradually risen to become a successful stand-up comic, performing at ‘Showtime’s Live Nude Comedy’ and ‘Comedy Central Presents’.

He didn’t abandon his acting, but instead combined it with his comedy craft, and has featured in series like “Whitney”, “Undateable”, and “You” amongst others. Most of his series and shows are directed by his father, and have topped charts both locally and globally.

Emily and Chris eventually began dating, and in 2006 decided to tie the knot amidst friends and family. Unfortunately, their marriage lasted for about 4 years before they headed for a divorce, the reason for which hasn’t been talked about by either of them, and they continue to remain cordial to each other.

While recounting his experience in an interview with ‘Vulture’, the comedian stated that he had hoped to have kids with the actress but things didn’t go as he had planned.

He added that many people thought that he was all about partying and drinking, partly due to the roles he’s portrayed but he did want a family life. He now wants to evolve, and not repeat the same cycle.

While Chris refocused himself on work after their divorce, Emily remarried to fellow actor Damon Dayoub on 2 May 2015. He was born in Texas, US on 14 July 1980, to Richard and Andrea Dayoub. He attended a high school named Cornado, and upon matriculation enrolled into the University of Texas where he got his degree. Just like his famous wife, not much is known about his background, and also his early years in the movie industry.

He began acting in 2009, and has featured in movie hits such as “Suits”, “Chicago Fire”, “Catch and Stitchers”, now with over 20 movies to his credit.

In 2017 the couple welcomed their daughter, Ava James Dayoub; the family reside in Los Angeles, California.

Her awards and recognition

The hardworking actress is yet to have an award or nomination for her movies, although her ex-husband won an Emmy award in 2016 for ‘Outstanding Creative Achievement In Interactive Media’.

Her favourites and hobbies

When she’s not working on a movie project, Emily likes to travel to exotic places, especially Miami, and shop for high-end products.

Her favourite meals are Seafood and Chinese cuisine.

She loves the colour pink.

Emily has always kept her personal life out of the media, even though her acting career demands that she remains constantly in our faces. Her divorce which came as a shock to many of her fans was expertly kept away from the public, and no controversies arose around it. Her ex-husband on the other hand has been involved in some controversies.

Chris has shown a pattern of alleged molestation and sexual misconduct through his work, “To Friend a Predator” which was removed from ‘Comedy Central’ in 2011 on complaints about his portrayal as a child molester, the 2013 comedy show “White Male. Black Comic”, and allegations of abuse from several actresses.

He was also dragged into a sexual misconduct scandal in 2020, when he was alleged to have requested nudities from several minors online which he denied, stating that he didn’t have any knowledge of them. Not long after in September of the same year, a report by ‘CNN Entertainment’ stated that Chris had masturbated in actress Megan Durst’s car after he requested a ride from her.

The beautiful actress is about 5ft 4ins (1.6m) tall and weighs around 110lbs (50kgs). She has long blonde hair with blue eyes. She maintains her hourglass figure and flawless skin through eating healthily, exercising and a beauty regimen.

Her net worth is estimated at $2.5 million, amassed through a very successful acting career in Hollywood, and also enjoys her husband’s fortune valued at $5 million. She drives a BMW 5 series.

Emily lives a very private life, and most of the social media accounts linked to her have been restricted to private. You can join her over 90,000 followers on Instagram at  @emilymontagueskin where she posts beauty secrets and health tips, including how to make a face mask to protect yourself.  Thanks to her husband’s active social life, we can get a sneak peek into hers. Damon enjoys sharing posts about his wife, especially on special occasions, one of which he penned down a touching birthday post for her, admiring her role in their daughter’s life.