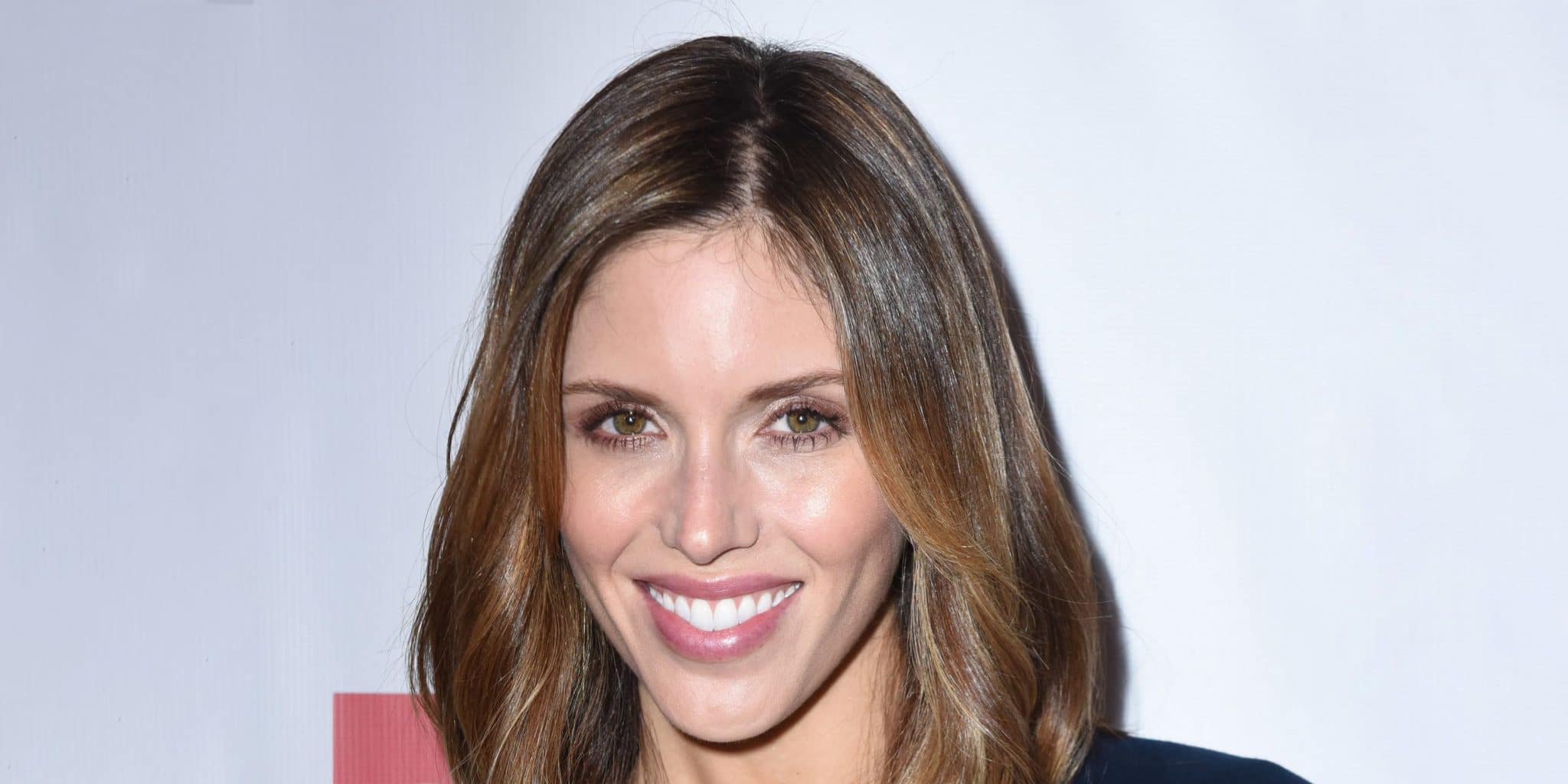 Kayla Noelle Ewell was born in Long Beach, California USA, on 27 August 1985 – her zodiac sign is Virgo and she holds American nationality. She’s an actress who is perhaps known best for her portrayal of Caitlin Ramirez in the long-running romantic drama series “The Bold and the Beautiful”, created by William J. Bell and Lee Phillip Bell, and which has been airing since 1987 counting over 8,200 episodes.

The series today stars Katherine Kelly Lang, Ronn Moss and Susas Flannery, and is about passion, romance and family, among other things. It has won 124 awards out of the 499 it’s been nominated for. Kayla was a member of the main cast in 2004 and 2005.

Kayla was raised in Seal Beach, Orange County, California alongside her sister Jenica and their two brothers by their parents Darrell R. Ewell and Susan M Ewell, who prefer to be left out of media.

She became interested in dancing at quite an early age, so her parents enrolled her at the Orange County Song & Dance Company. Kayla was 14 years old when she was noticed by a talent agent while appearing in a play, and was invited to attend an acting audition. She was then chosen to portray a supporting character in the 1999 mystery series “BloodHounds, Inc”, thus launching her acting career.

Around the time when she enrolled at a local high school, Kayla was also invited to appear in various TV series, such as the mystery crime drama “Profiler”, the comedy drama “Freaks and Geeks” and the drama “The Sullivan Sisters”, however, as her parents realized she wasn’t very active at school because of this, Kayla had to stop acting until after she matriculated in 2003.

The year 2004 saw her play Dianne in two episodes of the critically acclaimed comedy “Boston Public”, which won 13 awards including a Primetime Emmy, while it was nominated for 29 other awards. The following years saw Kayla appear in an episode or two of several series, such as the romantic comedy “The O. C.”, the mystery crime drama “Veronica Mars”, and the crime drama “Close to Home”.

In 2007, she was cast as the supporting character Amy in the hit comedy drama “Entourage” created by Doug Ellin, and which starred Kevin Connolly, Adrian Grenier and Kevin Dillon. It follows the life of the movie star Vince Chase living in Los Angeles, and the series won 14 awards including a Golden Globe. In 2009, Kayla began portraying the supporting character Vicki Donovan in the popular fantasy horror “The Vampire Diaries” created by Kevin Williamson and Julie Plec, and which starred Nina Dobrev, Ian Somerhalder and Paul Wesley. It follows the city Mystic Falls which is home to various mysterious creatures, the series aired from 2009 to 2017 and won 36 awards out of the 102 it was nominated for.

In 2017, Kayla played the lead character Victoria in the short-lived comedy “Me and My Grandma”, and one of her most recent roles in TV series has been in the romantic science fiction drama “Roswell, New Mexico”, in which she portrayed Nora Truman in six episodes between 2019 and 2021.

Kayla made her debut film appearance (uncredited) in the 2006 romantic fantasy comedy “Just My Luck”, which starred Lindsay Lohan, Chris Pine and Samaire Armstrong. The story follows Ashley from Manhattan, who is known to be the luckiest woman in the world, however, this changes after she meets a mysterious young man. The movie was nominated for seven awards.

December is here and I’m feeling it pic.twitter.com/uV0auWhLkA

The following years saw her portray supporting characters in several movies rated as mediocre, such as the 2008 comedy “Senior Skip Day” and thriller “Impact Point”, and the 2009 sports comedy “Fired Up!” Among the first of her leading roles was her portrayal of Norma Cameron in the 2013 drama “A Way Back Home”, which also starred Brett Rice and Austin Stowell, and follows the life of Trey Cole, a famous country singer who returns to his hometown after abandoning it many years before. Kayla then also starred in the 2015 family comedy “How Not to Propose”, which follows a man trying to propose to his girlfriend when an old friend comes along and ruins everything for the two.

Three of her most recent roles in movies have been in the 2018 thriller “A Friend’s Obsession”, the 2019 comedy “The Creatress”, and the 2021 action science fiction thriller “Agent Revelation”.

Kayla has only one producing credit: she worked on the 2016 short thriller movie “Clandestine Dynasty”.

Kayla appeared in the 2004 documentary series “High Chaparall”, and the 2005 documentary series “Car Cruzin’”, and could’ve been seen appearing in various TV specials, such as “The 32nd Annual Daytime Emmy Awards” in 2005, the “78th Annual Hollywood Christmas Parade” in 2009, and “The Vampire Diaries: Forever Yours” in 2017.

Thanks @thelittlemarket for a lovely day celebrating all the powerful women in my life. Excited to know & love you all,…

She has also been invited to various talk-shows, including “Mitch Live”, “Robby D and the Lesser Knowns.” and “Doughboys”.

Kayla announced in May 2015 that she was engaged to Tanner Novlan, a Canadian model and actor. They haven’t shared the details of how and when they met, but it’s believed that they dated for around five years before becoming engaged. On 12 September 2015, the two married in front of their closest friends and family (counting 200 attendees) and in March 2019, it was announced that Kayla was pregnant – she gave birth to their daughter Poppy Marie Novlan on 16 July 2019.

Kayla was in two relationships that the public knows about before meeting Tanner.

In 2006, she began dating Kellan Lutz, an American actor and model perhaps known best for his portrayal of Emmett Cullen in the series of movies “The Twilight Saga”; they were together for two years before splitting for unknown reasons. In 2010, Kayla started seeing Zach Roerig, another popular American actor, but the relationship lasted for only a couple of months before the two broke-up.

As of February 2021, Kayla’s married to Tanner Novlan, and they have one daughter together.

Kayla likes all kinds of art with her favorite being painting, and she has visited various museums and galleries around the USA.

She’s physically very active but rather than going to the gym and working out in four walls, Kayla prefers to dance, to play sports with her friends and go rock climbing. She’s passionate about several other activities, including surfing, whitewater rafting and rappelling. Summer is her favorite season because of all the activities she can take part in, but she still likes winter mostly because of snow.

She loves to travel, and has been to various US states as well as a couple of European countries including Italy and France.

Kayla has her own favorite actors, some of whom are Tom Cruise, Leonardo DiCaprio and Jason Momoa, while a couple of her favorite movies are “The Last Samurai”, “Top Gun” and “Titanic”.

Who is Kayla’s husband Tanner Novlan?

Tanner Novlan was born in Paradise Hill, Saskatchewan, Canada, on 9 April 1986 – his zodiac sign is Aries and he holds Canadian nationality. He is an actor and a model who is perhaps known best for his portrayal of Gregory Manes in the romantic science fiction series “Roswell, New Mexico” created by Carina Adly MacKenzie, and which stars Jeanine Mason, Nathan Parsons and Michael Vlamis. The series has been airing since 2019, and follows a group of aliens living amongst humans.

Okay. I think I just died.

Tanner is quite secretive when it comes to his family, and not a lot is known about his parents or any siblings he perhaps has. He became interested in hockey while attending high school, and upon matriculating in 2004, he started working for a construction company before moving to the USA aged 21, hoping to launch his acting career. He has appeared in close to 20 movies and TV series, with his debut performance having been in the 2009 horror movie “Maneater”.

Tanner has been invited to make a guest appearance in several popular series, such as the crime comedy “Bones”, the comedy “Parenthood” and the mystery crime drama “Rizzoli & Isles”.

He gained recognition in 2016 when cast to play Midas in the comedy “Mohawk Girls”, and most recently in 2020, Tanner was cast to portray the new lead character Dr. John Finnegan in the series “The Bold and the Beautiful”.

As a model, he has posed for the popular brands Tommy Hilfiger and Guess, among others.

Tanner is still a fan of hockey, and occasionally plays it with a group from Los Angeles who call themselves ‘Bad Boys Skate’.