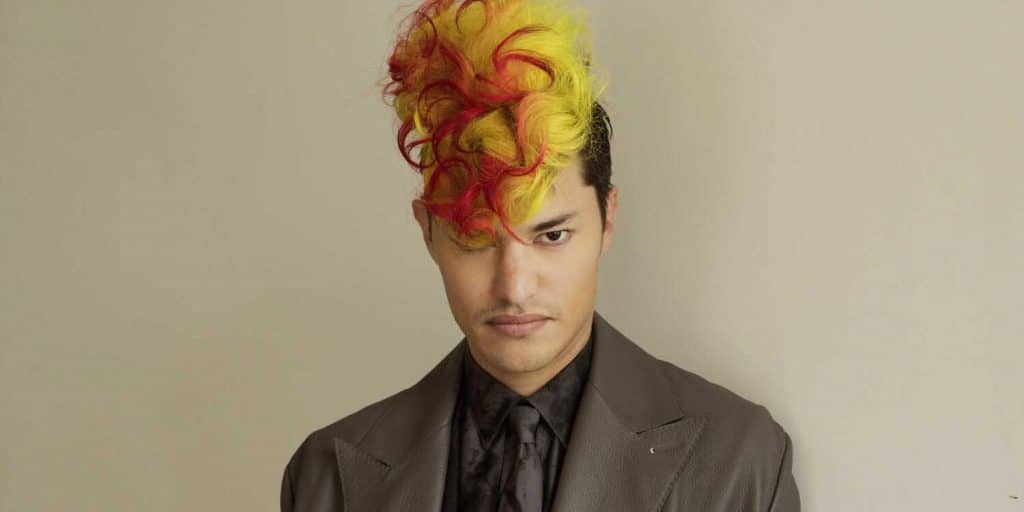 Who is Zach Villa?

Zach Villa was born under the zodiac sign of Aries on 17 March 1987, in Clinton, Iowa USA. He’s an actor, dancer, songwriter/singer and musician, with 21 acting credits to his name. Zach is perhaps mostly known for his role in the series “American Horror Story”, in which he played the serial killer Richard Ramirez, joining the cast in the ninth season. “American Horror Story” is about distinct characters and out of ordinary locations, such as an insane sanatorium, a haunted hotel, and a house with a murderous past. Creators of this series are Ryan Murphy and Brad Falchuk, and this anthology series has 389 award nominations and 128 wins, including 16 Primetime Emmys. One of the stars is the popular American singer Lady Gaga.

Zach was born and raised in Clinton by his parents Larry and Sheryl Villa. His nationality is American, although he comes from a family of Mexican descent. His ethnicity is Caucasian. There is no information about any siblings. As a young boy, Zach showed interest in performing; his parents recognized his talent and supported him, even though they weren’t thrilled with his choice of career, as Zach has said in one of his interviews. However, they saved money for his education, and today his entire family is proud of his success.

He attended IAA (Interlochen Arts Academy) high school in northwest Michigan, one of the most distinguished schools for talented student artists.

He subsequently graduated with a Bachelor of Arts degree in acting from the world famous institution in performing arts education – The Juilliard School in New York.

In 2013, Zach appeared in an episode of the series “NCIS: Los Angeles”, an action drama created by Shane Brennan, and which is about a special unit that has been assigned to solve crime cases in Los Angeles. In 2017, Zach started shooting for the comedy “Dan Is Dead”, alongside Emma Fitzpatrick, Drake Bell and Andrew Lewis Caldwell, appearing in all eight episodes of the first season.

In 2019, his portrayal of Richard Ramirez in the series “American Horror Story” brought him popularity more than any other role he had played.

His character was based on a real life serial killer, known for raping and killing women in Los Angeles in the 1980s. Also in 2019, he had a role in the series “Shameless”, in which he portrayed the character Dax.

Most recently, in 2021 Zach appeared in two episodes of the series “Station 19”, as the character named Charlie. “Station 19” is an action drama about the lives of the crew of a firehouse station.

In 2015, Zach’s portrayal of a young artist Jordan in the movie “Honeyglue” brought him his debut film appearance. Two years later, he acted alongside Rob Brown and Catherine Black in the short movie “A Break In White”, a drama created and directed by Sita Young.

In the following year, Zach was cast to play Arturo in the movie “Destroyer”, of which the director is Karyn Kusama and writers Matt Manfredi and Phil Hay. The movie had 20 award nominations and three wins, all three won by Nicole Kidman, the star of the movie.

As a voice actor, Zach voiced Bishop in the animated action comedy “Archer”, while two of his following roles were in the comedy “ Bordertown” and “The Adventures of Bunny Bravo” (voice role); he‘s also voiced characters in video games, such as “Batman: The Telltale Series” and  “Final Fantasy XV: Episode Ardyn”.

In addition to being an accomplished actor, Zach is also a successful singer and songwriter. Zach launched his musical career as the leader of the band Cylvia.

He plays several musical instruments, including the guitar, violin, bass, piano and drums. In 2016, he formed a band with Evan Rachel Wood, called Rebel and a Basketcase. In June 2016, they released their debut single “Oh Yeah”, and in September their debut album “Rebel and a Basketcase 1” was released. The band disbanded in 2017, and in the next year Zach founded his own record label “Speaker Cat Record”, and at the same time formed the band Sorry Kyle, while they then released their debut extended play (EP).

He has also released his solo single “Revolver”.

There have been numerous rumours about Zach’s sexual orientation and his love life, however, he has only spoken of a single woman whom he has been with.

In 2015, he met Evan Rachel Wood at a cabaret evening at the John Hughes, where they both performed. Not long after that, the two started dating. After having been together for two years, Zach finally proposed to her, and they became engaged in 2017. Their relationship was apparently quite tempestuous, but they were still devoted to each other. However, it appears as that wasn’t enough, as they announced because of some personal matters that they had cancelled their commitment, and continued their lives on different paths.

She was previously married to Jamie Bell, with whom she has one son. Before that marriage, she was engaged to Marylin Manson.

Zach is also a dancer and choreographer; he came up with the choreography for “The Big Apple Circus”. His idols in dancing and singing are Gene Kelly, Sammy Davis Jr. and Donald O’ Connor. If you ask him about his favourite singer, he will answer that it is ‘the one and only Elvis Presley’.

Zach loves to travel, and his dream travel destination is Paris in France.

His acting career has already taken him to many US states and American countries.

Zach is a fan of fast cars and motorcycles.

His favorite actor and actress are Jason Momoa and Angelina Jolie, while some of his favorite movies are “Aquaman”, “Wanted” and “Braven”; Zach also enjoys watching theatre plays.