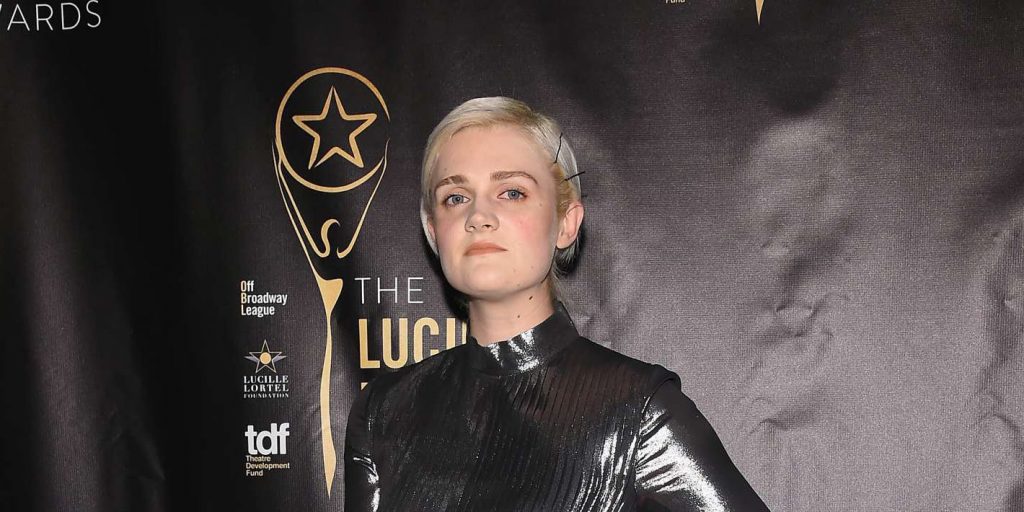 Who is Gayle Rankin?

Gayle Rankin was born in Paisley, Renfrewshire, Scotland, on 1 September 1989 – her zodiac sign is Virgo and she holds British nationality. She’s an actress who’s probably known best for her portrayal of Sheila the She-Wolf in the 2017 sports comedy series “GLOW”, created by Liz Flahive and Carly Mensch, and which starred Alison Brie, Marc Maron and Betty Gilpin. It aired from 2017 to 2019, and followed female members of a wrestling organization in the ‘80s in Los Angeles, California; the series won 12 of the 108 awards for which it was nominated, including two Golden Globe nominations.

Gayle was raised in Scotland, but is amongst the most secretive of actresses, as she hasn’t spoken about having any siblings which is why she’s believed to be an only child, nor about her parents either, as they prefer to be left out of the spotlight.

Gayle attended Mearns Castle High School, at which she became interested in acting after being invited by her drama teacher to appear in a school play. During her time at Mearns, Gayle was interested in playing various sports, including soccer and handball and upon matriculating in 2007, she enrolled at the New York City’s prestigious Juilliard School, becoming the first Scottish person to attend the school. She obtained her Bachelor of Arts degree in 2011, and then focused on her acting career.

Gayle has appeared in only four TV series including “Glow”. She made her debut TV series appearance in 2012 with her portrayal of Holly Schneider in the episode “Theatre Tricks” of the mystery crime drama “Law & Order: Special Victims Unit”, created by Dick Wolf, and which has been running since 1999. It stars Mariska Hargitay, Ice-T and Christopher Meloni, and follows several detectives solving sex-related crimes in New York – the series has won 55 awards including a Golden Globe, and has been nominated for 157 other awards.

In 2012 as well, Gayle appeared in the episode “The Tal Pidae Leshtucke” of the comedy drama “My America”, which starred Maechi Aharanwa, Greg Allen and Pascale Armand, and is a ‘portrait of the American collective psyche’, shown through a series of monologues written by popular playwrights.

In 2020, Gayle played one of the lead characters, Emily Dodson in the crime drama “Perry Mason”, created by Ron Fitzgerald and Rolin Jones, and which also stars Matthew Rhys, Juliet Rylance and Chris Chalk. It follows a defense lawyer who has been given a very hard case in 1932 Los Angeles; the series has won one of the 11 awards for which it has been nominated, including a Golden Globe nomination.

Gayle has been credited with appearing in 18 movies – she made her debut film appearance in 2012 with her portrayal of Molly in the drama “Warfield”, but which failed to attract any attention.

The following years saw her portray supporting characters in several apparently mediocre movies, such as the mystery thriller drama “Frank the Bastard”, the 2013 drama “The Missionary”, and the 2013 short comedy “It Goes Quiet”. Gayle was then invited to star in various other shorts, such as “The Meeting”, “Girl Wakes Up” and “Buzzer”.

The year 2017 saw her play the supporting character Pam in the critically acclaimed comedy drama “The Meyerowitz Stories”, written and directed by Noah Baumbach, and which starred Adam Sandler, Grace Van Patten and Dustin Hoffman. It follows many family members who have gathered in New York City to celebrate their father’s artistic work – the movie won four of the 11 awards for which it was nominated. The same year saw her play Queen Victoria in the hit biographical musical drama “The Greatest Showman”, which starred Hugh Jackman, Zac Efron and Michelle Williams, and follows a visionary who has created a spectacle in show business and become famous all around the world. The movie won 18 awards and was nominated for 35 others, including an Oscar nomination.

A couple of Gayle’s following roles were in the 2018 romantic comedy “Irreplaceable You”, the 2018 comedy drama “In a Relationship” and the 2018 musical drama “Her Smell”.

In 2019, she played Marissa in the comedy drama “The Climb”, written and directed by Michael Angelo Covino, who also starred in it alongside Gayle and Kyle Marvin. The film follows the friendship between two men, and won three of the 10 awards for which it was nominated.

Gayle’s most recent movie role has been her portrayal of Jane in the 2019 short drama “Jane”, while she’s currently shooting for the upcoming biographical comedy drama “Moon Manor”.

Gayle’s featured in the 2017 documentary drama movie “I Am Seagull”.

In 2018, she sang the songs “Another Girl, Another Planet” and “Breathe” in the movie “Her Smell”.

Gayle made a guest appearance in the talk-show “Collider Ladies Night” in 2020.

She and her colleagues have been nominated for three awards for their performance in the series “Glow”. In 2018, they were nominated for a Gold Derby Award for Ensemble of the Year, and in both 2018 and 2019 for a Screen Actors Guild Award for Outstanding Performance by an Ensemble in a Comedy Series.

Gayle’s very secretive when it comes to her love life, and hasn’t shared the details of any men or women she has perhaps been with, which is mostly why there are various rumors circulating the internet concerning both her relationship status, and her sexual orientation.

Some sources claim that Gayle’s today in a relationship with a mysterious man who’s said to be a moviemaker. The two have apparently been seen spending time together on various occasions by Gayle’s fans, but no evidence has been provided to support these claims, nor has Gayle commented on this.

There are also those who believe her to be lesbian, and that this is why she hasn’t spoken of any men whom she has perhaps dated. A fan had even written on the website Reddit about having seen Gayle being rather too close to her female friend at a club in Los Angeles, but the post has since been deleted.

As of April 2021, Gayle appears to be single, hasn’t married and doesn’t have children.

Gayle’s main hobby is travelling, and she’s been all around Europe, visiting countries such as Italy, France and Germany. She has also been to various US states, including Florida and Arizona, but still prefers to travel around Europe.

Gayle’s a lover of animals, and volunteered at an animal shelter in her hometown during her early teenage years. She has had a couple of pet cats over the years, as well as a pet dog.

She likes to listen to music and her two favorite bands are Fleetwood Mac and The Lumineers, while she’s also keen on listening to Ed Sheeran.

Gayle’s keen on reading books and has read numerous – her two favorite genres are history and mystery.

In her spare time, she enjoys watching movies starring her favorite actors and actresses Will Smith, Scarlett Johansson and Julia Roberts, such as “I Am Legend”, “Lost in Translation” and “The Runaway Bride”.