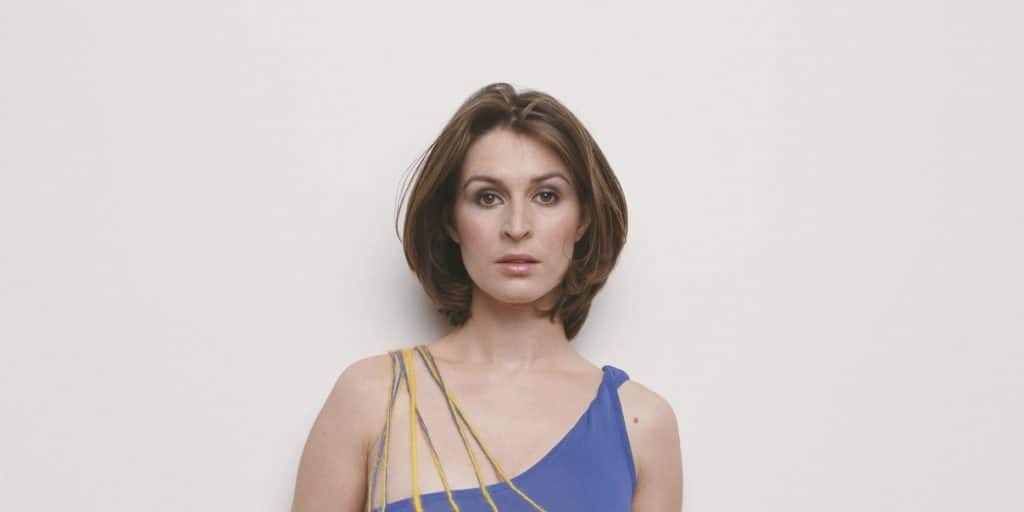 Who is Helen Baxendale?

If you are a crazy fan of the famous American show ”Friends“, then you must remember Emilly, Ross’ girlfriend, who was portrayed by Helen Victoria Baxendale. She is an English actress who’s appeared in various popular British TV series. She was born on 7 June 1970 in Pontefract, West Riding of Yorkshire – her Zodiac sign is Cancer, and she holds British nationality.

Helen spent her childhood in Shenstone, Staffordshire, and attended Kind Edward School VI Lichfield, a co-educational comprehensive school. At a young age, she expressed a desire to become a ballet dancer and pursued her goal by enrolling at the Elmhurst School for professional ballet dancers in the UK. For some reason she had a change of heart, and dropped out at the age of 17 in hopes of pursuing an acting career.

She switched to Bristol Old Vic Theatre School, then in the period 1992-1995, worked at the Glasgow Citizen’s Theatre.

Her parents’ names are William and June Baxendale. There is not much information about her parents, while on the other hand, her sister, Katie Baxendale, has also been present in a similar field to Helen’s. She is a screenwriter, mostly known for writing popular TV dramas, active since 1997, and has worked on various successful projects such as ”Eastenders“,”At Home with the Braithwaites“, and ”Fat Friends“. She also worked as a writer for the production of the popular teen drama ”Sugar Rush“, which was nominated for BAFTA in the category for Best Drama Series, and in 2006 the popular teen series won an Emmy Award.

It seems that talent runs in the Baxendale family, given that both sisters have managed to establish themselves in the field of show business.

The talented British actress had her first break in 1993 with ”Cardiac Arrest“, a medical drama in which she played the role of Dr. Claire Maitland; in 1995 she garnered a Scottish BAFTA nomination  for her performance in the show. During her long career she’s benn credited in various British TV series, such as ”Cold Feet“, ”Midsommer Murders“, ”Poirot“, etc. In ”Cold Feet“  she portrayed the role of Rachel Bradley, which earned her a British Comedy Award nomination in 1997; upon initial airing, it quickly became everyones favourite comedy show, and just another testament to its popularity is the fact that it won over 20 major awards, and the success definitely catapulted Baxendale and her co-stars into the limelight.

With such propensity to TV show business, she soon took the starring role of Cordelia Gray in ”An Unsuitable Job for a Woman“, a mystery drama series based on the novel of the same name by P.D. James, aired from 1997 through 1999.  Her second most notable reocurring role was in the iconic American comedy show ”Friends“, appearing as Emily Waltham, successively Ross Geller’s girlfriend, wife and ex-wife. Given the collosal success of the series, it gave Helen the needed public exposure to the American market. She appeared in the total of 14 episodes, until her character was discontinued after season four.

Continuing in the same tone, Helen played the role of Lorna Johnson in other popular crime shows, such ”Truth or Dare“ alongside John Hannah, ”The Investigator“, and ”Dead by Monday“.

The latter show garnered her a second Scottish BAFTA nomination for her role of Lorna Johnson, and which also proved to be an international success, winning the Angel Award for Best Film at the Monaco International Film Festival in 2003.

In 2001 she took the role of Pandora Braithwaite in ”Adrian Mole: The Cappuccino Years“.

As a versatile and flexible actress, for a change in 2008 she appeared in the psychological drama film “Swimming with the Sharks“ with Christian Slater. From 2011, she continued to star in a variety of crime shows and dramas, such as “Kidnap and Ransom“, ”Village SOS“, and ”Dirk Gently“. She was a part of the popular sitcom ”Cuckoo“ from 2012 to 2019, and one of her recent roles was in ”Noughts+Crosses“, broadcast in March 2020.

Why did she quit Friends?

The fact is that the role of Emily which Helen portrayed in the „Friends“, brought her exposure and fame, but as she put it, that fame was a two-way-street. Reportedly, Helen became pregnant with David at the end of the fourth season, and hence had to exit the show. In an interview, she said she never regretted choosing a family instead of a career: “Fame just didn’t fit in with my life. I don’t know how much would have come from staying in the States anyway. I didn’t want to live in America, when all my circumstances were leading me back to Britain. I don’t regret it for a minute.“ The talented actress also said that it was really hard for her to cope with the fame: ‘You couldn’t walk down the street to buy a pint of milk. In fact, you couldn’t go anywhere.

It was impossible to mix with the crowd, and do what ordinary people do. I saw it as a gilded prison. It was something I wasn’t prepared for. But it was quickly forgotten. I don’t get the same attention now.“

Since 1993, Helen has been married to David L. Williams, and they have three children together: Nell Marmalade (20), Eric Mustard (18), and Vincent Mash (13). When asked about the unusual children’s middle names she replied ‘They were a bit of stupidity on the way to the registry office.“ According to reports, Helen and her husband are living together in London. For a couple who have been together for almost three decades, they must know the secret of a long and prosperous marriage, which is quite rare for celebrities.

It seems that both of them share the passion for the art of making, but also some important social notions and ideas.

Briefly about her husband

David L. Williams is an American and British producer and writer, who began his career as an actor, but eventually drifted to other professions. He worked at the Almeida Theatre and Glasgow Citizens Theatre, where he reportedly met Helen. His debut performance was in 2009’s  ‘Beyond the Pole“,which won nine awards. The British mockumentary was one of his first attempts at combining comedy and his campaigning work. He is a vigorous advocate for the betterment of society, protection and preservation of the natural environment. Most of his projects are a mixture of his love for comedy, infused with charity or campaigning work. In 2000 he founded Shooting Picture, a production company with Baxendale.

Since its founding, he has led more than 100 shots on different continents. He is also known for another comedy show called ”Flypishing“, which sold in 30 countries.

It is estimated that Helen’s net worth is around $3 million, which she’s accumulated through her active and on-going acting career. It is believed that her recurring roles in ”Cold Feet“ and ”Friends“ significantly raised her exposure to other markets, and so augmented her wealth. According to reports, actors in“Friends“  in the first five seasons were reputedly paid the astonishing amount ranging from $75,000-$125,000for the series, and after the show became bigger and earned ‘cult’ status, the actors were paid between $750,000-  $1 million.

Helen is 5ft 6ins (168cm) tall , while her weight is unknown. She has brown hair and brown eyes. As of 2020, she is 50 years old and maintains a fit figure, however, her vital statistics are unknown.

It seems that Helen is not a fan of social media, considering she uses neither Instagram nor Twitter.

Was she ever involved in a scandal?

In her long and prolific acting carrer, Helen has never been linked to any scandal or controversy.