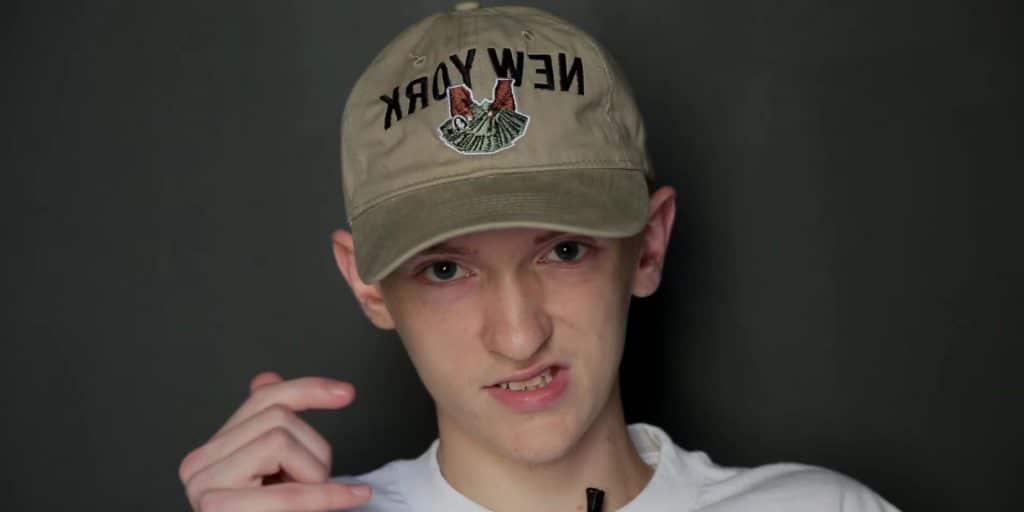 Who is Slim Jesus?

Clarence Smith, known better by his artistic name – Slim Jesus, was born under the zodiac sign of Aries on 10 April 1997, in Hamilton, Ohio USA. He is a rapper, perhaps mostly known for his song “Drill Time”, released in 2015. As of August 2021, a video for this song has been viewed over 59 million times.

Slim Jesus was raised in Hamilton, solely by his mother; there’s no information about his father or any siblings. This young artist struggled through life living in a rough neighbourhood, being bullied at a local elementary school, and dealing with an impecuniosity. Slim Jesus and his mother often had no money to provide for even one meal for days. His mother is also an artist, but she had to work all kinds of jobs.

Wanting to help his mother financially, Slim Jesus tried his luck as a drill rapper. Perhaps these were the reasons why he didn’t  even attend high school, matriculate, or pursue a degree.

In his early age, Slim Jesus showed interest for drill rap, which is a style of a musical style interpreted with violence, nihilistic lyrics and sinistrous beats. he started his career as a rapper in his teens, rapping on the streets of Hamilton with his friends. Not long after, he got his first nickname – Swag Jesus. His songs were about killing and guns, money and fast cars; but that wasn’t the way of life that he was living.

Slim Jesus created music in his room, which he posted on his YouTube channel, dreaming about fame and abundance, however, the number of his fans was insignificant. In 2015, he changed his moniker from Swag Jesus into Slim Jesus, because of his slim body shape, as he announced in one of his videos. In the same year his popularity grew when he released his first official track on his SoundCloud account, entitled “Drill Time”. This viral hit had more than 11 million spins.

After having uploaded an official video onto YouTube, Slim Jesus got his chance to fulfil his dream.

Teenagers all over the world started sharing the video on various social media networks, such as Instagram, Facebook and Twitter, and it gained more than 100,000 views in a few days. According to Slim Jesus, he should be thankful to the online magazine “Bosip”, which published an article about his video, and helped it go viral. In the same year, Slim Jesus released the songs “She Just Wanna”, “Finesse”, “Minut Made Lemonade”, and “Clout”, but these were not as well received by his fans.

In the following year, to gain more fans and followers on the multimedia platforms and social media, he collaborated with several famous rappers, including I.L. Will.

He released a couple of noteworthy songs, such as “Free Smoke”, “On the Block”, “IDGAF”, but the year 2017 was more advantageous for him. He produced remixes of already popular songs, and after having released two hit songs – “Warning Shots” and “Major League” – it seemed that Jesus Slim was ‘back in the saddle’, but unfortunately, his live concerts have never been appealing to an audience.

Slim Jesus hasn’t spoken about his love life. Nevertheless, there have been some rumours about his sexual orientation. According to one of his close friends, he has had at least one relationship, but hasn’t revealed who that person was, or if it was a man or a woman.

In his songs, he raps about going out with a lot of women, and about treating them with money, drinks and presents, but there isn’t even one picture, or proof about him dating any of them.

This young artist mentioned in one of his interviews that the reason why he started his professional career in rapping was his idol Chief Keef, an American rapper from Chicago. Actually, drill music is originally from a ghetto in South Side, Chicago.

Since Slim Jesus is from Ohio, and as he has revealed, he didn’t have any act of transgressing, so the public called him ‘a fake rapper’, as did one of his musical opponents Lil Mouse, a teenage rapper from Chicago, who dissed Slim Jesus with a track called “Kill Time”.

In the song, Lil Mouse didn’t mention Slim’s name, but everyone who listened to the track realised that the disrespectful words were addressed to Slim Jesus. Lil Mouse was angry with him, because he sang about something that he had never seen or experienced.

How did Slim Jesus die?

In 2016, the news of Slim Jesus’s death resounded around the internet. The magazine „Huzlers“ announced that he was killed in a drive-by shooting in front of his house in Hamilton.

It is assumed that this young artist was killed while he was filming a music video for his new song. When the shooting started, Slim’s friends ran away, and he was the only one hit – by three bullets. The car drove by and then came back to take his body. The shooters placed Slim Jesus’s body on a cross made of wooden boards. They nailed his feet and hands to the cross, probably trying to imitate the crucification of Jesus Christ. They also wrote on his stomach, with black spray, reading “ I wanna be Jesus so bad”. It seems that the authorities haven’t been able to find the perpetrators of this crime.

Eventually, it was confirmed that this was all just marketing, but there’s still a veil of secrecy about what truly happened to this young rapper.

One thing’s for sure, his latest video for the song “Splurgin”, uploaded onto YouTube on 19 February 2021, has over 230,000 views and 1,300 comments. Whether they hate him or admire him, they are still talking about Slim Jesus and his music.