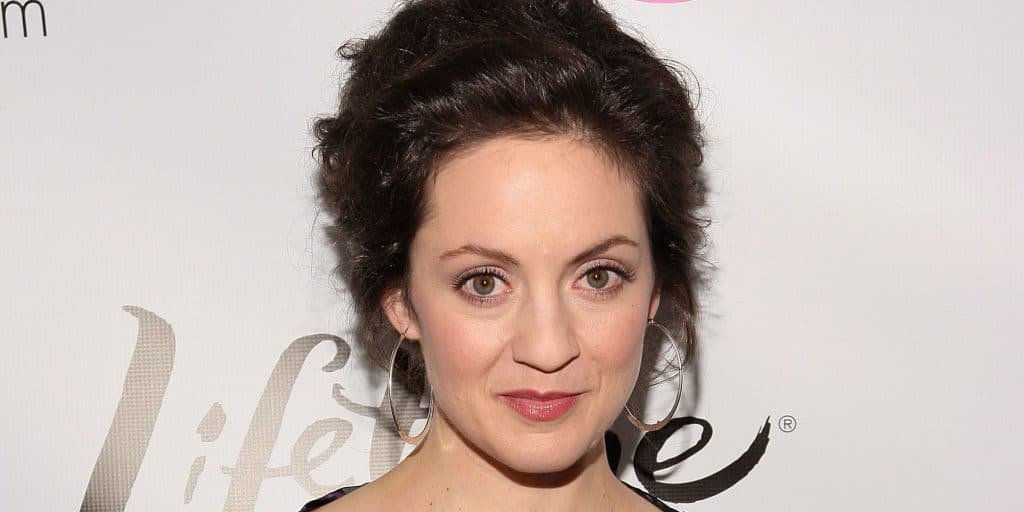 How Much does Kali Rocha earn? Age, Ethnicity, Husband, Children

Kali Rocha is a famous American actress and writer, who is possibly best recognized for her roles in “Grey’s Anatomy” (2005) and “Man With a Plan” (2016). She is also known for being the wife of Michael Krikorian.

To find out all details about Kali Rocha and how much she earns, dive in and enjoy this biography.

Kali Michele Rocha was born on 5 December 1971 under the Sagittarius zodiac sign, in Memphis, Tennessee USA to Elvita and David T. Rocha, parents of Portuguese, English and Irish origin. While the actress holds American nationality, she also retains her rich cultural heritage.

Just a few years after her birth, the family relocated to Providence, Rhode Island where Kali and her brother Sean Rocha, were raised. Not much is known of Kali’s early life and educational background. However, she graduated from the School of Drama in Carnegie Mellon University, Pittsburgh, in 1993.

She then moved to New York City to pursue a career in acting, where she lived for eight years before relocating to Los Angeles, California.

Kali’s brother, Sean now works as a writer and photographer, while her cousin Rayna Russom, is a musician and music producer.

While in New York, Kali took on minor roles in stage plays to gain recognition. In fact, she kick-started her acting career on stage in the August 1993 revival of “In the Summerhouse”, a play written by Jane Bowles which was performed at the Vivian Beaumont Theater, Manhattan, New York US. She then appeared in various stage productions both on and off-Broadway, including “Noises Off” and “The Altruists”. Kali hopes to return to theater someday, when her children are older.

Kali Rocha made her on-screen debut in 1996, when she played the role of Mercy Lewis in “The Crucible”, an American historical drama written by Arthur Miller. In “Meet the Parents” (2000) – an American comedy series directed by Jay Roach – she played the role of the Atlantic American flight attendant who argued with Greg Focker (Ben Stiller), a role she reprised in the 2004 series “Meet the Fockers”.

Subsequently, she landed a major role in “TiMER” (2009), the  science fiction film written and directed by Jac Schaeffer, in which she played Patty the Matchmaker.

She made her television debut in 1997, as Eliza Wilkinson in the TV miniseries “Liberty! The American Revolution”. The following year, she played Flossy Whitcomb in the Hallmark Hall of Fame television film, “The Love Letter”.

⁦@CBS⁩ ⁦@ManWithAPlan⁩ So beyond happy- ❤️ this cast, crew and writers! Here’s to a great Season 3! https://t.co/Wzpan0MOfy

Kali Rocha made a minor appearance in “Grey’s Anatomy” for eight episodes of the show in 2006 and ‘07, playing the interesting fourth-year resident surgeon, Dr. Sydney Heron. She appeared in 13 episodes of “Sherri” in 2009, then landed a lead role in “Liv and Maddie” (2013-17) – her first in a children’s film – as Karen Rooney, mother of Liv and Maddie, vice principal of Ridgewood High. She was actively involved in the TV series opposite actors Dove Cameron, Joey Bragg and Lauren Lindsey Donzis.

While the production of “Liv and Maddie” was ongoing, she landed a recurring role in “Man With a Plan” in 2016, in which she played Marcy Burns, however in 2018, the third season of the show, she was upgraded to join the main cast. The American sitcom was created by Jackie and Jeff Filgo, and starred Matt LeBlanc, Grace Kaufman and Liza Snyder.

It is evident that Kali Rocha has had an interesting career in the entertainment industry; during an interview, she mentioned that prefers comedic roles to sad ones. She shared that she often takes roles in comedy because she really likes laughing, and making other people laugh.

Kali Rocha has an interest in scriptwriting, and while she’s written some episodes and a minor comedy show, she hopes to pursue that career in a bigger way soon. Her fans are no doubt excited to see what she embarks on next.

Although Kali Rocha is a celebrity, she has expertly managed to keep her personal life private. The actress married American writer Michael Krikorian in 2006, and the following year they welcomed a son: Barlow Aix Krikorian.

Few years later, the couple had a daughter who they named Savria Dune Krikorian.

When asked about creating a balance between acting and being a mom,  Kali shared that she brought her kids on set a few times when she was filming for Disney. She was confident that they would only see things that were okay for them to watch.

The actress and her family now reside in Los Angeles, California.

As per her dressing style, Kali appears to place comfort over everything else. This is why she often dresses in comfortable, yet classy gowns, and at other times, she goes with sweatpants and hoodies.

After two decades of consistent acting, Kali Rocha has an estimated net worth of $1.7 million as of mid-2021. She possibly earns additional income through some personal projects. There is currently no information available on property owned by Kali and her husband, Michael.