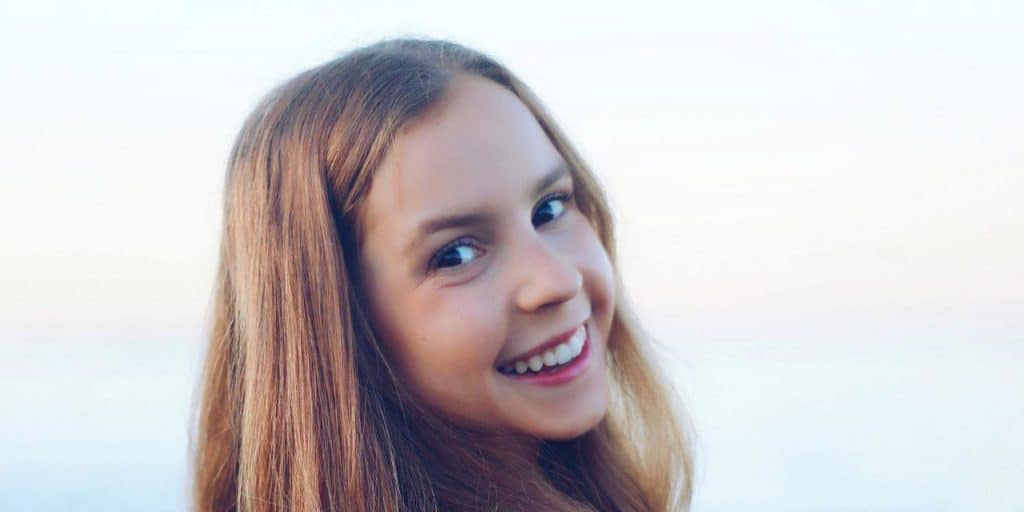 How old is Anna McNulty? Age, Height, Net Worth, Measurements

Who is Anna McNulty?

Anna McNulty was born in Saint John, New Brunswick, Canada, on 26 April 2002 – her zodiac sign is Taurus, and she holds Canadian nationality. She’s a social media star, a self-taught contortionist and a gymnast, who’s probably known best for her Instagram account, which is today followed by close to 950,000 people. She’s uploaded over 700 pictures, most often featuring herself doing yoga, and while she is in her contortion poses.

Anna was raised in Saint John alongside her older sister Grace, by their parents who prefer to stay away from the media’s attention, thus nothing about them is known; it’s believed that their father’s the owner of a small grocery store, and that their mother’s working in it.

She became interested in gymnastics at a very early age, and her parents paid for a private gymnastics coach when she was five. Anna was also interested in dancing, and then in acting, but soon learned that she possessed no skills for it. She attended a local high school at which she was interested in sports, and also became a cheerleader. Anna has matriculated just recently in the second half of 2020; it doesn’t appear that she’s planning to enroll at college.

She has a Facebook page too, which is followed by more than 4,000 people, but it appears that Anna hasn’t been active on it since 12 September 2017, when she updated her profile picture.

She’s a TikTok star, having amassed more than 6.3 million followers, and close to 120 million views of all her videos combined. Anna mostly uploads videos which feature her showing how flexible her body is.

Anna launched her YouTube channel on 25 January 2014, and it’s today subscribed to by more than 2.1 million people, and numbers over 234 million views of all her videos combined.

Her description reads ‘Welcome to my channel where I share free flexibility routines, workouts, acro tutorials, and lots of other fun videos! My goal is to help inspire everyone at all flexibility and fitness levels to achieve their goals.’

Anna’s most popular video – “My Morning Routine for High School” – has been watched close to eight million times since 9 November 2018, and several people have claimed to have adopted her morning routine. Her second most popular video, “Stretches for the Inflexible! Beginner Flexibility Routine”, has been seen over seven million times since 18 May 2019, and serves to help those who want to make their bodies more flexible.

We’ll also mention her third most popular video – “How to get Flexible Legs for Beginners” – which has been watched over six million times since 25 March 2018, and as the title suggests, Anna shows her fans the exercises that one’s supposed to do if they want to have flexible legs.

Contortion, sometimes referred to as contortionism, has origins in Asian traditions, especially in Buddhist Tsam dances. The skills of these dancers encouraged other people to practice contortion, and it has also been connected to yoga and meditation.

There are various contortion skills which are especially popular today.

Today, Russia is the home of modern contortionism, and it’s mostly used by circus performers.

Anna’s very secretive when it comes to her love life, and hasn’t spoken of any boys or girls whom she might have dated, which is one of the reasons why there are rumors circulating the internet concerning both her current relationship status and her sexual orientation.

Many of Anna’s fans believe her to be lesbian, mostly because she hasn’t been seen spending time with any boys, and because she often features her female friends in her Instagram pictures and YouTube videos. A fan has claimed to have seen Anna kissing someone who could be her girlfriend, but no proof has been provided to support these claims, nor has Anna commented.

There are also those who claim that she’s today in a relationship with a boy, but that she’s keeping him away from the media’s attention; this hasn’t been confirmed either.

As of May 2021, Anna seems to be single, hasn’t married and doesn’t have children.

Anna’s physically highly active as she trains every day, but avoids going to the gym, believing that she can do all her exercises at her home.

She’s keen on travelling, and has already been to a couple of US states, while she’s hoping she’ll soon be able to visit several European countries, including her favorite – France.

Summer is her favorite season, mostly because she enjoys being at the beach, playing beach volleyball and swimming in the ocean.

She’s a huge lover of animals, but has no pets because she believes she wouldn’t have enough free time to take proper care of them.

Anna likes to watch animes in her spare time – her two favorites are “Cowboy Bebop” and “Fullmetal Alchemist: Brotherhood”. She also enjoys watching animated movies made by Studio Ghibli, with her favorite being “Howl’s Moving Castle”.

Anna’s also into watching Hollywood movies – her favorite actor and actress are George Clooney and Natalie Portman, and a couple of her favorite movies are “Ocean’s Eleven”, “Batman & Robin” and “Leon: The Professional”.