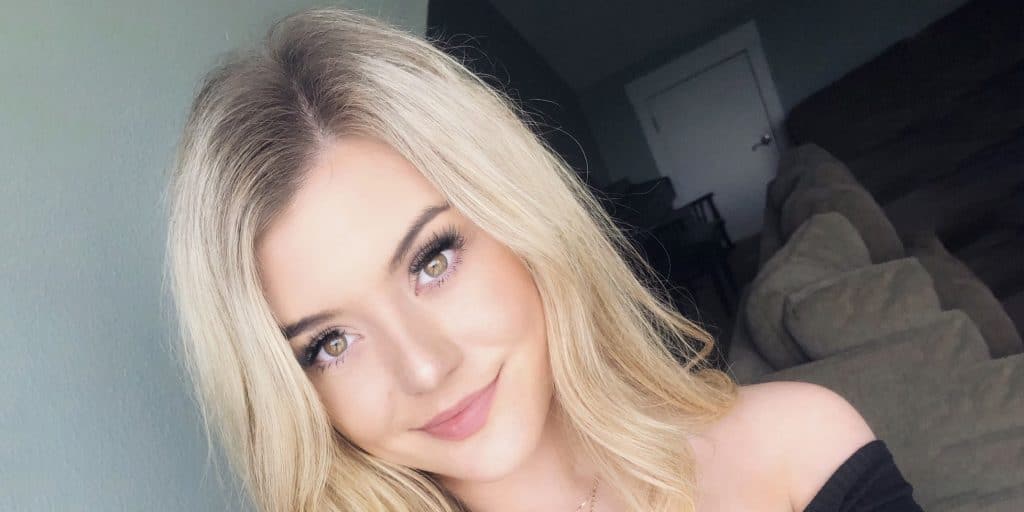 How old is BrookeAB from Twitch? Boyfriend, Age, Net Worth

Ashley Bond – BrookeAB – was born in Alabama, USA on 15 March 1998 – her zodiac sign is Pisces and she holds American nationality. She is a gamer and a social media star, who might be known best for her Twitch channel onto which she mostly livestreams while playing the popular video game “Fortnite”.

BrookeAB was initially raised in Alabama alongside her siblings by their mother and father, however, she hasn’t shared any details concerning her family with the public, except that they moved to West Coast when she was around seven years old.

BrookeAB attended a local high school at which she was physically quite active, as she played various sports including soccer and tennis. She became interested in playing video games at around this time, and was advised by her closest friends to either launch her YouTube or Twitch channel. BrookeAB chose to wait her career on the internet, and to focus on her education, so after matriculating in 2016, she enrolled at a college from which she graduated with a Bachelor’s degree in psychology in 2020.

Career as a gamer and social media star

BrookeAB joined Twitch on 15 April 2018, and her channel today numbers around 960,000 followers, making her the owner of the 801st most followed Twitch channel.

Her livestreams have been viewed a total of 14.3 million times, and she has an average of 3,000 viewers per livestream, while her highest recorded number of concurrent viewers is 33,073. As of 8 January 2021, BrookeAB has spent around 2,270 hours streaming, including 878 hours of playing “Fortnite”, 317 hours chatting with her fans, and 248 hours playing “Minecraft”.

BrookeAB is also running her YouTube channel, which she launched on 7 July 2018 and it today numbers over 310,000 subscribers and close to 15 million views of all her videos combined. She mostly uploads gaming videos as well as those taken during her everyday life – her most popular video “BrookeAB | SURPRISE BIRTHDAY VLOG w/ SYMFUHNY!!” has been watched close to 1.2 million times since 21 December 2019.

On 30 October 2019, BrookeAB joined the gaming organization 100 Thieves based in Los Angeles, California, and which has teams competing in various popular games such as “Fortnite”, “League of Legends” and “Call of Duty: Warzone”. BrookeAB currently lives at their content house. The organization has been valued at around $190 million.

BrookeAB is active on several other social media networks; she’s very popular on Instagram as she’s followed by more than 820,000 people, while she’s uploaded around 110 pictures, most of which have been taken during her everyday life. She’s been active on Twitter since June 2018, and has amassed over 520,000 followers, while she tends to tweet at least once a day. BrookeAB is also very active on TikTok, as her account numbers around 650,000 followers and over eight million ‘likes’ of all her videos combined.

BrookeAB is quite open when it comes to her relationship with Mason Lanier, a famous American Fortnite player. The two met on 27 July 2019, and BrookeAB went on to post the picture of their meeting onto her Instagram account, writing how she had to wait a couple of hours in line just to meet him. A few months later on 22 October 2019, she uploaded a picture of the two at an amusement park, announcing that they were together by saying that he makes her the happiest girl in the world. Both of them have since regularly been uploading pictures that feature them together, and there are rumors circulating the internet that they also live together, however, neither have confirmed this.

BrookeAB hasn’t talked about any other boys she might have dated before meeting Mason, and as of January 2021, she is in a relationship, hasn’t married and doesn’t have children.

BrookeAB’s favorite season is summer, as she enjoys wearing comfortable clothes, sun tanning at the beach and swimming in the ocean. She likes the feeling of sun on her skin, so isn’t a big fan of winter and snow.

She likes to watch sports, and has uploaded a picture onto her Instagram account from the Super Bowl LIV game, played on 2 February 2020, which she and her boyfriend attended together with a couple of their friends.

BrookeAB likes to travel and enjoys visiting attractive touristic locations such as Disneyland in Anaheim, California, which she visited with her boyfriend in October 2019.

Who is Mason Lanier?

Mason Lanier, known better by his gaming nickname Symfuhny, was born in the USA on 21 December 1999 – his zodiac sign is Sagittarius and he holds American nationality.

He is a gamer who is probably known best for his Twitch channel, which is followed by close to 2.9 million people, making him the owner of the 99th most followed channel.

Mason is very secretive when it comes to his personal matters, and hasn’t shared any details regarding his parents and siblings. He attended a local high school at which he was quite active, as he practiced acting and played both soccer and football. Upon matriculating in 2017, he chose not to enroll at a college but to focus on his career on the internet.

Mason has spent a total of 8,750 hours livestreaming on Twitch, and these livestreams count over 63 million views together.

He has an average of 12,200 viewers per stream, while his highest recorded number of concurrent viewers is 47,884. Mason mostly plays the game “Fortnite”, but can also be seen playing “Call of Duty: Warzone”, “Minecraft” and “Call of Duty Black Ops: Cold War”.

He is also a YouTuber, having launched his channel on 23 April 2014, and it today numbers around 960,000 followers and close to 58 million views of all his videos combined. He mostly uploads videos taken during his gaming sessions, and his most popular video – “Streamers REACT To Symfuhny “CHEATING” Accusations” – has been viewed over 2.8 million times since 20 June 2020.

Mason is also very popular on Instagram, followed by more than 2.5 million people, and has uploaded around 730 pictures, most of which have been taken during his gameplays.