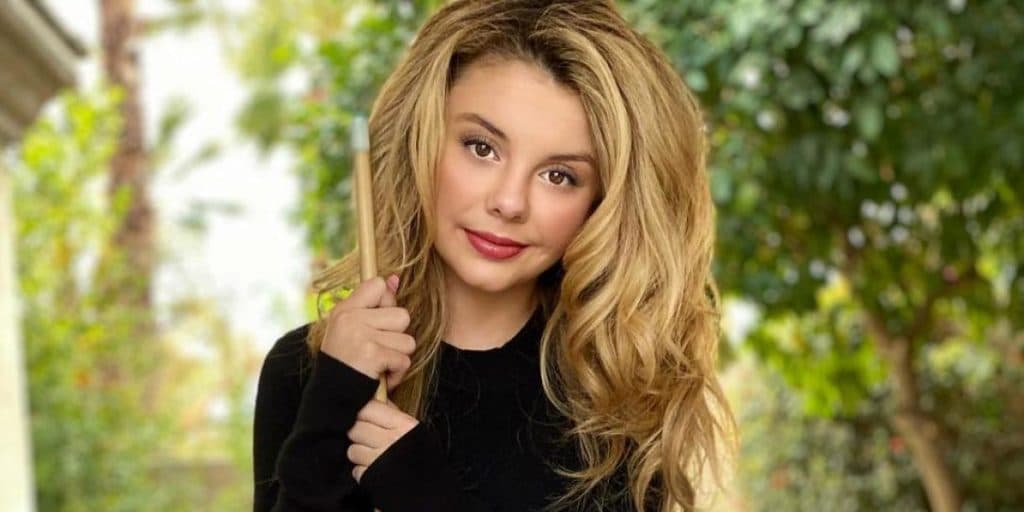 Who is Mallory James Mahoney?

Mallory James Mahoney was born on 31 January 2005 under the zodiac sign of Aquarius, in Fort Worth, Texas USA. She is a 16-year-old actress, probably best recognized for landing the role of Destiny Baker in the Disney Channel comedy series “Bunk’d” (2018-present), and featuring as Ainsley Riches in the Netflix teen comedy-drama series “On My Block” (2020).

How rich is she, as of now? Mallory James Mahoney Net Worth

As of mid-2021, Mallory James Mahoney’s net worth is estimated at over $1 million acquired through her successful involvement in the world of entertainment as a professional teen actress, who has garnered nine television and film acting credits since she launched her career in the mid-2010s.

Mallory James Mahoney spent her early years in her hometown of Fort Worth, where she was raised by her father, Michael Mahoney, and her mother, Natalie Griffin Mahoney; the professions of her parents haven’t been revealed to the public yet, and it’s also unknown whether she has siblings or not. She holds American nationality and belongs to White Caucasian ethnic group. Regarding her education, Mallory was a straight-A student at River Trails Elementary School in her hometown.

Mallory James Mahoney developed her love for acting at the age of five when she attended a children’s play, while she started performing on stage in the following year. It didn’t take long until she was spotted by talent agent Dee Ann Vernon, and introduced to acting coach Cathryn Sullivan. Subsequently, she started her professional acting career by making an appearance in a commercial for Chuck E. Cheese, which brought her many other opportunities.

Shortly afterwards, Mallory turned to television and film, making her debut with the role of Jenny in the 2014 short comedy film “Dig”, alongside Craig Cole and Augustine Frizzell. Written and directed by Toby Halbrooks, the film was shot in just three days. During the same year, she also featured as Joan Jett in the Fox comedy pilot “Sober Companion”, sharing the screen with Pete Davidson, Nick Frost and Justin Long; however, the series wasn’t picked up.

It was followed by her portrayal of Eleanor in the made-for-TV short comedy film “Tough Cookie” in 2015.

Mallory James Mahoney’s big break came in 2016, when she was chosen to play Katy Cooper in the Disney Channel adventure comedy film “Adventures In Babysitting”, alongside Sofia Carson and Sabrina Carpenter; directed by John Schultz it was based on the 1987 film of the same title.

Later that year, she had a guest part as Megan in three episodes of the post-apocalyptic drama web series “Day 5”, which was released on the website of Rooster Teeth. She then landed the role of Taylor in the Lifetime animated adventure action film “Heaven Sent”, next to Christian Kane and Marley Shelton.

Mallory James Mahoney’s first main role came when she joined the cast of the third season of the comedy TV series “Bunk’d” – she’s been starring in the role of Destiny Baker ever since.

The series was created by Pamela Eelles O’Connell, and is a spin-off from the 2011 comedy TV series “Jessie”.

Concurrently, she continued to work on other projects – in 2020, she made an appearance as Ainsley Riches in two episodes of the teen comedy-drama streaming television series “On My Block”, released on Netflix. Most recently, she guest-starred as Destiny Baker in the Disney Channel family sitcom “Raven’s Home” (2020-present).

Mallory James Mahoney tends to keep her private life far away from the eye of the public.

Many people would agree that she is still too young to have a boyfriend. Although her relationship status is a mystery, it is believed that she is single at the moment and focused on her professional career. Her current residence is in Los Angeles, California.

She is an avid animal lover, and has two pet dogs named Bark Wahlberg and Botticelli.

She’s been a vegetarian since the age of six.