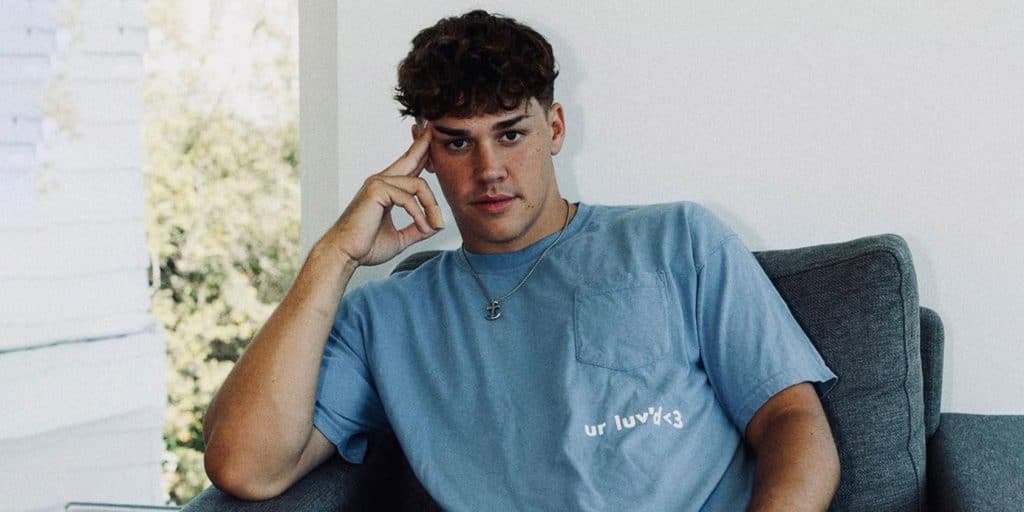 Who is Noah Beck?

Noah Beck was born under the zodiac sign of Taurus on 4 May 2001, in Peoria, Arizona USA. He is a 19-year-old social media sensation and comedy content creator, probably best recognized for running his official TikTok account with more than 24.5 million followers, as well as his official Instagram account on which he has over 7.5 million fans. He is also active on his Twitter account with more than 830,000 followers, and his own YouTube channel, on which he has amassed more than 1.2 million subscribers, while his videos have garnered almost 24 million views in total.

How rich is he, as of now? Noah Beck Net Worth

As of early 2021, Noah Beck’s net worth is over $500,000; acquired through his successful involvement on the social media scene, largely as a TikTok star. He’s increasing his fortune through various advertisements, sponsorships, and video monetization.

Noah Beck spent his early years in his hometown of Peoria, where he was raised by his father, whose name hasn’t been revealed, and his mother, Amy Beck; there is no information about their professions.

He holds American nationality, is of British and German descent, and belongs to White Caucasian ethnic group. He has two elder sisters, named Haley and Tatum Beck – Haley played soccer at Peoria Centennial High School, while Tatum is a social media star.

Noah became interested in soccer very early, and while attending Ironwood High School in Glendale, Arizona,  played soccer for the school’s team. He spent two years there and then transferred to the pro feeder school Real Salt Lake Academy in Herriman, Utah, where he continued to play soccer.

Concurrently, he was also a part of SC Del Sol club, and a state finalist four times. Between 2014 and 2017, he was a captain of the state team at Olympics Development Projects. Upon matriculation, Noah enrolled into the University of Portland, Oregon, on a soccer scholarship. He now plays for the Portland Pilots in the NCAA Division-1.

Rise to Fame as a TikToker

In early 2020, Noah Beck launched his official self-titled TikTok account, where he started to upload short comedy videos on a daily basis.

He gained enormous popularity in that May, when he shared a video set to rapper DaBaby’s song “Rockstar”, also featuring West Coast rapper Roddy Ricch. Thereafter, Noah moved to Los Angeles, California to pursue further his career as a TikToker. In no time, he signed to TalentX Entertainment, and became a member of the famous Sway House, which represents a collective where social media stars live together and create content. He started to film videos with other Sway House members, such as Blake Gray, Bruce Hall, and Josh Richards, and his popularity skyrocketed.

His videos have millions of views and likes, while his enormous fan base led him to become one of the most followed male content creator on the application. He then teamed up with Charli D’Amelio, after which he featured in the music video for the remix “Be Happy” by her sister, Dixie D’Amelio. Around the same time, Noah made a guest-star appearance on “Dish This”, AwesomenessTV’s cooking show Most recently, he created his own reality show entitled “Noah Beck Tries Things”, set for release in early 2021 on AwesomenessTV’s digital plarforms.

In addition, Noah Beck is active across other social media platforms. He expanded his influence creating his official Instagram account under the username ‘noahbeck’, on which he shares sponsored posts, since he collaborates with various fashion brands and companies, such as Asos, Suspicious Antwerp, and Tinder, to name a few. He is also active on his official Twitter account under the username ‘@noahbeck’.

In July 2020, he launched his official account on the app Triller, and during the same month he also created his own self-titled YouTube channel – so far he has posted three videos, with the most viewed, “BeckSeat Driver ft. Charli, Dixie, James, Larray, & Chase”, amassing over 12 million views to date.

In July 2020, Noah Beck and Dixie D’Amelio sparked dating rumors since they started to collaborate on TikTok videos, obviously spending more time together. At the time, he even starred in the role of her love interest in her music video. Although both of them initially tried to shut down those rumors, Noah eventually confirmed that they started dating in September 2020.