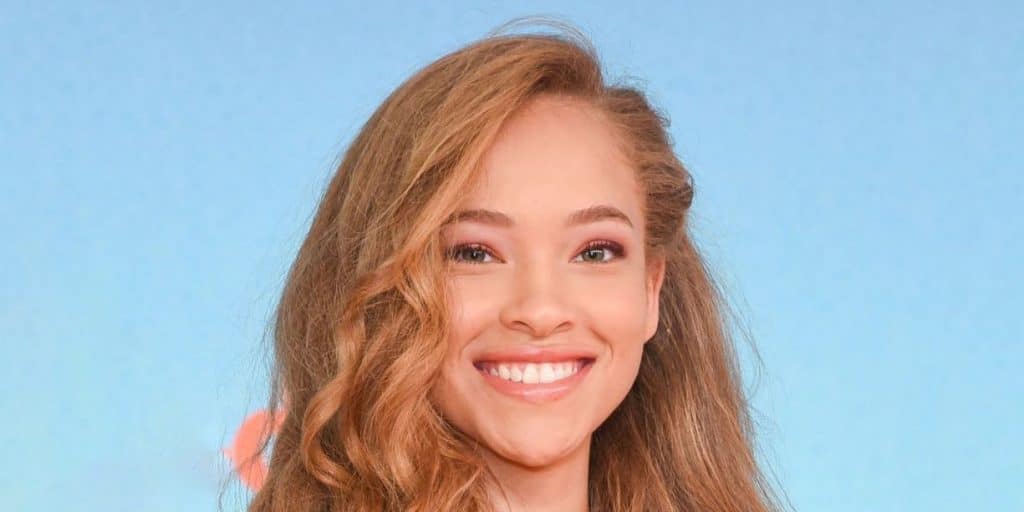 Who is Shelby Simmons?

Shelby Rose Simmons was born in Richmond, Virginia USA, on 6 February 2002 – her zodiac sign is Aquarius, and she holds American nationality. She’s an actress, with 10 credits to her name so far, perhaps known best for her portrayal of Hillary Kimble in the 2020 romantic comedy movie “Stargirl”, written and directed by Julia Hart, and which starred Grace VanderWaal, Graham Verchere and Giancarlo Esposito. It follows a teenager who has fallen in love with the new girl at school, and the film was nominated for a Guild of Music Supervisors Award for Best Music Supervision for Television Movie.

Shelby was raised in Richmond alongside her brother Nicolas and sister Alyssa, by their parents about whom nothing’s known, as the children respect their privacy. Shelby has, however, uploaded a couple of pictures onto her Instagram account, which feature her mother and grandmother.

She became interested in acting while attending a local elementary school, then enrolled at a local high school in Richmond, and Shelby appeared in various school plays, mostly portraying lead characters. She fell in love with acting after having portrayed Fiona in the school play “Shrek”, and Shelby then began practicing at a local theatre.

In 2017 aged 15, Shelby made her debut TV series appearance, in the episode “The Trip Trap” of the family comedy “Game Shakers”. Created by Dan Schneider, it starred Cree Cicchino, Madisyn Shipman and Benjamin Flores Jr., and follows two 12 years old girls who have founded their own gaming company. The series was nominated for seven awards.

Upon matriculating in 2020, Shelby didn’t enroll at college, but remained focused on acting.

In 2018, Shelby portrayed Jacqueline in the episode “Kool Thing” of the musical family comedy “School of Rock”, and the same year saw her play Natalie, in three episodes of the family comedy drama “Andi Mack”. Created by Terri Minsky, it starred Peyton Elizabeth Lee, Joshua Rush and Sofia Wylie, and follows a girl who doesn’t know where she belongs, while her sister’s helping her figure it out.

The series won four of the 12 awards for which it was nominated.

Shelby’s also known for her portrayal of Sydney in the family comedy “Prince of Peoria”, created by Nick Stanton and Devin Bunje, and which starred Gavin Lewis, Theodore Barnes and Cynthia Kaye McWilliams. It follows a prince who has come to the US as an exchange student, while hiding his true identity; the series was nominated for three awards. In 2019, Shelby played Joss Moss in the episode “Double-O Danger” of the family action comedy “Henry Danger”, then in 2020, she made a guest appearance in an episode of the family comedy “Raven’s Home”.

Since 2019, she has been portraying Ava King in the family comedy “Bunk’d”, created by Pamela Eells, and which stars Miranda May, Mallory James Mahoney and Raphael Alejandro.

The series follows three siblings who are at a summer camp in Maine, at which their parents met for the first time; it won two of the 18 awards for which it was nominated.

Shelby has appeared in only two other movies besides “Stargirl”. She made her debut film appearance in 2017, with her portrayal of Courage in the family drama “The Bugaloos”, which starred Nathaniel Cullors, Rachel Eggleston and The Krofft Puppets. Her only other movie role has been her portrayal of Hannah Marcus in the 2020 family comedy “Selfie Dad”, written and directed by Brad J. Silverman, and which starred Michael Jr., Chonda Pierce and James Denton.

It follows a former stand-up comedian who’s trying to become a social media star, while he’s then ‘enlightened’ by the Bible.

In 2019, Shelby was featured in the TV special “Holidays Unwrapped: A Disney Channel Music Event”, and in 2020, she made a guest appearance in the episode “Full Commentary on ‘Stargirl’” of the talk-show “Hollywood Insider”.

Also in 2020, she appeared in the episode “Stargirl (World Premiere)” of the family talk-show “On the Scene with Lindalee”.

Shelby’s an Instagram star, as her account’s followed by more than 150,000 people, while she’s uploaded over 200 pictures, the majority of which have been taken during her everyday life.

She launched her Twitter account in September 2018, and it’s today followed by close to 2,000 people, while Shelby has tweeted close to 100 times.

She’s also active on TikTok, and has over 1,900 followers and more than 1,800 likes of her one and only video uploaded onto the network.

Shelby’s highly secretive when it comes to her love life, and hasn’t spoken of any boys (or girls) whom she has perhaps been with. This is mostly why there are rumors circulating the internet, concerning her past and present affairs, as well as her sexual orientation.

It’s believed by many that Shelby was once in a relationship with Jace Norman, an American actor and a social media star, who’s perhaps known best for his portrayal of the lead character Henry Hart, in the comedy series “Henry Danger”.

The two were spotted spending time together in May 2019, and they even uploaded a couple of pictures onto their Instagram accounts, featuring them together in Santa Monica, California. Neither Shelby nor Jace have confirmed the rumors regarding them dating.

Some believe that Shelby’s a lesbian, and that this is why she hasn’t spoken of the boys whom she might have dated, but this hasn’t been confirmed either.

As of July 2021, Shelby seems to be single, hasn’t married, and doesn’t have children.

Shelby’s interested in sports, and is an avid softball player; she played for both her elementary and high school teams.

She a lover of animals, with dogs and elephants being her favorites.

She has a pet dog called Daisy, and a pet white rabbit called Luenell, both of which can be seen featured in many of her Instagram pictures.

Shelby’s interested in music, and plays the ukulele and the piano. Her favorite singers are Lady Gaga, Beyoncé and Justin Bieber.

Shelby has her own favorite actors and actresses, some of whom are Matt Damon, Jennifer Lopez and Meryl Streep, and a couple of her favorite movies are “Good Will Hunting”, “The Boy Next Door” and “The Back-Up Plan”.

She’s into travelling, and her acting career has already taken to her to a couple of US states, while her favorite city is Miami, Florida.