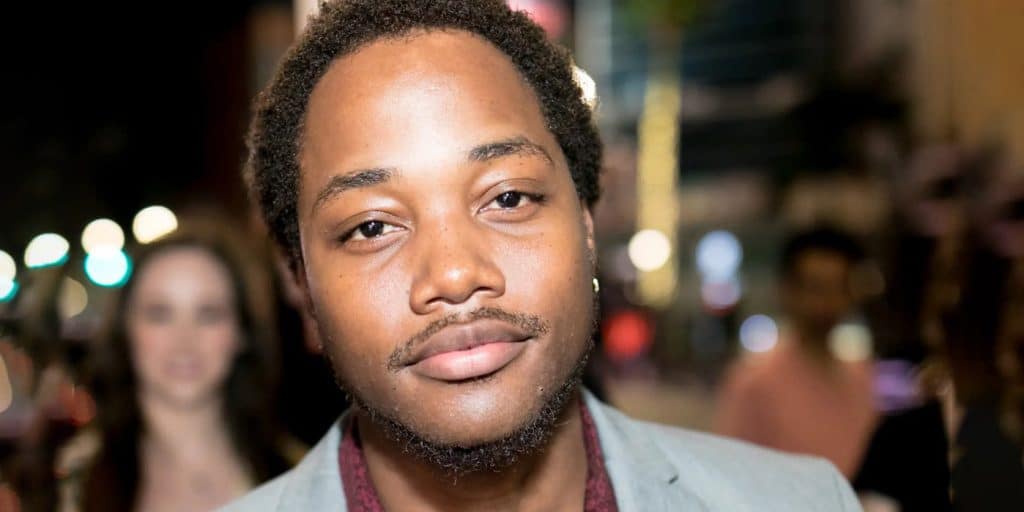 Who is Leon Thomas III?

Leon G. Thomas III was born in Brooklyn, New York City USA, on 1 August 1993 – his zodiac sign is Leo, and he holds American nationality. He’s an actor, singer-songwriter and a record producer, who has appeared in more than 30 movies and TV series, while he’s perhaps known best for his portrayal of the main character, Andre Harris, in the family comedy series “Victorious”. It was created by Dan Schneider, also starred Victoria Justice and Matt Bennett, and follows the singer Tori Vega while he’s attending Hollywood Arts high school; the series aired from 2010 to 2013, and won four of the 36 awards for which it was nominated, including four Primetime Emmy nominations.

Leon was raised alongside his younger sister Jayla in Brooklyn, by their parents Leon Thomas II and Jayon Anthony; not a lot is known about his family, as Leon respects their privacy.

He became interested in acting at a very early age, and began appearing in school plays as soon as he began attending school. He was only 10 years old when he appeared in his first Broadway play, portraying Young Simba in the 2003 production of “The Lion King”. The following two years saw him appear in the Broadway plays “Caroline, or Change” and “The Color Purple”, and in 2006, Leon launched his career on TV, with his portrayal of Ty, in two episodes of the family comedy drama “Just for Kicks”.

He continued acting throughout his entire education, and upon matriculating from a local high school in 2011, Leon didn’t enroll at college, but rather focused on acting.

In 2007, Leon appeared in the episode “Jack’s Super Swell Sing-Along” of the musical family fantasy “Jack’s Big Music Show”, while he then made a guest appearance in an episode of both the family comedy “Just Jordan” and the romantic family comedy “iCarly”.

He gained recognition in 2006, when cast to voice Tyrone in the animated adventure comedy “The Backyardigans”, created by Janice Burgess, and which starred Sean Curley, Jonah Bobo and LaShawn Jefferies. The series follows five friends who are playing in their shared backyard, it aired from 2004 to 2013 (Leon left the cast in 2009), and won four of the 20 awards for which it was nominated.

In 2014, Leon voiced Monster, in the animated adventure comedy “Robot and Monster”, and the same year saw him play Mateo, in the popular drama “Satisfaction”. It was created by Sean Jablonski, starred Matt Passmore and Stephanie Szostak, and follows a husband who has found out that his wife’s cheating on him.

Leon made his debut film appearance in 2007, with his portrayal of Arthur in the hit musical drama “August Rush”, directed by Kirsten Sheridan, and which starred Freddie Highmore and Keri Russell. It follows an orphaned musician who’s searching for his biological parents; the movie won four of the 16 awards for which it was nominated, including an Oscar nomination.

A couple of Leon’s following roles were in the 2010 family drama “Rising Stars”, the short musical “Nickelodeon Cast: Jingle Bells 2010 Version”, and the 2014 short comedy “Awkward Party”. Also in 2014, he was cast to play Tucson in the action comedy drama “Bad Ass 2: Bad Asses”, written and directed by Craig Moss, and which starred Danny Glover, Danny Trejo and Jeremy Ray Valdez. It follows Frank Vega and the old agoraphobic Bernie Pope, as they’re cleaning up the streets of Los Angeles.

Leon was then cast to play supporting characters in the 2014 thriller drama “Sins of Our Youth” and the 2015 drama “Runaway Island”, and in 2017, he appeared in the critically acclaimed historical crime drama “Detroit”, which won four of the 25 awards for which it was nominated.

His most recent movie role has been his portrayal of Rel, in the short horror “Creat(e)ure”, while he’s currently recording for the upcoming animated comedy “The Adventures of Bunny Bravo”.

Leon composed the music for the 2013 short movie “Best Friend”, and has performed songs in 10 movies and TV series, including in the series “Victorious”, the film “Detroit”, and the drama movie “Teen Spirit”.

He has made a guest appearance in various talk-shows, such as “The Naked Brothers Band”, “Made in Hollywood” and “Sheen Talk”.

Leon has won two awards: a 2008 Young Artist Award for Best Performance in a Feature Film – Supporting Young Actor – Fantasy or Drama, for “August Rush”, and a 2017 Streamy Award for Best Ensemble Cast, for his and his colleagues’ performance in “Mr. Student Body President”.

He was also nominated for a 2012 National Association for the Advancement of Colored People Image Award for Outstanding Performance in a Youth/Children’s Program (Series or Special), and a 2020 Grammy Award for Best Rap Song.

It was back in 2012 that Leon began working on his debut mixtape “Metro Hearts”, which was released on 1 August 2012; some of the songs featured on the mixtape are “Moving On”, “Like Clay” and “Forever”.

The following year saw him co-write the Stooshe’s popular song “Ain’t No Other Me”, while he then co-wrote four Ariana Grande’s songs, which were featured on her album “Yours Truly”; Leon also co-produced five of the album’s songs. His latest single was released on 24 September 2013 entitled “Hello How Are You”, and on 1 January 2014, he released his second mixtape “V1bes”.

In 2016, Leon co-produced the American rapper Post Malone’s album “Stoney”, and he hasn’t been very active in the music industry since.

Back in 2012, there were rumors circulating the internet claiming that Leon was in a relationship with the American singer Ariana Grande, as the two were seen spending time together on various occasions, and were often collaborating; neither commented on the rumors. Then in 2013 and 2014, it was rumored that he was in a relationship with the musician Scotty Rebel, but this wasn’t confirmed either.

For close to a year now, Leon has been in a relationship with Alia Kadir, an Ethiopian singer, activist and producer, who’s six years his junior.

They have both uploaded numerous pictures, featuring themselves together onto their Instagram accounts, and it’s believed by some that they’re already planning to marry, but this hasn’t been confirmed.

As of August 2021, Leon’s in a relationship with Alia Kadir, hasn’t married, and doesn’t have children.

Leon loves to play various musical instruments, and some of his favorites are the piano, guitar and drums.

He’s highly active on Instagram, and seems to be enjoying the attention he’s receiving from his close to 1.5 million followers. Leon has uploaded over 50 pictures, most of which have been taken during his everyday life.

He’s passionate about travelling, and his career has already taken him to a couple of US states, while Leon has apparently also visited several European cities, including Paris in France and London in England.

He’s keen on watching movies late at night, and has his own favorite actors and actresses, some of whom are Dwayne ‘The Rock’ Johnson, Vin Diesel and Angelina Jolie. A couple of Leon’s favorite movies are the franchise “Fast and Furious”, “Jumanji” and “Mr. and Mrs Smith”.