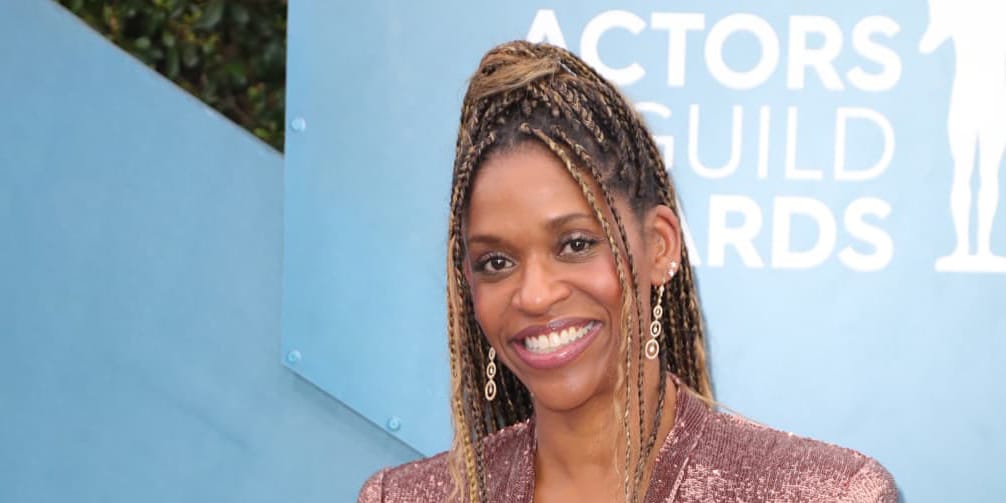 How rich is Merrin Dungey? Net Worth, Husband, Family, Bio

Who is Merrin Dungey?

Merrin Melissa Dungey was born in Sacramento, California USA, on 6 August 1971 – her zodiac sign is Leo and she holds American nationality. She is an actress who is perhaps known best for her portrayal of Ursula in the romantic fantasy adventure series “Once Upon a Time”, created by Adam Horowitz and Edward Kitsis, and which starred Ginnifer Goodwin, Jennifer Morrison and Lana Parrilla. It follows a young woman who comes to a small city in which fairy tales come to life. The series aired from 2011 to 2018 and won 12 awards, while it was nominated for 84 others including seven Primetime Emmys.

Merrin was raised in Sacramento alongside her sister, Channing Dungey by their father Don Dungey who was a general services manager, and their mother Judith Dungey who is believed to be a housewife. In February 2016, Channing became ABC Entertainment’s President.

Merrin grew up being interested in dancing and sports, and was six when she took on ballet, followed by her piano lessons. She eventually became interested in ice skating, and went on to enter various competitions. Merrin studied at Rio Americano High School from which she matriculated in 1989, and then enrolled at the University of California, Los Angeles from which she graduated with a Bachelor of Arts degree in 1993.

Merrin has been credited with over 70 roles in movies and TV series, and we are about to mention some of her most notable performances in this article.

She made her debut TV series appearance in the 1995 episode “Girlfriend” of the romantic comedy “Martin”, and gained recognition in 1996 after being cast to portray Wanda, the lead character in the comedy “Party Girl”, but which was cancelled after airing four episodes. The following years saw Merrin appear in single episodes of various series such as the romantic comedy “Caroline in the City”, the comedy “Tracey Takes On” and the action science fiction “Good vs Evil”. Her next notable performance was in 2000, when cast to play Joan in four episodes of the comedy “Grosse Pointe”, which starred Irene Molloy, Lindsay Sloane and Bonnie Somerville, and follows the lives of five actors starring in a high school series.

Between 2000 and 2004, Merrin appeared in six episodes of the critically acclaimed family comedy “Malcolm in the Middle”, which won 46 awards and was nominated for 118 others including seven Golden Globes, and then starred as Susannah Rexford alongside Lori Loughlin and Ryan Kwanten, in the 2004 drama “Summerland”.

Concurrently, between 2001 and 2006, Merrin appeared in 47 episodes of the mystery action drama “Alias”, which starred Jennifer Garner and was a hit, winning 32 awards including a Golden Globe, and also had the recurring role of Kelly Palmer in the comedy “The King of Queens” in 40 episodes between 1999 and 2007. The year 2010 saw Merrin play Sheila in the science fiction comedy “Better Off Ted”, and she then portrayed the supporting character Ellie Moss in the 2012 drama “Hollywood Heights”.

She went on to play supporting characters in several hit series, such as the romantic drama “Chasing Life”, the crime comedy “Brooklyn Nine-Nine” and the drama “Conviction”. In 2019, Merrin portrayed the lead character CJ Emerson in the mystery crime drama “The Fix”, and had a supporting role in another mystery crime drama “Big Little Lies”, which won 55 awards including four Golden Globes.

Three of her most recent roles in TV series have been in a single 2020 episode of the action adventure drama “Star Trek: Picard”, two episodes of the comedy “Man with a Plan”, and the episode “No Small Parts” of the animated action adventure “Star Trek: Lower Decks” in which she voiced Solvang First Officer.

Merrin made her debut film appearance in the 1998 romantic action drama “Deep Impact”, which starred Robert Duvall and Elijah Wood, and follows the human race preparing for a huge comet to hit Earth. It won five and was nominated for 14 other awards.

She went on to play supporting characters in the 1999 comedy “Edtv”, which starred Matthew McConaughey, the 2002 horror “Scream at the Sound of the Beep”, and the 2006 science fiction thriller “Beyond”. In 2011, Merrin appeared in the comedy “Life Happens”, written and directed by Kat Coiro, and which starred Krysten Ritter, Kate Bosworth and Rachel Bilson. The film follows best friends Deena and Kim who struggle to remain close friends after Kim gives birth.

The year 2014 saw her portray Angela in the romantic comedy “Some Kind of Beautiful”, which starred the famous actors and actresses Pierce Brosnan, Salma Hayek and Jessica Alba, and follows a Cambridge professor of poetry leading a dark and mysterious life.

Some of Merrin’s most recent roles in movies have been in the action comedy “Chips” which was quite popular, and was nominated for three awards winning two, and the  comedy “Brothered Up” both in 2017, then in 2020 in the action thriller drama “Greenland” starring Gerard Butler and which follows a family trying to save themselves during a natural catastrophe.

She has recently been cast to portray Madison in the upcoming drama “The Madness Inside Me”.

In 2020, Merrin and her colleagues were nominated for a Screen Actors Guild Award for Outstanding Performance by an Ensemble in a Drama Series, for their performance in “Big Little Lies”.

Merrin is more-or-less secretive when it comes to her love life, but it’s known that she has been married to her other half, Matthew Drake since May 2007. The two exchanged vows in a Mariachi-styled ceremony in Cancun in Mexico. In June 2008, Merrin gave birth to their first daughter, while their second daughter followed in 2011. Nothing about Matthew is known, as he prefers to stay away from media.

Before meeting her husband, Merrin was in a relationship with Travis Fimmel, an Australian actor and model who is perhaps known best for his portrayal of Ragnar Lothbrok in the action adventure series “Vikings”. The two dated for around a year before splitting for unknown reasons in 2003.

As of January 2021, Merrin is married to Matthew Drake and they have two daughters together.

Merrin became interested in politics after she started to believe that Donald Trump should no longer be the President of the United States. She urged people to vote for Joe Biden in the 2020 presidential election, just as she did.

Posted by Swanqueen Planet on Wednesday, May 9, 2018

She is a philanthropist who has worked with various charity organizations aiming to improve the quality of life for underprivileged children. Merrin also supports the movement Black Lives Matter, as well as the LGBT community.

She is a dog-lover, and her Maltese dog can be seen featured in many of her Instagram pictures.

Merrin’s favorite actor and actress are Patrick Stewart and Meryl Streep, and a couple of her favorite movies are “X-Men”, “Star Trek: First Contact” and “Mamma Mia!”