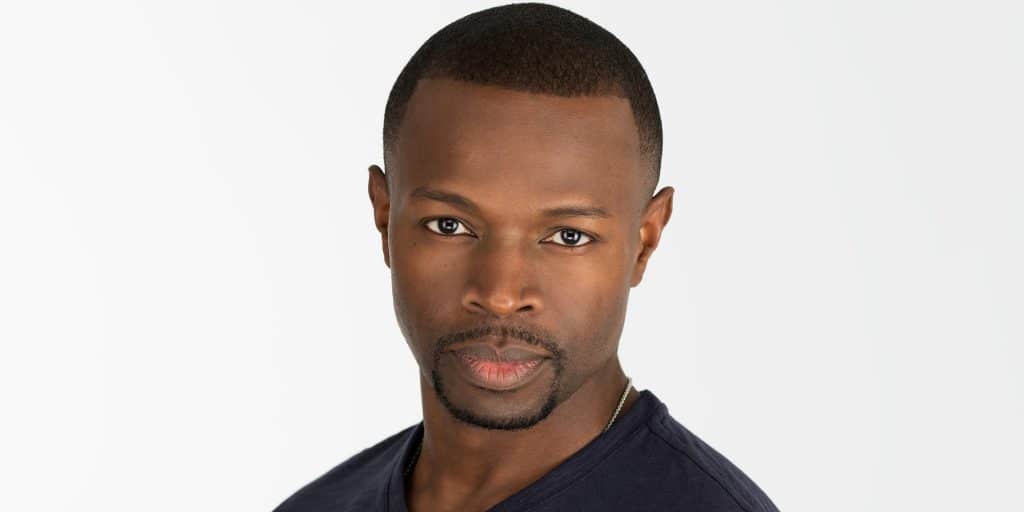 Who is Sean Patrick Thomas?

Sean Patrick Thomas was born in Washington D.C., USA, on 17 December 1970 – his zodiac sign is Sagittarius, and he holds American nationality. He’s an actor, perhaps known best for his role in the 2001 romantic drama “Save the Last Dance”.

Sean spent his childhood in Wilmington, Delaware. His parent are emigrants from Guyana, and he has two younger siblings. His father worked as an engineer for the chemical company DuPont, while his mother also worked there, as a financial analyst.

In 1988, Sean matriculated from Brandywine High School in Delaware, and then went on to study law at the University of Virginia.

However, after landing a role in the movie “A Raisin in the Sun” in 1989, he dropped out and moved to New York City, where he attended the prestigious Graduate Acting Program at the Tisch School of Arts. He graduated in 1995, and continued his acting career.

Sean made his TV series debut in 1995, when he appeared in an episode of the ABC soap opera “One Life to Live”. In the following year, he made an appearance in the crime drama “New York Undercover”, created by Kevin Arkadie and Dick Wolf.

Between 2000 and 2004, Sean starred as Deputy Patrick Thomas in the crime drama “The District”.

Created by Terry George and Jack Maple, it also starred Craig T. Nelson, Lynne Thigpen and Jayne Brook, and is centered on the commissioner of the bureaucracy-laden Washington Police Department, who must fight both crime and internal corruption; it;s loosely based on the real-life experience of the former New York City Deputy Police Commissioner Jack Maple. It aired on CBS for four seasons, and was nominated for one Primetime Emmy Award.

In 2009, Sean had a role in four episodes of the adventure comedy drama “Reaper”, following a young guy played by Bret Harrison, who discovers that his parents sold his soul to the devil, and he must work for him for the rest of his life.

In 2012, he played the recurring character Solomon Vessida, in the second season of the mystery crime drama “Ringer”, which starred Sarah Michelle Gellar, Kristoffer Polaha and Ioan Gruffudd. In the following years, Sean made appearances in several popular TV series, such as “Criminal Minds”, “American Horror Story” and “NCIS: New Orleans”, while he also had a voiceover role, in six episodes of the animated series “Vixen”.

Sean made his film debut in the 1989 movie adaptation of the Broadway musical “A Raisin in the Sun”, which aired on PBS as a part of the “American Playhouse” series. His next movie appearance was in the 1996 mystery action drama “Courage under Fire”, written by Patrick Sheane Duncan, directed by Edward Zwick, and which starred Denzel Washington, Meg Ryan and Lou Diamond Phillips.

In the following year, he appeared alongside Jennifer Aniston and Kevin Bacon in the romantic comedy “Picture Perfect”.

Sean played his first leading role opposite Julia Stiles and Terry Kinney, in the 2001 teen romantic drama movie “Save the Last Dance”, written by Duane Adler and Cheryl Edwards, directed by Thomas Carter and produced by MTV. It follows an interracial couple from Chicago, Illinois who are helping an upcoming dance star train for an audition. The film was a big commercial success, debuting at #1 at the North American box office, and grossing more than $132 million worldwide.

In 2002, Sean played supporting roles in in the comedy drama “Barbershop”, and in the slasher horror “Halloween: Resurection”. In 2007, he played the character Dex in the historical drama “Honeydripper”, which starred Danny Glover, Keb’ Mo’ and Mable John.

In 2016, he appeared in the “Barbershop” sequel, entitled “Barbershop: The Next Cut”. The most recent movie role for Sean, was in the 2020 mystery thriller drama “Influence”, written by Carl Weber, directed by Trey Haley, and which starred Roger Geneveur Smith, Deborah Cox and Kellita Smith.

For his performance in “Save the Last Dance”, Sean was rewarded with the 2001 Young Hollywood Award for Standout Performance – Male. He has also won two MTV Movie Awards, for Breakthrough Male Performance and Best Kiss.

In the following year, Sean won the Washington DC Area Film Critics Association Award for Best Ensemble, shared with his co-stars from “Barbershop”. For his performance in the 2012 thriller mini-series “Murder on the 13th Floor”, he won a Black Reel Award for Outstanding Television or Mini-Series Performance, Male.

Sean has been married to the actress Aonika Laurent since April 2006; the two had met four years prior, at a party given by the “Barbershop” director Tim Story. Their wedding was originally supposed to be held in November 2005, but was postponed due to Hurricane Katrina.

On 16 May 2008, they welcomed their first child into the family, daughter Lola. Two years later, on 9 June 2010, Aonika gave birth to their son, Luc. The family currently resides in Los Angeles, California.

To prepare for his role in “Barbershop”, Sean studied the art of being a barber. ‘I wanted to figure out what my routine would be. (…) What I did discover is there’s no such thing as the perfect haircut!’, he revealed in an interview.

He is a big fan of the “James Bond” movie series, and hopes to see Idris Elba take on the role of Agent 007.

Despite being born in Washington, Sean is a devout fan of the football team Philadelphia Eagles, not missing any chance to watch their games live.

Who is Sean’s wife, Aonika Laurent?

Aonika Marie Laurent was born in New Orleans, Louisiana USA, on 15 January 1971 – her zodiac sign is Capricorn, and she holds American nationality. She’s an actress, perhaps still known best for her role in the 2005 superhero movie “Fantastic Four”.

Aonika made her acting debut in the 1998 comedy film “High Frequency”, which starred John Witherspoon, Marcus Chong and A. J. Johnson. In the same year, she played Senator’s assistant in the TV movie “Black Jaq”. In 2005, Aonika had a small role in the action blockbuster “Fantastic Four”, based on the characters from Marvel Comics, and two years later she appeared alongside her husband in an episode of the reality TV show “InStyle: Celebrity Weddings”. Her most recent movie or TV series appearance was in the 2013 action thriller “Olympus Has Fallen”. She hasn’t auditioned for any roles since then, as she wants to be more focused on being a mother.