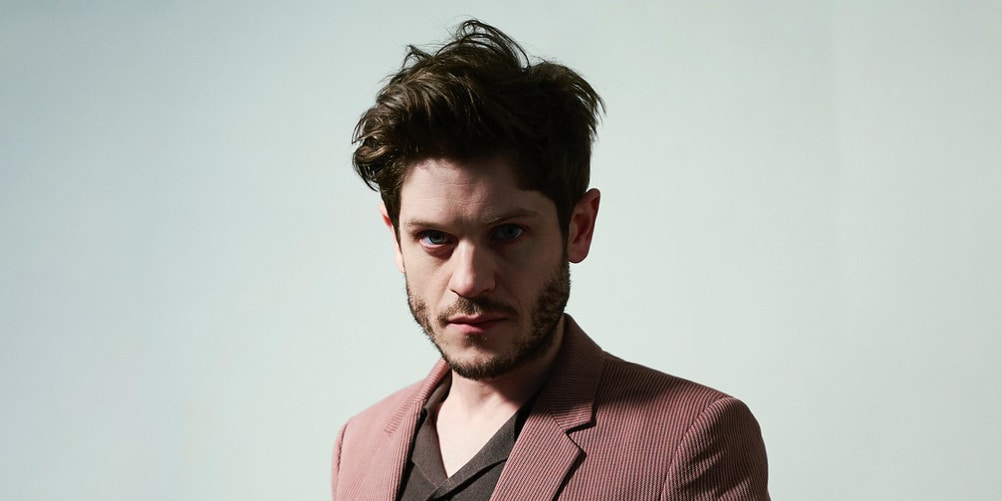 Iwan Rheon (aka Ramsay Bolton in GoT) Age, Height, Net Worth

Who is Iwan Rheon?

Iwan Rheon was born in Carmarthen, Wales, on 13 May 1985 – his zodiac sign is Taurus, and he holds British nationality. He’s an actor and a singer, who’s been credited with appearing in over 40 movies and TV series, while he’s perhaps known best for his portrayal of Ramsay Bolton in 20 episodes of one of the best series of all time: the action adventure drama “Game of Thrones”. It was created by David Benioff and D. B. Weiss, starred Emilia Clarke, Peter Dinklage and Kit Harington, and follows nine families fighting to control the Westeros lands, before uniting against a common enemy. The series aired from 2011 to 2019, won 382 awards, including 59 Primetime Emmys, while it was nominated for 626 other awards.

Iwan was raised in both Carmarthen and Cardiff alongside his older brother Aled, by their father Rheon Tomos, and their mother Eirin; not a lot is known about Iwan’s family, as they prefer to be left out of the media’s attention.

He became interested in acting while attending Ysgol Gyfun Gymraeg Glantaf (high school), and was 17 years old when he appeared in his first school play. Iwan was also into various other activities, playing soccer and tennis, and was into skateboarding. He matriculated in 2003, and while competing and singing at the National Eisteddfod of Wales, Iwan was noticed by a talent scout who invited him to an audition, at which he won his first role.

Iwan subsequently studied at the London Academy of Music and Dramatic Art (LAMDA).

Iwan made his debut TV series appearance in 2004, with his portrayal of Macsen White in the episode “OB Café” of the drama “Pobol y Cwm”, and gained recognition two years later, when he portrayed Daniel in the drama “Caerdydd”. It starred Gareth Pierce, Lee Haven Jones and Daniel Qureshi, and follows several people living in Cardiff.

In 2010 and 2011, Iwan made a guest appearance in an episode of the dramas “Coming Up” and “Secret Diary of a Call Girl”, respectively, and between 2009 and 2011, he starred as Simon Bellamy in the fantasy comedy drama “Misfits”.

It was created by Howard Overman, also starred Nathan Stewart-Jarrett and Joe Gilgun, and follows several young offenders who, while doing community service, are struck by lightning, which has given them superpowers. The series won 12 of the 41 award for which it was nominated. Some of Iwan’s following notable performances were in the action thriller drama “Our Girl”, the mystery horror drama “Residue”, and the comedy “Vicious”.

Iwan made his debut film appearance in 2011, with his portrayal of George in the war thriller drama “Resistance”, while a couple of his following roles were in the critically acclaimed 2011 drama “Wild Bill”, the 2011 short science fiction drama “Misfits: Erazer”, and the 2012 drama “Boys on Film 8: Cruel Britannia”.

He gained recognition in 2013, with his portrayal of Daniel O’Leary in the historical biographical drama “The Liberator”, directed by Alberto Arvelo, and which starred Edgar Ramirez, Erich Wildpret and Maria Valverde. It follows the life of Simon Bolivar, who fought and won more than 100 battles in South America, and the movie won one of the four awards for which it was nominated. Iwan’s also known for his portrayal of Jonas, in the 2015 mystery horror drama “Residue”.

The year 2017 saw him appear in both the science fiction horror thriller “Alien Invasion: S. U. M. 1” and the drama “Daisy Winters”, and in 2019, he played the main character Mick Mars, in the hit biographical comedy “The Dirt”, directed by Jeff Tremaine, and which also starred Douglas Booth and Machine Gun Kelly. The movie’s based on the autobiography about the heavy metal band Mötley Crüe, and follows four misfits who became popular worldwide.

Iwan’s most recent film role has been his portrayal of Dom in the 2021 crime thriller comedy “The Toll”. He’s currently shooting for three upcoming movies: the action drama “Barbarians”, the musical “The Magic Flute”, and the romantic comedy “A Christmas Number One”.

Iwan has a single producing credit: the 2017 science fiction drama “Do Not Feed the Pigeons”.

Iwan has made a guest appearance in many talk-shows, including “Friday Night with Jonathan Ross”, “Jimmy Kimmel Live!”, and “Good Morning America”.

Iwan has won only a single award: a 2020 CinEuphoria Merit – Honorary Award, for his and his colleagues’ performance in the series “Game of Thrones”.

He has also been nominated for two Screen Actors Guild Awards, a Monte-Carlo TV Festival Award, an IGN Summer Movie Award, and an SFX Award.

Iwan Rheon poses with Drogon and Rhaegal at #GoTPremiereLA.

Iwan prefers to keep details of his love life away from the media’s attention, but has still allowed his fans to have a glimpse into it.

Sometime in the 2010s, he was believed to be in a relationship with Antonia Thomas, alongside whom he starred in the series “Misfits”. The two were seen spending time together on a number of occasions, and were apparently also seen kissing, but neither has addressed the rumors concerning a relationship.

Iwan’s today living with his girlfriend Zoe Grisedale, a British actress, film writer and director, who’s perhaps still known best for her portrayal of Lois Lane in the 2011 short crime movie “Super-Man”. In August 2018, Zoe gave birth to their son, and the trio seems to be leading a happy life together.

As of August 2021, Iwan’s in a long-term relationship with Zoe Grisedale, he hasn’t married, and shares a child with Zoe.

Iwan’s been passionate about singing since his teenage years. He was 16 when he joined his first band, while he gained recognition after becoming the lead singer of The Convictions, a band he eventually left to focus on acting. He released his debut extended play (EP) entitled “Tongue Tied” in 2010, followed by his second EP “Changing Times” in April 2011. Iwan’s third EP “Bang! Bang!” was released on 7 April 2013, and in April 2015, his debut album came out, entitled “Dinard”.

He also loves to play instruments, such as the guitar, bass guitar and the piano.

He’s a huge animal lover, with dogs being his favorites.

Iwan prefers to spend his spare time in nature, rather than in overcrowded cities.

He has his own favorite actors and actresses, some of whom are Johnny Depp, Robert Downey Jr. and Natalie Portman, and a couple of his favorite movies include the franchise “Pirates of the Caribbean”, “Iron Man” and “V for Vendetta”.

As of August 2021, his net worth has been estimated at over $4 million.