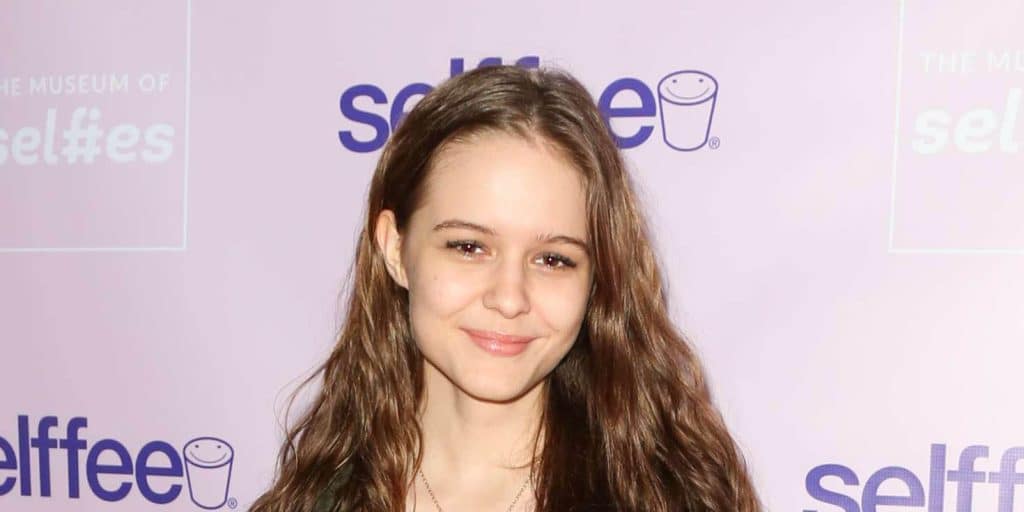 Who is Izabela Vidovic?

Izabela Vidovic is an American actress, who is probably best known to the world as Taylor Shaw in the TV series “The Fosters” (2015-2018), and as Young Kara in the TV series “Supergirl” (2017-2021), among several other popular roles that she has already secured in her young career.

Izabela Vidovic was born on 27 May 2001 under the Gemini zodiac sign, in Chicago, Illinois to Croatian parents Mario Vidovic, a film producer, and Elizabeta Bašić, an actress, writer, and producer, founder of the production company Almost Normal Productions. Izabela has a younger sister Katarina, who made her acting debut in the film “Find Me” in 2012, but since then hasn’t pursued acting.

Izabela expressed her desire to become an actress from an early age, and before she turned seven years old, she made her acting debut on stage, as she appeared in the play “Mary Poppins”. She continued with roles in plays such as “Annie” and “Camp Rock”, but then in 2011 made her on-screen debut as 8-year-old Delilah in the Primetime Emmy Award-nominated comedy series “Raising Hope”, which starred Lucas Neff, Martha Plimpton and Garret Dillahunt. The same year, young Izabela appeared in the TV series “Criminal Minds: Suspect Behavior” as Young Rachel, while she portrayed Minnie Weller in the television movie “Little in Common”, with Kevin Hart, Alanna Ubach and Heather Graham in the lead roles.

Izabela made her film debut in 2012, with the role of Frankie in the film “Find Me”, co-written by her mother and co-starring with Katarina and Elizabeta. She was rather busy in 2012, portraying Olivia Mead in the television drama movie “Christmas Angel”, then Ally VanCamp in the television fantasy-drama movie “Help for the Holidays”, with Summer Glau in the lead role, and she also appeared in the television comedy movie “Little Brother”.

She was Maddy Broker in the action thriller-crime film “Homefront” (2013), with Jason Statham, James Franco, and Winona Ryder in the lead roles, and in 2014 she got her first recurring role as Charlotte in the sci-fi series “The 100”.

She continued to improve her portfolio and was selected for the part of Shea Garcia-Miller in the award-winning romantic comedy-drama series “About a Boy” (2014-2015), appearing in 10 episodes of the popular series. After this, she won her first major role, as Taylor Shaw in the awarded romantic drama series “The Fosters”, starring Teri Polo, Sherri Saum and Hayden Byeny, appearing in 21 episodes from 2015 to 2018, which only increased her popularity. In 2017, another popular role was offered to her, as Young Kara in the DC Universe series “Supergirl”.

Her next prominent role was as Via in the Academy Award-nominated family drama film “Wonder” (2018), as she co-starred with Jacob Tremblay and Owen Wilson.

For her efforts, Izabela received a Young Entertainer Award nomination in the category for Best Leading Young Actress – Feature Film. To speak further of her accomplishments, in 2018 she played Isobel Bloom in four episodes of the award-winning comedy crime-drama series “iZombie”, with Rose McIver as the series’ main star, while in 2019 she guest-starred as Matty Ross in the fourth season of the popular mystery crime-drama series “Veronica Mars”, starring Kristen Bell, Jason Dohring and Enrico Colantoni.

She is currently working on the new TV series “Just Beyond”, scheduled for its premiere late in 2021, and is also one of the stars of the upcoming horror film “The Accursed”, alongside Melora Walters and Goran Visnjic.

The film is written and will be directed by Izabela’s mother, in collaboration with Kathryn Michelle.

Additional to her extensive work as an actress, Izabela has also tried working in other segments of the film industry, – her first foray as a producer and writer was the short film “Because These Kids Are…” in 2013, in which she also starred alongside Michael Fitzgerald and Mateo Simon. She was associate producer of the short film “Working It Out” in 2018, while she directed, wrote, and produced the short film “Hourglass” in 2019.

When it comes to her personal life, Izabela doesn’t like talking much about her private endeavors with the media. However, she’s shared a few pictures of her boyfriend on her official Instagram page. Her boyfriend’s name is Kyle Briskin, and he’s a professional musician based in Los Angeles, California USA. There is no information about when the two started dating.

As of mid- 2021, Izabela Vidovic’s net worth has been estimated at close to $2.5 million, earned through her successful career as an actress, during which she has appeared in more than 25 film and TV titles, all of which have added to her wealth.

Izabela is a multi-talented person and although she hasn’t pursued music professionally, she has showcased her musical talents, and is well-versed in piano and guitar. She has recorded a few of her original songs, which can be heard on her official YouTube channel.

She is a big foodie and loves making food on her own, plus exploring different cuisines, stating that her favorite dish is pasta.

Izabela is an animal lover, and has a pet dog named Phoebe.

She is proud of her roots, and is fluent in the Serbo-Croatian and Bosnian languages – she often visits the village of Busovača, Bosnia, and Herzegovina, where her parents grew up. Her grandparents still live in the village and she visits them whenever she can. She has even demonstrated her language skills in an interview, and talked about how much she loves the food of the area, including the national dish, burek.