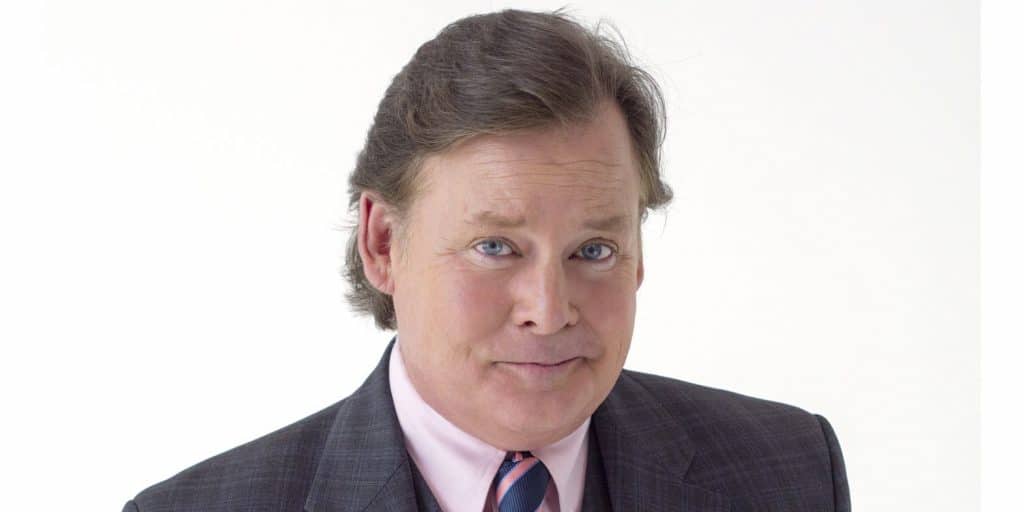 Who is Joel Murray?

Joel Murray was born in Wilmette, Illinois USA, on 17 April 1963 – his zodiac sign is Aries and he holds American nationality. He is an actor, film writer and producer, who is perhaps known best for his portrayal of Frank, one of the lead characters in the 2011 crime comedy “God Bless America” written and directed by Bobcat Goldtwait, and which also starred Mackenzie Brooke Smith and Tara Lynne Barr. The film follows the terminally ill Frank and a 16 years old girl named Roxy as they try to kill the worst citizens. The movie was nominated for five awards.

Joel is also known for being the younger brother of famous American actor Bill Murray.

He was raised in Wilmette alongside his eight siblings by their father Edward Joseph Murray II who was a lumber salesman, and their mother Lucille who was a mail room clerk. One of the siblings, Ed passed away in 2020.

Joel was mostly interested in football while attending Loyola Academy, as he was the captain of the school’s team, and he eventually became interested in acting as well. His drama teacher cast him to star in a school musical, and that’s how Joel decided to become an actor. Upon matriculating in 1981, he moved to Chicago, Illinois and appeared in plays performed at various improv theaters including The Second City, the Improv Institute and the Improv Olympic.

Joel has had roles in over 100 movies and TV series, and we are about to mention some of his most notable performances in this article.

Joel made his debut film performance in 1983, when he voiced Fred, the lead character in the animated family comedy “Fred and the Nature Gang: Fred’s Holly Jolly Christmas”, and he was then cast to appear in various movies, including the 1986 romantic comedy “One Crazy Summer”, the 1987 romantic comedy “Long Gone”, and the 1988 fantasy comedy “Scrooged” which starred his brother Bill.

He went on to appear in several mediocre movies until 1996, when cast to appear in the thriller comedy “The Cable Guy”, which starred the famous actor and comedian Jim Carrey, and follows a mentally ill cable guy who wants to befriend a designer. The film won three out of the five awards it was nominated for. The year 2006 saw Joel star alongside Kane Hodder and Deon Richmond in Adam Green’s horror comedy “Hatchet”, while he also made a cameo appearance in its 2010 sequel “Hatchet II”.

One of the most popular movies he has appeared in was the 2011 romantic comedy “The Artist”, written and directed by Michel Hazanavicius, and which starred Jean Dujardin, Berenice Bejo and John Goodman. It follows a relationship between an egotistic movie star and a young dancer, and won 161 awards including five Oscars, while it was nominated for 204 other awards.

The year 2013 saw him appear in the critically acclaimed biographical drama “Jobs”, while he also voiced the computer professor in the hit animated comedy “Monsters University”. A couple of Joel’s following roles were in the 2015 drama “Lamb”, the 2016 fantasy comedy “Ghostbusters”, and the 2017 comedy “The Last Word”.

His most recent appearance in a movie has been in the 2020 adventure comedy “Monuments”, which failed to attract any attention and received mixed reviews.

Joel made his debut TV series appearance in 1990, with his starring role in the comedy “Grand” while the following year saw him portray Captain Ken Epstein in another comedy “Pacific Station”.

Joel voiced the lead character Beethoven in the eponymous 1994 series, and from 1992 to 1995, he played the lead character Ray Litvak in the romantic comedy “Love & War”, which also starred Jay Thomas and Joanna Gleason, and follows a woman who is running her own bar in New York City while being in a relationship with an egotistic columnist. In 2000, Joel was cast to voice various characters in the animated comedy “Baby Blues”, while from 1997 to 2002, he portrayed Pete Cavanaugh, one of the main characters in the critically acclaimed romantic comedy “Dharma & Greg”, which won 11 awards including a Golden Globe while it was nominated for 41 other awards.

Two of his following portrayals of lead characters were in the romantic comedy “Still Standing”, and the short-lived comedy “Mother Lover”, while he also played a supporting character in the hit romantic comedy “Two and a Half Men”.

Joel also appeared in the critically acclaimed drama “Mad Men”, which won 138 awards including five Golden Globes, and in 2017, he portrayed one of the lead character Rollie in the comedy “Shrink”.

Three of his most recent roles in TV series have been in the 2019 episode “The Slide” of the mystery comedy “Lodge 49”, the 2020 episode “Columbus” of the adventure comedy “AJ and the Queen” and later that year the episode “Bridge Over Troubled Conners” of the comedy “The Conners”.

Joel is currently shooting for the upcoming series “Heels”.

He has directed single episodes of several series, including “The Big Bang Theory”, “Last Man Standing” and “Mike & Molly”, and has also directed the short films “The One About the Nun and the Priest” and “The Bouncer”. His most recent directing credit has been the 2019 comedy film “Vendors”.

He has both written and produced five episodes of the series “The Sweet Spot”, produced the 2010 documentary movie “Ballhawks” and wrote the 2012 short film “Proof”.

Joel received special thanks for the 2018 documentary movie “Bleed Out”.

He has appeared in various documentaries, including the 2002 movie “The Delmonic Interviews”, the 2002 series “Biography”, and the 2018 movie “The Bill Murray Stories: Life Lessons Learned from a Mythical Man”. Joel has also been a guest in various talk-shows such as “The Tonight Show Starring Johnny Carson”, “Kevin Pollak’s Chat Show” and “Ujokes”.

Joel is rather secretive when it comes to his love life, and while he’s been keeping the details of it to himself, it’s known that he has been married to Eliza Coyle since 16 September 1989. Eliza is also an actress, and has appeared in over 30 movies and TV series, and has starred alongside her husband in several films including the 1991 crime comedy “Shakes the Clown”, and the 2011 “God Bless America”.

The two have been leading a seemingly happy life together to this day, and they have three sons named Louie, Gus and Hank, and a daughter Annie.

Joel hasn’t mentioned any other women he has perhaps been with, and as of February 2021, he is married to Eliza Coyle and has four children.

Joel is also a businessman as together with his brothers he owns the restaurant The Murray Brothers’ Caddyshack.

He likes to write in his spare time, and besides movies and episodes of TV series, Joel has also written various short stories which he hasn’t published for unknown reasons.

He likes to play golf with his friends, and has taught his boys to play various sports including basketball, volleyball and baseball.

Joel is not much of a traveler, and enjoys staying in California.

He has his own favorite actors and actresses, some of whom are Jim Carrey, Bruce Willis and Julia Roberts, all of whom he has met, and a couple of his favorite movies are “Bruce Almighty”, “Ace Venture: When Nature Calls” and “Pulp Fiction”.

Posted by Center for Duchenne Muscular Dystrophy at UCLA on Wednesday, May 27, 2015

Who is Bill Murray?

William James ‘Bill’ Murray was born in Evanston, Illinois USA, on 21 September 1950 – his zodiac sign is Virgo and he holds American nationality. He is an actor, writer and comedian, who has appeared in numerous critically acclaimed movies, and has won 53 awards, including a Golden Globe and two Primetime Emmys, out of the 158 he has been nominated for, including an Oscar.

Bill also studied at Loyola Academy, while working to have enough money for himself. He was interested in music while growing up, and was the lead singer of his band The Dutch Masters. Upon matriculating in 1968, Bill enrolled at Regis University, but dropped out before finishing a single semester; two years later, he was arrested after police found 10lbs (4.5kgs) of cannabis in his bag.

He launched his acting career in the early ’70s, when his brother Brian asked him to appear in plays performed at theatres around Chicago.

Bill was then in 1974 invited to join the comedy radio show “The National Lampoon Radio Hour”, a job for which he had to move to New York City, and the following year saw him appear in the TV show “Saturday Night Live with Howard Cosell”.

His first movie lead role was in the 1979 comedy “Meatballs”, while he became famous after his portrayal of the lead character in the 1984 supernatural comedy movie “Ghostbusters”. He was praised for his portrayal of Phil in the evergreen 1993 fantasy comedy movie “Groundhog Day”, which follows Phil who relives the same day over and over again before he manages to make his co-worker fall in love with him. A couple of Bill’ following notable performances in movies were in the 1996 live action / animated sports comedy “Space Jam”, the hit 2003 romantic comedy “Lost in Translation” in which he starred alongside Scarlett Johansson, and the 2012 British historical comedy “Hyde Park on Hudson”.

Some of the best movies he has appeared in in the past few years include the 2014 comedy “The Grand Budapest Hotel”, the 2014 war film “The Monuments Men”, and the 2020 comedy “On the Rocks”.

He is a huge fan of baseball and a part-owner of the teams the St. Paul Saints, the Charleston RiverDogs and the Brockton Rox.

Bill married his other half Margaret Kelly on 25 January 1981, and she gave birth to their sons Luke and Homer. However, Bill and Margaret divorced in 1996 because he was having an affair with Jennifer Butler, whom he married the following year. She gave birth to their four sons Lincoln, Cooper, Jackson and Caleb, but the two then divorced on 13 June 2008. In 2015, Bill was in a relationship with Jenny Lewis, an American musician and actress.