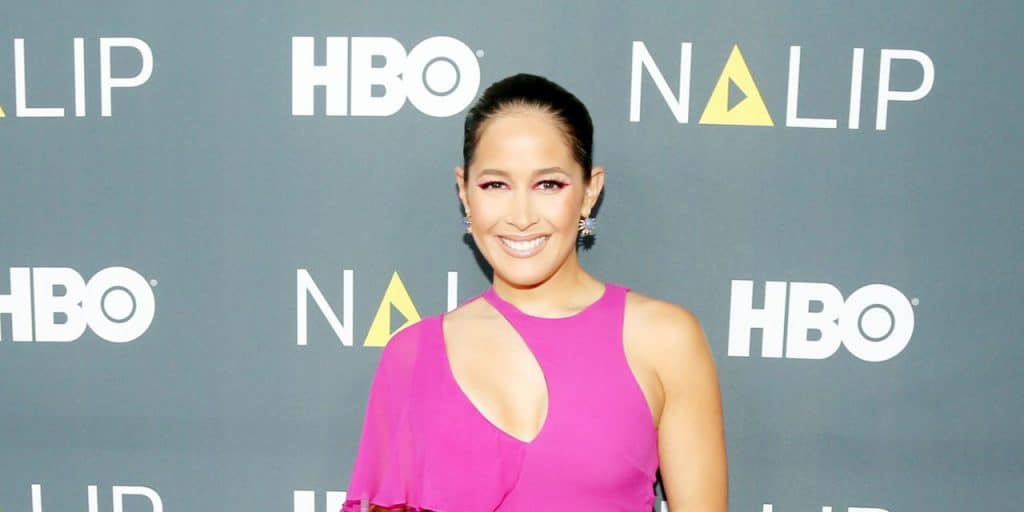 Who is Jaina Lee Ortiz?

Jessica Ortiz was born in California USA on 20 November 1986 – her zodiac sign is Scorpio, and she holds American nationality. Under her professional name of Jaina Lee Ortiz, she’s an actress and a dancer, who’s perhaps known best for her portrayal of the lead character, Detective Annalise Villa, in the mystery crime series “Rosewood”. It was created by Todd Harthan, also starred Morris Chestnut and Gabrielle Dennis, and follows Dr. Beaumont Rosewood, a Miami pathologist, who’s examining people’s dead bodies to identify their murderers. The series aired from 2015 to 2017, and was nominated for seven awards.

Jaina was raised with her adopted sister named Ash in The Bronx, New York City, as her family moved there not long after she was born. Her father Joe Ortiz was a New York Police Department detective, while her mother prefers to be left out of media.

Jaina grew up being interested in dancing, and was nine years old when she took on salsa and mambo. She spent most of her spare time practicing dancing, and by the time she turned 15, she had already begun teaching other people. Aged 16, Jaina became a professional instructor, and began performing internationally.

She attended a local high school, at which she was mostly interested in acting, and appeared in various plays performed at the school.

Upon matriculating in 2005, she didn’t enroll at college, but rather focused on acting, and practiced her skills at Maggie Flanigan Studios, mostly being focused on learning the Meisner Technique, a special approach to acting.

Jaina has been credited with appearing in seven movies, and five TV series. She made her debut film appearance aged 18 and still in school in 2004, with her portrayal of Spanish Rice, in the drama “Sad Spanish Song”. It follows a British man who finds it easy to become friends with people whom he meets under strange circumstances. Jaina’s following role came four years later, when she portrayed the lead character Dancer, in the short fantasy “High Voltage”, written and directed by Christina Soto.

In 2012, we saw her star as I. C., in the action drama “Misfire”, written and directed by Shan Serafin, and which also starred Chloe Zak and David Fraioli. The movie follows several female assassins who have turned against each other, as they are all claiming to have killed the same target. The following year saw Jaina star as Daniela, in the short romantic drama “Laid Out”, but she became popular in 2014 with her portrayal of Marly, in the critically acclaimed horror fantasy drama “The After”. The film was written and directed by Chris Carter, starred Aldis Hodge, Andrew Howard and Arielle Kebbel, and follows eight people who have found themselves in a strange world, which defies logic.

Jaina’s most recent film role has been in the 2017 adventure comedy “Girls Trip”, which starred Regina Hall, Queen Latifah and Jada Pinkett Smith, and follows four friends at the annual Essence Festival. The movie was a hit, winning 13 of the 55 awards for which it was nominated.

Jaina made her debut TV series appearance in 2012, when cast to play Petrona, in six episodes of the comedy “The Shop”. It starred Orlando Deral Wilson, Crystal Rogers and Mario Mosley, and follows the people who have found themselves at a salon in Sherman Oaks, California. It was cancelled after airing seven episodes, because of low ratings.

The year 2017 saw Jaina play Angela Tio in four episodes of the hit action drama “Shooter”, created by John Hlavin, and which starred Ryan Phillippe, Shantel VaSanten and Cynthia Addai-Robinson. The series follows the veteran Bob Lee Swagger, who has been asked to return to work, after an organization began plotting to kill the President. It was nominated for two awards.

In 2019, Jaina played Andy Herrera, in three episodes of the award-winning romantic drama “Grey’s Anatomy”, and since 2018, she has been portraying the same character, in the romantic action drama “Station 19”. It’s a spin-off from “Grey’s Anatomy”, also stars Jason George and Grey Damon, and follows the lives of people working at Seattle’s Firehouse Station 19; the series has won five of the six awards for which it’s been nominated.

Jaina has made a guest appearance in over 10 talk-shows, including “Jimmy Kimmel Live!”, “Good Morning America” and “Entertainment Tonight Canada”.

She also competed in the TV show “Celebrity Family Feud”.

In 2016, Jaina was nominated for an Imagen Foundation Award for Best Actress – Television, for her performance in the series “Rosewood”.

Jaina prefers to keep the details of her love life to herself, but it’s widely known that she’s a married woman. She exchanged vows with Brad Marques in 2010, in a private ceremony attended by their closest friends and family members. Brad’s an actor and a film writer, who appeared in the 2015 episode “Fireflies and Fidelity” of the series “Rosewood”, and who’s perhaps known best for having written 28 episodes of the action fantasy series “The Gifted”.

Jaina and Brad don’t have children together, and this is widely believed to be because they both want to focus on their careers, however, there are also some who claim that perhaps one of the two (or both) is infertile. Neither Jaina nor Brad have commented on these rumors.

Jaina hasn’t spoken of any men whom she had perhaps been with prior to meeting Brad, and as of July 2021, she’s married to Brad Marques, and doesn’t have children.

Jaina’s a fashionista, and is trying to keep up with all the latest fashion trends. She goes shopping for clothes several times a week, so is a bit of a shopaholic.

She’s a fitness freak too, and has multiple training sessions at the gym every week. Jaina’s also following a strict diet, thus her slim figure.

Summer’s her favorite season, as she loves to swim in the ocean, sun tan at the beach, and play beach volleyball. Otherwise Jaina prefers to spend her spare time in nature, rather than in cities.

I did it! I hiked #RunyonCanyon after I don’t know how many years. Good way to celebrate my 11th yr of living in LA. 🙏🏼 pic.twitter.com/OFvrt1QCv3

She’s a huge animal-lover, and has volunteered at several animal shelters.

She has her own favorite actors and actresses, some of whom are Brad Pitt, Matt Damon and Angelina Jolie, and a couple of her favorite movies are “Meet Joe Black”, “Good Will Hunting” and “Mr. and Mrs Smith”.