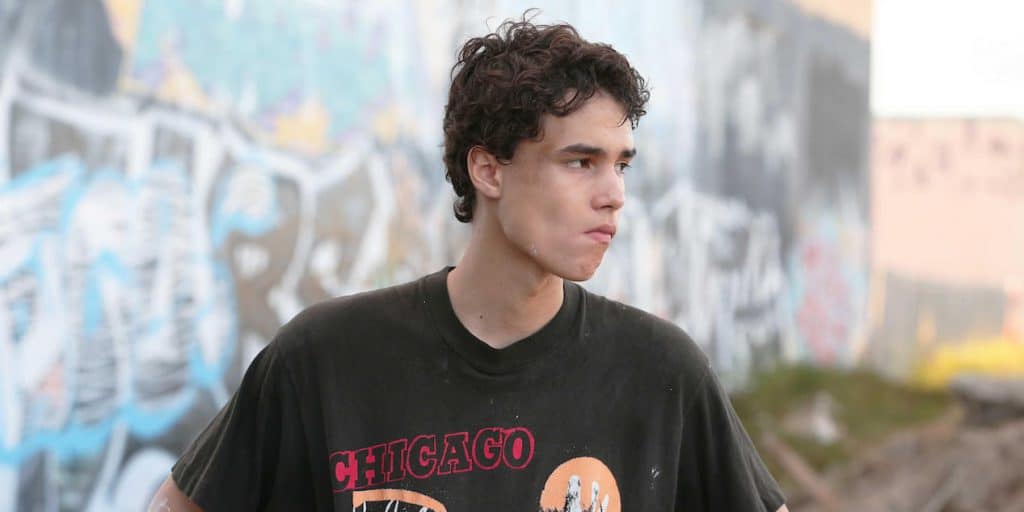 Who is Jeff Wahlberg?

Jeffrey ‘Jeff’ Wahlberg was born on 17 July 1996 under the sign of Cancer, in Boston, Massachusetts USA. He is a 24-year-old model and actor, probably best recognized for landing the role of Diego in the adventure comedy film “Dora And The Lost City Of Gold” (2019). He is also known for being a member of the famous Wahlberg family.

How rich is he, as of now? Jeff Wahlberg Net Worth

As of late 2020, Jeff Wahlberg’s net worth is over $1 million; acquired through his successful involvement in the film industry as a professional actor, garnering 10 acting credits since his start back in 2012. He also increases his wealth through his modeling career.

Jeff Wahlberg spent his early years in his hometown of Boston. There he was raised in the famous family as the son of award-winning author and producer James ‘Jim’ Wahlberg and his wife Bennie. His mother is Dominican, while his father is of Irish, Swedish and more distant French-Canadian descent. He has a younger sister, named Kyra, and also a brother. Jeff holds American nationality, belongs to mixed ethnic group, and is a Christian. Regarding his education, Jeff completed his high school education, but didn’t go to college.

If you are wondering if Jeff Wahlberg is related to Mark Wahlberg, the answer is yes – the famous Hollywood actor and producer is Jeff’s uncle! He is probably best recognized for starring in such roles as a police officer in “The Departed” (2006), Micky Ward in “The Fighter” (2010), and for producing a few HBO series, including “Entourage” (2004-2011), and “Boardwalk Empire” (2010-2014).

Jeff’s other uncles who are also famous Hollywood actors are Robert Wahlberg, who has starred in such film titles as “Mystic River” (2003) and “The Equalizer” (2014), and Donnie Wahlberg, known for his work on the “Saw” film series, and other film titles such as “The Sixth Sense” (1999), and “Zookeeper” (2011). Donnie is also a singer-songwriter and founding member of the band New Kids on the Block.

Jeff is also the nephew of Paul Wahlberg, a chef and reality TV star. He is the co-owner of the dining burger restaurant and bar Wahlburgers, alongside Mark and Donnie.

Moreover, the family had their own reality show entitled “The Wahlburgers”, aired on A&E between 2014 and 2019.

Since he hails from a family of renowned Hollywood actors and producers, Jeff Wahlberg developed his love for acting at a very young age. Right after his matriculation, Jeff decided to move to Los Angeles, California to start pursuing his career in the world of entertainment. According to his IMDB profile, he made his debut film appearance in the role of James Scully in Michael Yebba’s drama film “A Feeling From Within” (2012), starring along with such actors as William Lee Scott, George Carroll, and Jamie Hector.

Jeff’s next role came in 2015, when he was chosen to portray Peter in the made-for-TV short comedy-drama film “Instant Gratification”, directed by Jokes Yanes. During the same year, he collaborated again with Michael Yebba, featuring as Isacc Diaz in his short drama film “If Only”, and then made a guest-starring appearance as a parking attendant in the episode “Head-On” of the comedy-drama series “Ballers”, aired on HBO – his uncle Mark Wahlberg served as an executive producer on the series. Afterwards, Jeff portrayed Kerst in the short-adventure crime film “Toyed” in 2016.

Jeff Wahlberg’s big break came when he won the role of Mickey Smalley in Bruce Thierry Cheung’s 2017 drama film “Don’t Come Back From The Moon”, starring next to James Franco and Rashida Jones. It premiered at the Los Angeles Film Festival, and his work on the film encouraged him to pursue more serious acting roles. In 2018, he landed the small role of Zeger in the episode “No Man’s Land – Part Two” of the sci-fi thriller series “Counterpart”, broadcast on the Starz network, and then starred as Prince in the sci-fi Western action film “Future World”. The film is directed by James Franco and Bruce Thierry Cheung, while the script is written by Chung and Jay Davis, however, it received negative reviews.

“Dora and the Lost City of Gold” and Other Projects

In 2019, Jeff was chosen to play Diego in the adventure comedy film “Dora And The Lost City Of Gold”, along with Isabela Moner, Eva Longoria and Eugenio Derbez,s directed by James Bobin. It represents a live-action adaption of the animated hit TV series “Dora The Explorer”. The film received positive reviews from critics, and grossed over $120 million worldwide.

Recently, it was announced that Jeff will feature in the upcoming crime drama film “Cherry”, directed by the Russo brothers, appearing next to Tom Holland, Ciara Bravo and Jack Reynor. It’s scheduled to be released in February 2021.

Apart from his acting career, Jeff Wahlberg recently started pursuing a modeling career. He received his first modeling offer after being noticed on Instagram, and made an appearance in the Calvin Klein Jeans Fall 2018 campaign. Thereafter, Jeff graced the cover of the Fall/Winter issue of ‘At Large Magazine’, and then appeared in two editorials for the same magazine, and the magazine ‘Interview’.

Jeff Wahlberg tends to keep his private life far away from the eye of the public. He has never been spotted with a girlfriend, so it’s believed that he is single at the moment.

In his spare time, Jeff enjoys reading books and traveling around the world. His favorite holiday destination is Australia.

His favorite cuisine is Italian.

His favorite color is black.