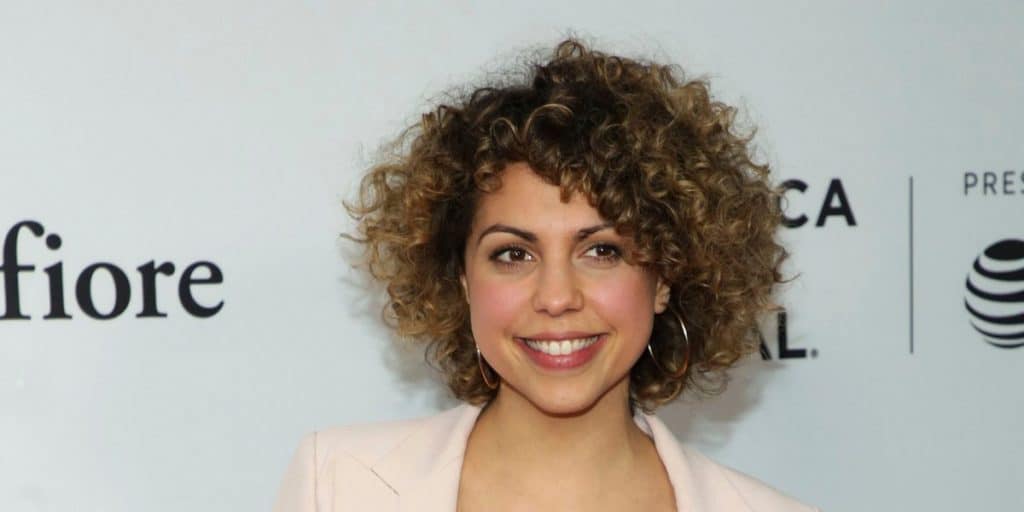 Who is Jess Salgueiro?

Jess Salgueiro was born on 20 November under the zodiac sign of Scorpio in Winnipeg, Manitoba, Canada; however, the year of her birth is unknown, but probably in 1986. Jess holds Canadian nationality, belongs to mixed ethnic group, and is a Christian. She is an actress and writer, probably best recognized for starring in the role of Mean Nanny in the Canadian sitcom “Workin’ Moms” (2017-2019), playing Chandra Wei in the American sci-fi series “The Expanse” (2019), and featuring as Isabel in the American drama series “Tiny Pretty Things” (2020).

How rich is she, as of now? Jess Salgueiro Net Worth

As of late 2020, Jess Salgueiro’s net worth is over $1.5 million, acquired from her years working as an actress both on television and in film. She has garnered 55 acting credits since her career started back in 2009.

Jess Salgueiro spent her early years in her hometown of Winnipeg, where she was raised by her parents, John and Maria Salgueiro parents, who emigrated from Alcanena and Santa Bárbara de Nexe, Portugal. Her father went to Daniel McIntyre Collegiate Institute, and is the owner of the JS Furniture Gallery. She has two sisters, named Nancy and Julie – Nancy is a doctor, activist, and childbirth educator.

After she completed her high school education, Jess enrolled in the Randolph Academy for Performing Arts in Toronto, Canada, graduating with a degree in Music Theatre in 2008.

Following graduation, Jess spent some time working for the Sears & Switzer Film School and the Second City Training Centre. In 2009, she made her debut appearance as Angela in the short film “In The Grid”, directed by Rowan Nielsen. Two years later, she starred in such short film titles as the crime drama “Gina”, appearing in the title role, the horror thriller “The Unleashed”, playing Lindsay, and the comedy “Kings”, featuring as Amber.

She then landed the title role in the 2012 short drama film “Abra”, after which she starred as Christine in Hannah Yohannes’ short family drama “Home Away” and Rasha in Andre Rehal’s short sci-fi film “New Domain”, both in 2013.

In 2014, Jess made her TV debut, guest-starring as Meredith in the episode “Bad Blood” of the Canadian medical drama series “Remedy”, which was followed by her portrayals of Emily in the short drama film “Agape”, and Ami in the short comedy-drama film “Entrain”. Between 2014 and 2017, Jess was one of the cast members of the American horror drama series “The Strain”, created by Guillermo del Toro and Chuck Hogan and aired on FX.

She guest-starred as Sherry in the first season of the series, and later returned for its fourth season. After starring in the short drama film “Attic For Rent”, which she also wrote, Jess landed the role of Fatima in the romantic comedy film “A Date With Miss Fortune”, both in 2015. In the same year, she was chosen to portray Nurse Cabrera in the Canadian supernatural medical drama series “Saving Hope” (2015-2017), aired on CTV.

Side by side with filming the series, Jess also guest-starred as DJ in an episode of the American  surrealist romantic comedy series “Man Seeking Woman”, and as Luisa in two episodes of the Canadian sci-fi thriller series “Orphan Black”, both in 2015.

In the following year, Jess was quite busy since she landed the roles of Amy in the fantasy drama romance “A Sunday Kind Of Love”, Fatima in the crime drama thriller “The Market”, and Kane in the made-for-TV mystery thriller “Serialized”. During the same year, she also guest-starred as Patsy in an episode of the Canadian-American sci-fi police procedural series “Beauty & The Beast”, and as Charmaine in an episode of the Canadian comedy-drama series “Private Eyes”.

Later that year, she guest-starred as Elena in an episode of the Canadian sitcom “Kim’s Convenience”, and was then cast as Lacey in the American horror anthology series “Channel Zero”, created by Nick Antosca. Between 2017 and 2018, Jess portrayed Larissa in the Canadian drama series “Mary Kills People”, and also appeared as Mean Nanny in the Canadian sitcom “Workin’ Moms”, from 2017 through 2019.

In 2018, Jess guest-starred as Jada in two episodes of the American thriller series “Condor”, which was followed by her portrayals of Roxanne in the drama film “Mouthpiece”, and Jackie in the horror film “I’ll Take Your Dead”.

In the same year, she featured as Gemma in the made-for-TV romantic comedy “No Sleep ‘Til Christmas”, and played Emily in the short comedy film “Emily And Andrew’s Grand Finale”. She then joined the cast of the Canadian sitcom “Letterkenny”, playing Mary-Anne through 2018 and ‘19.

Later in 2019, Jess portrayed Darnley in the thriller film “American Hangman”, played Camila in the short comedy-drama film “Undone”, and was cast as Jessica ‘Messy Jessie’ Tapp in the comedy series “The Ninth”. It was followed in the same year by her appearance in the recurring role of Robin in the Prime Video black comedy superhero series “The Boys”,. She then featured as Jess in the short comedy-drama film “Volcano”, written and directed by Karen Moore”, played Anne Banting in the comedy film “Canadian Strain”, and portrayed Chandra Wei in the American sci-fi series “The Expanse”, aired on Syfy network, all in 2019.

Thereafter, she landed the role of Cala in the 2020 short comedy film “Bing! Bang! Bi!” Later that year, she played Marienne in the crime thriller film “Two Deaths Of Henry Baker”, Sonya in the horror film “Come Play”, and Angela in the drama film “Sugar Daddy”. Most recently, Jess was chosen to appear in the leading role of Isabel in the American drama series “Tiny Pretty Things” (2020), released on Netflix.

She is currently filming the Netflix superhero series “Jupiter’s Legacy”, in which she will portray Jacinda Dos Santos / Shockwave. Besides that, Jess will do the voice over in the upcoming video game “Far Cry 6”.

The famous actress has long curly light brown hair and dark brown eyes. She stands at a height of 5ft 5ins (1.65m), while her weight is around 120lbs (55kgs). Information about her vital statistics, bra, dress and shoe size hasn’t been disclosed.

Jess Salgueiro is very secretive person when it comes to her love life. There isn’t information in the media about her love interest, so it seems that she is single at the moment, and focused on her professional career. Her current residence is in Toronto, Canada.