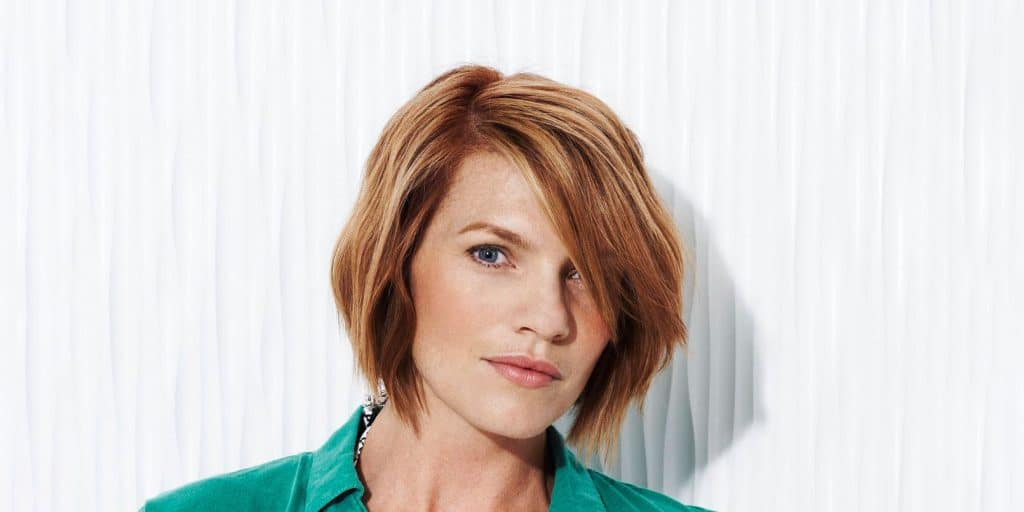 Who is Kathleen Rose Perkins?

Kathleen Rose Perkins was born in New Baltimore, Michigan USA, on 15 November 1974 – her zodiac sign is Scorpio and she holds American nationality. She is an actress who is perhaps still known best for her portrayal of a supporting character in the 2005 action science fiction thriller movie “The Island”, directed by Michael Bay, and which starred Scarlett Johansson, Ewan McGregor and Djimon Hounsou. It’s a story about The Island, which is the only uncontaminated place remaining on Earth. The movie was nominated for seven awards, winning one.

Kathleen was raised alongside her four older brothers in New Baltimore, by their father Leonard and mother Donna – nothing about her parents’ professions is known, while it’s believed that the family is quite wealthy.

Kathleen’s parents urged her to focus on her education, and she was amongst the best students at Anchor Bay High School. She was interested in various activitiess including sports, and it was when she joined her school’s performing arts club that she became interested in acting. Kathleen matriculated in 1992, and then attended Western Michigan University, from which she graduated with a Bachelor of Fine Arts degree in musical theatre in 1996.

Kathleen has been credited with appearing in more than 70 movies and TV series, and we are about to mention some of her most notable performances in this article.

She worked various jobs for five years following graduation, while simultaneously attending auditions for roles in both movies and TV series. She made her debut TV series appearance in the 2001 episode “The Easter Rebellion” of the comedy “The Fighting Fitzgeralds”, and after guest starring in an episode of various series, Kathleen gained recognition in 2006 when cast to portray Jocelyn in four episodes of the romantic comedy “Help Me Help You”.

The following year saw her play the supporting character Julia, in four episodes of the romantic drama “Tell Me You Love Me”, and in 2009, Kathleen starred as Amy in the drama “Trust Me”, with Eric McCormack and Tom Cavanagh, which follows the lives of several people working at Rothman, Greene & Moore.

The same year saw her portray the supporting character Ms. Duffy, in the romantic comedy “’Til Death”, and in 2015, Kathleen was cast to star as Melanie Buck in the comedy “Ballot Monkeys”, but which was cancelled for low ratings after airing five episodes. The following year saw her play the supporting character Jennifer McMahon in the action adventure drama “Colony”, while a couple of her following roles were in the romantic comedy “You’re the Worst”, the comedy “Episodes”, and another comedy – “American Housewife”.

Three of her most recent roles in series have been in the 2019 episode “TMI: Too Much Integrity” of the comedy “Fresh Off the Boat”, seven 2020 episodes of the science fiction comedy “I Am Not Okay with This”, and 10 episodes of the drama “Doogie Kamealoha, M. D.” in 2021.

Kathleen made her debut film appearance in the 2003 comedy “Jack’s House”, which failed to attract any attention, and a couple of her following roles were in the  romantic comedy “Burning Annie”, the comedy “The Amazing Westermans” both in 2004, and the 2005 romantic drama “Suzanne’s Diary for Nicholas”.

In 2010 Kathleen starred alongside Jake Hoffman and Rachel Boston in Aaron Michael Metchik’s comedy drama “10 Years Later”, and in 2012 she appeared in the hit mystery horror thriller “The Pact”, which follows a woman as she learns that a mysterious presence in her house is responsible for her mother’s death and her sister’s disappearance.

Perhaps the most popular movie she has appeared in was the 2013 romantic comedy “Enough Said”, written and directed by Nicole Holofcener, and which starred Julia Louis-Dreyfus, James Gandolfini and Catherine Keener. It follows a divorced woman who has just fallen in love with her friend’s ex-husband, and the movie won eight awards while it was nominated for 38 others, including one Golden Globe. A couple of Kathleen’s following notable performances were in the romantic comedy “The Skeleton Twins”, and also in 2014 the mystery thriller drama “Gone Girl”, which starred Ben Affleck and Neil Patrick Harris, and was a huge hit having won 64 awards out of 251 it was nominated for, and the 2015 fantasy drama “How Sarah Got Her Wings”.

Three of Kathleen’s most recent roles in movies have been in the 2018 dramas “Juvenile” and “Almost Home”, and the 2019 biographical drama “Walk. Ride. Rodeo.”.

Kathleen has a single writing and a single producing credit. In 2006, she wrote the short drama “Last Night” and in 2015 produced the family comedy “The Better Half”.

She made her first talk-show guest appearance in a 2012 episode of “The Late Late Show with Craig Ferguson”, while the same year saw her appear in two episodes of “The Morning After”. Kathleen has appeared in several other talk-shows, including “Home & Family” and “Celebrity Page”.

Kathleen has won only one award: a 2015 FilmQuest Cthulhu Award for Best Actress for her performance in the family comedy movie “The Better Half”.

Kathleen is a private person who prefers to keep her love life away from the media’s attention, however, it’s known that she has been in a relationship with Christopher Moynihan for more than 15 years now. It doesn’t appear as the two want to marry or have children, seemingly focused on their careers.

Christopher ‘Chris’ Moynihan was born in New York City USA, on 1 April 1973 – his zodiac sign is Aries and he holds American nationality. He is an actor, comedian and writer, who is perhaps known best for his lead role in the comedy series “Man Up!” which he created as well. The series also starred Mathre Zicel and Dan Fogler, and follows three men trying to learn what it means to be a ‘real man’. It was nominated for four awards.

Neither Christopher nor Kathleen have mentioned any other people they have perhaps dated, so as of February 2021, Kathleen is in a relationship, hasn’t married and has no children.

Kathleen loves her feet which have their own profile on a wiki page for feet, and they have a five-star rating on the website. It has become popular nowadays for people to post and sell their feet pictures on the internet.

Kathleen has been practicing Tae Kwon Do since her early years, and today holds a third degree black belt, however, she once pushed her body too far and tore her labral cartilage which needed  surgery.

She has several training sessions at the gym each week, and today works as a fitness instructor.

Kathleen loves everything that has anything to do with Great Britain, meaning that she is an anglophile.

She has her own favorite actors and actresses, some of whom are Graham Chapman, John Cleese and Kate Winslet (all British), and a couple of her favorite movies are “Monty Python and the Holy Grail”, Monty Python’s Life of Brian,” and “The Eternal Sunshine of the Spotless Mind”.

Age, appearance and net worth

As of February 2021, her net worth has been estimated at over $1 million.