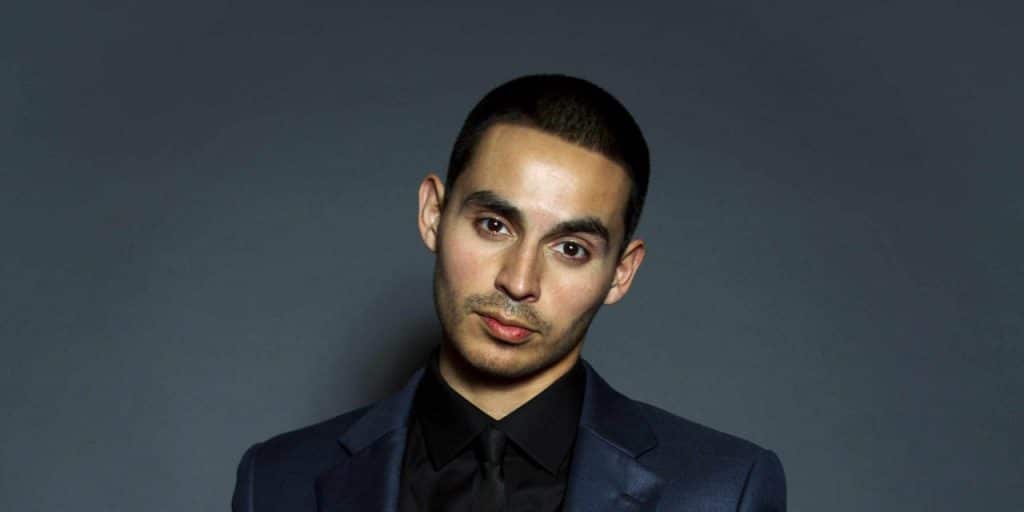 Who is Manny Montana?

Manuel Garcia ‘Manny’ Martinez was born in Long Beach, California USA, on 26 September 1983 – his zodiac sign is Libra, he holds American nationality and his ethnicity is Mexican. He’s an actor who is perhaps known best for his portrayal of Johnny Tuturro in the action crime drama series “Graceland”, created by Jeff Eastin and which starred Daniel Sunjata, Aaron Tveit and Vanessa Ferlito. It follows a new FBI agent while he’s being trained by a former legendary agent; the series aired from 2013 to 2015 and won one of the four awards it was nominated for.

Is he married and who is his wife?

Manny is quite secretive when it comes to his love life, but it’s known that he has been married to Adelfa Marr since 2016, and it’s widely believed that the two dated for over a year before exchanging vows. They have a son together, but neither Manny nor Adelfa have disclosed the date of his birth nor the boy’s name.

Not a lot is known about Adelfa, as she prefers to stay away from the media’s attention, however, she has done a bit of acting, as she appeared in the 2019 episode “Take Off Your Pants” of the series “Good Girls”. It’s widely believed that Manny made this happen for her.

Neither of the two have spoken about any other people they have perhaps been with, and as of February 2021, Manny is married to Adelfa Marr and they have on son together.

Manny was raised in Long Beach alongside his three brothers Jason, Mark and Michael G. Martinez, by their Mexican mother Martha Aldrette and their Mexican father whose name isn’t known.

Manny grew up being interested in football, and began practicing it while attending Jordan High School. He dreamed about becoming a famous football player one day, and thus worked very hard, not skipping a single training session and working out on a daily basis.

During his time at college, Manny worked at the school’s radio station as a DJ, and later joined the radio station Power 100.3 as an intern.

He made his debut film appearance in the 2008 short drama “El Primo”, and a couple of his following roles were in the drama “East L. A.”, another  drama “Sanctuary” both in 2008, and the 2009 mystery crime thriller “Detached”.

Manny went on to star in several shorts, such as “Road to Moloch”, “Maria de Covina” and “30 Is the New 12”, then in 2013 was cast to portray Tenoch in the crime thriller “Go for Sisters”, written and directed by John Sayles, and which starred LisaGay Hamilton, Yolonda Ross and Edward James Olmos. It follows Bernice as she hires a parole officer and a disgraced cop to help her search for her missing son; the movie was nominated for seven awards.

Manny went on to portray the supporting character Alonzo Reyes in the 2015 action crime thriller “Blackhat”, which starred the famous actor Chris Hemsworth, Viola Davis and Tang Wei, and follows a convict and his friends trying to hunt down a cybercrime group; it won one out of the five awards it was nominated for.

He also played a supporting character in Joseph Mazzello’s 2016 sports comedy “Undrafted”, and in 2018 Manny was cast to play Axl in the critically acclaimed crime thriller “The Mule” directed by Clint Eastwood, who also starred in it alongside Patrick L. Reyes and Cesar De Leon. The film follows a 90 year-old Korean War veteran who becomes a drug mule of a Mexican cartel; it won one while it was nominated for 11 other awards.

Manny’s most recent appearance in a movie has been in the 2020 romantic crime drama “I Hate the Man in My Basement” which received mixed reviews and attracted little attention.

He made his debut TV series appearance in the 2008 episode “Heal Thyself” of the romantic drama “ER”, and the following years saw Manny make a guest appearance in an episode of various series, such as the mystery crime drama “Eleventh Hour”, the action fantasy drama “Terminator: The Sarah Connor Chronicles”, and the mystery crime drama “Cold Case”.

Manny subsequently gained recognition in 2015, when cast to portray the lead character Octavio Cruz in the short-lived musical crime drama “South Beach”, which also starred Jacqueline MacInnes Wood and Deniz Akdeniz, and follows the lives of several musicians working their way up in Miami, Florida. In 2016, he was cast to play the lead character Franklin ‘Frankie’ Cruz in the drama “Conviction”, created by Liz Friedlander and Liz Friedman, and which also starred Hayley Atwell and Eddie Cahill; the series follows an attorney who is being blackmailed to investigate cases of wrongfully accused people.

The year 2017 saw Manny play the supporting character Marcos Villa in five episodes of the mystery crime drama “Rosewood”, and he also made his voicing debut in the animated family adventure “Miles from Tomorrowland”.

Manny’s most recent role in a TV series has been his portrayal of Rio, one of the lead characters in the crime comedy “Good Girls”, created by Jenna Bans and which stars Christina Hendricks, Retta and Mae Whitman. It has been airing since 2018, and follows three mothers who have decided to turn their lives around.

Manny has just recently become interested in politics because he was dissatisfied with how Donald Trump was running the US. He voted for Joe Biden in the 2020 election. and used his Instagram account which counts over a million followers to urge other people to do the same.

He is physically very active, and has a couple of training sessions at the gym each week, while he occasionally practices boxing. It was his cousin, professional boxer Ashton M. Sylve, who encouraged him to take up the sport.

He is a philanthropist, and a supporter of the organization Black Lives Matter.

Manny has his own favorite actors, some of whom are the late Heath Ledger, the late Robin Williams, and Tom Hanks, while a couple of his favorite movies are “The Dark Knight”, “Good Will Hunting” and “The Terminal”.