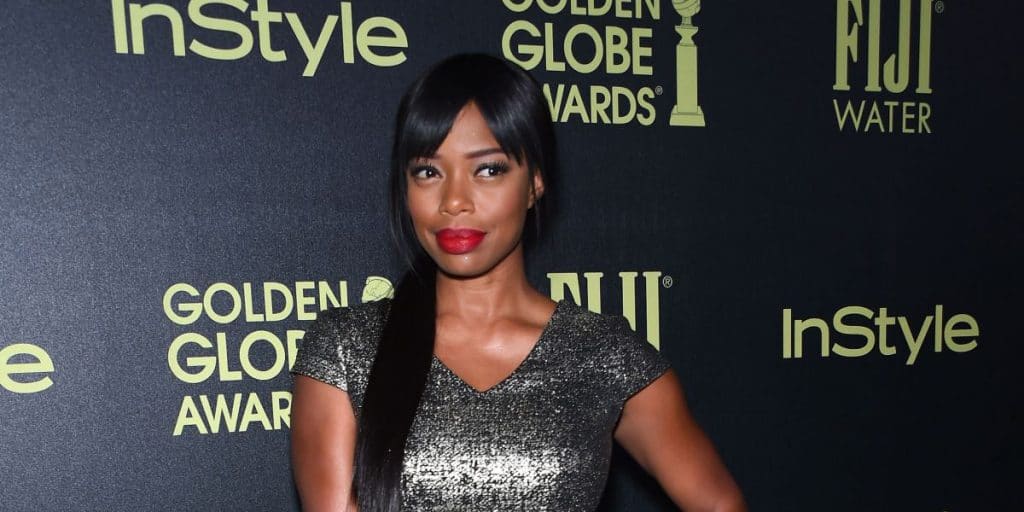 What is Jill Marie Jones’ ethnicity?

Jill Marie Jones was born in Dallas, Texas USA, on 4 January 1975 – her zodiac sign is Capricorn, she holds American nationality and her ethnicity’s African-American. She’s an actress and a former dancer, who’s probably known best for her portrayal of Antoinette ‘Toni’ Childs-Garrett in the comedy series “Girlfriends”, created by Mara Brock Akil and which starred Tracee Ellis Ross, Golden Brooks and Persia White. It follows the lives of four women – Maya, Toni, Joan, and Lynn, and the series aired from 2000 to 2008, and won eight of the 36 awards it was nominated for, including a Primetime Emmy nomination.

Jill was raised in Dallas, and appears to be an only child as she hasn’t mentioned having any siblings. She hasn’t spoken about her parents either, as they prefer to be left out of the media.

She became interested in dancing at a very early age, and was four when she started taking lessons. Jill studied at Duncanville High School, and was planning to work as a professional model or a dancer, while she also did a bit of acting, appearing in school plays. Upon matriculating in 1993, she enrolled at Texas Woman’s University, from which she graduated with a Bachelor’s degree in 1997.

Before venturing into the film industry, Jill was a Dallas Cowboys Cheerleader until 1999, when she became a Dallas Mavericks Dancer. Following this, she joined the US Department of Defense and the United Service Organization during their tour around the world, visiting countries such as Egypt, Israel and Japan. Jill then moved to Los Angeles in California to focus on acting and modelling.

Jill made her debut TV series appearance in 2000, with her portrayal of Cheerleader Captain in the episode “Shock Treatment” of the comedy “City Guys”, and in 2010, she was cast to play the lead character Gillian in the comedy “Gillian in Georgia”, which was cancelled after airing ten episodes as it failed to attract much attention.

In 2010, Jill appeared in the episode “Meet the Nightmare” of the comedy series “Meet the Browns”, and in 2013 she played Pandora in the episode “Split Milk” of the critically acclaimed horror thriller drama “American Horror Story”. Between 2013 and 2015, she was Cynthia Irving in six episodes of the action crime adventure “Sleepy Hollow”.

In 2016, Jill was cast to portray the supporting character Amanda Fisher in the horror comedy “Ash vs Evil Dead” created by Sam Raimi, Tom Spezialy and Ivan Raimi, and which starred Bruce Campbell, Ray Santiago and Dana DeLorenzo.

It follows Ash who has lived a lazy life for three decades, but now has to fight the Evil Dead as he’s humanity’s only hope, and the series won 12 of the 29 awards it was nominated for.

The year 2019 saw Jill make a guest appearance as Tina in the episode “Feminisn’t” of the comedy “Black-ish”, and in 2021, she played Tamara Roberts in five episodes of the drama “Delilah”, which still hasn’t attracted a lot of attention.

Since 2018 to this day, Jill has been playing the main character Maggie in the drama “Monogamy”, created by Caryn Ward and Craig Ross Jr., and which also stars Vanessa Simmons and Darius McCrary. It follows four couples from around the USA who travel to Los Angeles to try the new ‘Swap Therapy’, which should fix their broken marriages.

Jill made her debut film appearance in the 2007 comedy “Universal Remote”, which failed to attract any attention and received poor reviews, and the following years saw her appear in several mediocre movies, such as the 2007 comedy “Redrum” and the family fantasy comedy “The Perfect Holiday”, then the 2008 biographical comedy drama “The Longshots”.

In 2008 as well, Jill starred in the music video “Ne-Yo Feat. Jamie Foxx, Fabolous: She Got Her Own”, and she also played Private Connie Johnson in the adventure comedy drama “Private Valentine: Blonde & Dangerous”. Her first notable performance was in 2009 when she portrayed one of the lead characters Imogene Cochran in the comedy “Drool”, written and directed by Nancy Kissam, and which also starred Laura Harring and Oded Fehr.

It follows a woman who accidentally kills her abusive husband, and then goes travelling to the country’s border to dispose of his body – the movie won five awards. In 2010, Jill starred in the music video “T.I. Feat. Keri Hilson: Got Your Back”, while the year 2011 saw her play Nikki Ross in the comedy “Meeting Spencer” and Coco in the romantic comedy “35 and Ticking”.,

Jill’s following three roles were in the comedy “Men, Money & Gold Diggers”, the drama “Hera No Evil” both in 2014, and the 2018 mystery horror drama “Boo!” Her most recent movie role has been her portrayal of Viola in the 2020 historical drama “Charming the Hearts of Men”, which failed to attract any attention.

Jill has a single producing credit – five episodes of the series “Monogamy” in 2019.

She has been featured in various TV specials and documentaries such as the 2003 “34th NAACP Image Awards”, the 2004 “BET Comedy Awards”, and the 2016 “From the Mouths of Babes”.

She has made a guest appearance in many talk-shows, including “The Sharon Osbourne Show”, “Ash VS Evil Dead After Show”, and “The Real”.

Jill has been nominated for three awards winning one: a 2010 FilmOut San Diego Audience Award for Best Supporting Actress for her performance in the movie “Drool”.

Jill’s quite open when it comes to her love life and there are five men whom she has dated that the public knows about.

Around the time when she launched her acting career, Jill was in a relationship with Idris Elba, a famous British actor, rapper and singer-songwriter, who’s probably known best for his roles in the series “The Wire” and “Luther”, as well as in the movies “Mandela: Long Walk to Freedom” and “Avengers: Age of Ultron”. He and Jill were together for around a year before splitting ways.

In 2004, Jill began dating Travis Fimmel, a famous Australian actor known best for his portrayal of Ragnar Lothbrok in the series “Vikings”. The two were together for over a year before separating for unknown reasons.

Most recently, in 2013 Jill began dating Pyotr Dranga who’s a Russian singer and accordionist, but they split sometime in 2014 for unknown reasons.

As of April 2021, Jill’s single, hasn’t married and doesn’t have children.

Jill loves to travel, and even before launching her acting career, she visited various countries all around the world thanks to her modelling and dancing career. Two of her dream travel destinations are Paris in France, and Berlin in Germany.

She’s a very outgoing person as she has described herself that way, and Jill could talk to anyone which is one of the reasons why her fans like her. She has built herself quite a fanbase on Instagram, as she’s followed by more than 400,000 people.

She’s a huge animal-lover, and likes dogs more than cats as she has admitted that she’s somewhat afraid of cats.

Jill has her own favorite actors and actresses, some of whom are Joaquin Phoenix, the late Robin Williams and Emma Watson, and her favorite movies include “Joker”, “The Gladiator” and “Patch Adams”.