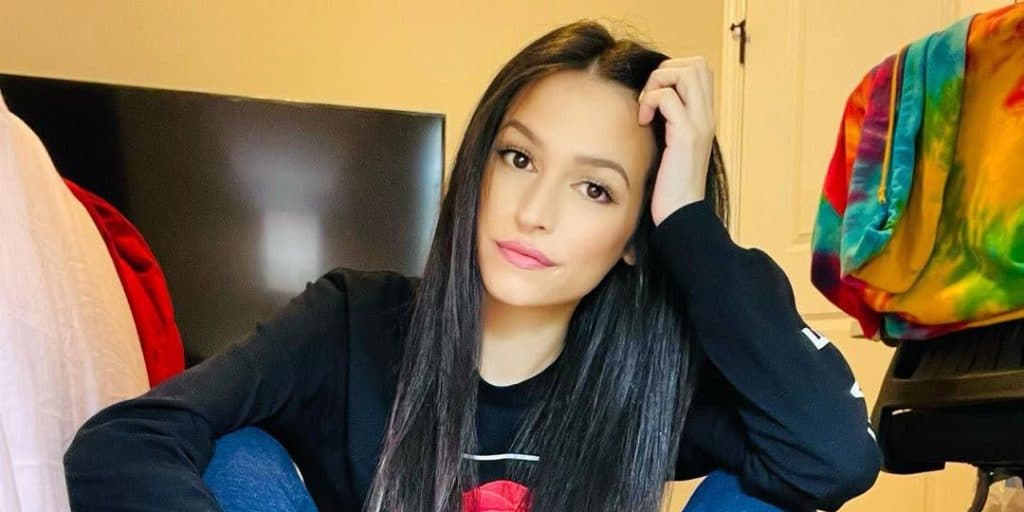 Who is Joelle Grieco?

Joelle Grieco, known better online as Jaycgee, was born in New York City, USA, on 11 February 1992 – her zodiac sign is Aquarius, and she holds American nationality. She’s a social media star, YouTuber and Twitcher, who’s probably known best for her Twitch channel, which she launched on 4 March 2014, and is today subscribed to by close to 130,000 people. This makes Joelle the owner of the #12,837 most popular Twitch channel (#5,404 most popular English language channel).

Joelle was raised in Las Vegas, Nevada alongside her older brother, as the family moved there not long after Joelle was born.

She respects her parents’ privacy, and thus very little about them is known, except that they’re of Italian descent.

Joelle grew up being interested in various things, such as fashion, video games and acting, and it was while attending a local high school that she was encouraged by her professors to pursue a modelling career. They weren’t very supportive when it came to playing video games, claiming that it wouldn’t bring her any money, however, Joelle still chose to focus on both modelling, and on playing games.

Upon matriculating in 2010, she didn’t enroll at a college, but Joelle began working at retail stores, such as Victoria’s Secret and Abercrombie & Fitch, and it was while working at the latter, that she was noticed by a modelling scout.

She didn’t have a breakthrough in her modelling career, and Joelle thus found another job, at GameStop as an assistant manager.

She apparently became focused solely on her career on the internet after she began earning enough money on Twitch, and became a Twitch partner.

Joelle usually has around 200 people watching her streams – her highest recorded number of concurrent viewers was 11,357 on 20 January 2019. She has spent over 5,550 hours (231 days) livestreaming, and has amassed over 4.2 million views of all her livestreams combined.

She mostly likes to livestream while just talking to her fans, and has spent over 1,350 hours (56 days) doing so.

The game Joelle likes to play the most is “League of Legends”, accumulatively for more than 962 hours (40 days), while she’s played “World of Warcraft: The Burning Crusade” close to 700 hours (29 days). A couple of the other games Joelle enjoys playing include “Dead by Daylight”, “Destiny” and “Apex Legends”.

Joelle launched her YouTube channel on 26 April 2015, and it’s today subscribed to by more than 3,000 people, and numbers over 150,000 views of all her videos combined. Although not particularly popular on the network, Joelle’s still uploading a couple of videos every month, which usually feature her playing and reviewing new video games, preparing various foods in her kitchen, and talking about her everyday life.

We’re going to mention three of her most watched YouTube videos, which show exactly what has made Joelle popular on the internet.

Her #1 video “Streamers World Cup – Guy Edition” has been watched close to 30,000 times since 16 April 2020, and features Joelle as she’s choosing best streamers in the ‘Streamers World Cup’, which she organized.

Joelle’s second most popular video “How to get Text to Speech with Twitch Channel Points Tutorial” has been viewed over 16,500 times since 15 September 2020 – the title’s quite self-explanatory.

Her third most popular video “Streamers World Cup – Girl Edition” has been watched close to 10,000 times since 9 April 2020, and is quite similar to her #1 video, except that this time the girls are competing to win the Streamers World Cup.

Joelle’s quite active on Instagram, as has uploaded close to 200 pictures, and has amassed over 36,000 followers. Most of her pictures have been taken during her everyday life, and occasionally have her large breasts in focus.

Joelle launched her Twitter account in November 2013, and it’s today followed by more than 35,000 people, while she’s tweeted almost 10,00 times; she tends to tweet at least once a week.

She’s also active on TikTok, and has amassed over 3,300 followers and more than 115,000 likes of all her videos combined. Joelle mostly creates lip syncing and dancing videos.

Joelle’s amongst the most secretive of YouTubers, as she prefers to keep the details of her love life to herself.

She hasn’t spoken of any men and/or women whom she has perhaps been with, which is why there are various rumors circulating the internet, concerning both her love life and her sexual orientation.

Some of her fans believe her to be lesbian, mostly because she hasn’t been seen spending time with any men, while she has been seen with women on various occasions. A fan has even claimed to have seen Joelle holding hands with a girl whom she could perhaps be dating today, but this hasn’t been confirmed.

There are also those who believe that Joelle’s today dating a mysterious man, and that she simply prefers to keep him away from the media’s attention, but this hasn’t been confirmed either.

As of June 2021, Joelle seems to be single, hasn’t married and doesn’t have children.

Joelle likes to drink alcohol – her favorite is white wine.

She’s a shopaholic, as she goes shopping for clothes at least once a week, and likes to keep up with all the latest fashion trends; she reads various fashion magazines, including “Vogue”, “Elle” and “Glamour”.

She’s into travelling, and enjoys going on road trips the most. Her dream is to buy a Volkswagen bus, and travel around the world in it.

Joelle has a couple of training sessions at the gym each week, thus her slim figure.

She’s a huge lover of animals, with her favorites being dogs.

In her spare time, she likes to watch movies starring her favorite actor and actress, Ryan Reynolds and Natalie Portman, such as “Deadpool”, “Green Lantern” and “The Proposal”.