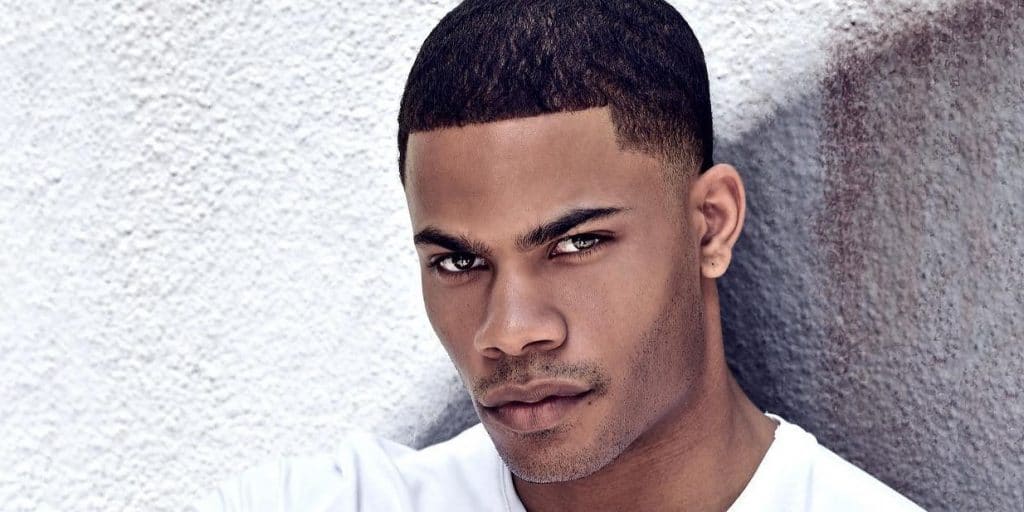 Who is Jordan Calloway?

Jordan Calloway was born on 18 October 1990 under the zodiac sign of Libra, in Los Angeles, California USA. He is a 30-year-old actor and producer, probably best recognized for landing the role of Zach Carter-Schwartz in the Nickelodeon teen sitcom “Unfabulous” (2004-2007), playing Chuck Clayton in The CW’s teen drama mystery series “Riverdale” (2017-2018), and featuring as Khalil Payne, a.k.a. Painkiller, in The CW’s superhero drama series “Black Lightning” (2018-present).

How rich is he, as of now? Jordan Calloway Net Worth

As of mid-2021, Jordan Calloway’s net worth is estimated at over $500,000, acquired through his successful career as a professional actor and producer, who has worked on over 30 television and film titles since he launched his career back in 2000.

Jordan Calloway spent his early years in his hometown of Los Angeles, where he was raised in a famous family by his father, Joseph W. Calloway, known as a cinematographer, and his mother, Tony L. Calloway, an actress; they now divorced. He has six older siblings, one of whom is Niles Calloway, famous for being an actor. He holds American nationality, and belongs to African-American ethnic group. Regarding his education, Jordan went to Maranatha High School in Pasadena, California, where he played varsity baseball. Upon matriculation in 2009, he enrolled into Azusa Pacific University, California, from which he obtained a degree in TV and Film Production.

Before becoming interested in acting, Jordan wanted to become a Navy SEAL.

Jordan Calloway’s professional acting career started in 2000, when he made his debut TV appearance as Jerel Jr. in the episode “Wedding Bell Blues” of the UPN sitcom “The Parkers”, after which he made guest appearances in “The District” and “George Lopez”. His big break came with the main role of basketball player Zach Carter-Schwartz in the teen sitcom “Unfabulous”, that ran on Nickelodeon for three seasons, from September 2004 to December 2007.

The series was created by Sue Rose, and follows the life of teenage middle school student Addie Singer, portrayed by Emma Roberts, who has two best friends and an annoying older brother. Their performance in the series earned them three Young Artist Award nominations for Best Young Ensemble Performance in a TV Series.

Concurrently, Jordan Calloway landed the recurring role between 2005 and 2006 of K.J. Thibeaux in the NBC medical drama series “ER”. It’s one of the longest-running primetime medical drama TV series, and received more than 120 Primetime Emmy Award nominations, and won 23 of them. His next appearance came in 2010, when he guest-starred in “The Glades”, followed by his portrayal of Isaiah in the made-for-TV drama film “DisCONNECTED” (2011).

In the following year, Jordan was the producer of the short film “Jeffrey’s Fortune”. He then made his feature film debut with the role of Marcus in the 2013 drama film “Life Of A King”, alongside Dennis Haysbert, LisaGay Hamilton, and Cuba Gooding Jr.; it received mixed reviews from critics. Thereafter, Jordan guest-starred in such TV series as “Gang Related”, “Switched At Birth”, and “Reckless”. It was followed by his appearances as Jayven LaPierre in the made-for-TV musical comedy film “Drumline: A New Beat” (2014), and Griffin in the made-for-TV drama film “Studio City” (2015).

In 2016, Jordan Calloway was cast as Izak in the drama film “Grandma’s House”, and played Oliver in the made-for-TV drama film “Ghost”. Afterwards, he was chosen to portray the recurring role as Kevin McArdle in the sci-fi fantasy drama TV series “Beyond”, which was broadcast on Freeform in 2016 but was canceled in 2017 after a single season. Later that year, Jordan had the part of Zane in the horror streaming TV series “Freakish”, alongside Liza Koshy, Meghan Rienks and Hayes Grier; the series was released on Hulu.

During 2017 and 2018, he starred in the recurring role of Chuck Clayton in The CW’s teen drama mystery series “Riverdale”, developed by Roberto Aguirre-Sacasa, and based on the Archie Comics characters. At the time, he also guest-starred in such TV series as “House Of Lies”, “Pure Genius”, and “The Mick”.

Jordan Calloway’s next significant role came in 2018, when he joined the main cast of the critically-acclaimed superhero drama series “Black Lightning”, in which he starred in the role of Khalil Payne – a.k.a. Painkiller. Developed by Salim Akil and based on the DC Comics character of the same name created by Trevor Von Eeden and Tony Isabella, it was aired on The CW until May 2021.

Parallel with filming “Black Lightning”, Jordan continued to work on other projects.

In 2019, he featured as Grayson in the action-drama film “Legacy”, played Mark Randall in the romantic comedy film “Always A Bridesmaid”, next to Javicia Leslie and Yvette Nicole Brown, and had the part of Matt Monroe in the commercially successful supernatural horror film “Countdown”, written and directed by Justin Dec.

He then landed the role of Tristan in the 2020 short action film “All Roads Lead To Kill”. Most recently, it’s announced that Jordan will reprise the role of Painkiller in the upcoming superhero TV series of the same title. Besides that, he will play Aaron in the short fantasy drama series “Elfenlied”.

Jordan Calloway isn’t very open when it comes to speaking about his private life, and he manages to keep details about it far away from the eye of the public. However, he was rumored to be romantically involved with famous American actress Malese Jow but those rumors were later dismissed. Although his current relationship status is mysterious, many believe that he is single at the moment. His residence is still in Los Angeles.