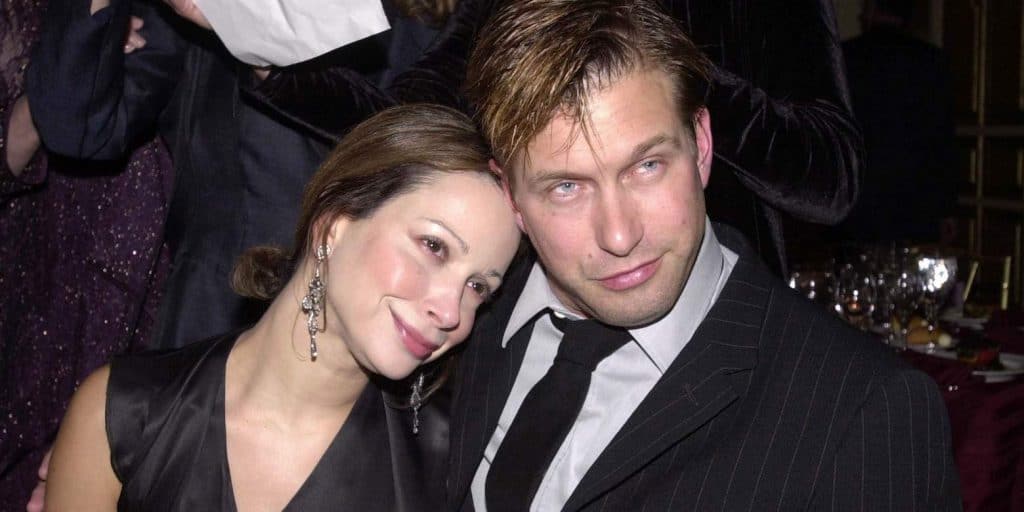 Ever heard about the famous Baldwin family?

Kennya has always been destined for fame. From being the daughter of an award-winning musician to marrying a popular Hollywood actor, and finally birthing famous models who are married to celebrities! One could almost say that she may have a secret recipe for being in the spotlight. So who is Kennya Baldwin?

She was born Kennya Deodato under the Scorpio sun sign on 24 October 1968, of Brazilian ancestry but in New York City USA. She is an American with mixed ethnicity. Her father, Eumir Deodato Almeida, is a famous Brazilian musician and her mother is Mary Ellen Deodato, whose occupation is unknown. She was raised alongside her brother – their parents are said to have divorced each other in 2000, but it’s uncertain which of their parents gained primary custody of them.

She was removed from the spotlight that came with being the daughter of a celebrity when she attend a ‘Preparatory School”. She matriculated in 1984 before enrolling in an Art institution named Parsons in Manhattan, where she studied graphics designing and was awarded a degree.

Since graduating from her Art school, she has been into graphics designing which she loves, and has become quite successful at. She also made an appearance in the documentary “Livin It: Unusual Suspects”, which has been her only on-screen appearance to date.

The beautiful designer met her actor husband, Stephen, in 1987, on a Subway in New York. Both were still in the early years of their career and were said to have an instant connection with each other.

Stephen Baldwin is the last of the famous ‘Baldwin Brothers.’ He was born Stephen Andrew Baldwin on 12 May 1966 in New York City, and comes from a family of entertainers, with his three older brothers, Alec, William and Daniel, becoming successful Hollywood actors. He also has two sisters, Jane and Elizabeth, whose careers are unknown.

Stephen was quite the sportsman during his high school years, especially in wrestling, which he and his brother William were a part of. He later enrolled into the American Academy of Dramatic Arts where he followed in his brothers’ footsteps to become an actor. He made his acting debut in the 1988 film entitled “The Beast”, and also appeared in several TV series. He portrayed “Barney Rubble” in 2000, in the movie “The Flintstones in Viva Rock Vegas”, and featured in several other shows including “Celebrity Mole Hawaii” in 2002, and the 2004 edition “Celebrity Mole Yucatan”.

He was a member of the cast of “Ty Murray’s Celebrity Bull Riding Challenge”, but had to leave after sustaining injuries to his shoulder and fracturing a rib from a fall. That didn’t deter him from returning to the big screen and he has since starred in several projects such as “Donald Trump’s Celebrity Apprentice”, where he ended at number five from 14 participants. He was also in the cast of the “All-Star Celebrity Apprentice”.

Kennya and Stephen dated for three years before tying the knot in 1990, amidst friends and well-wishers. They celebrated 25 years of their marriage in Malaysia, and Kennya did not hesitate to leave an open message for “Lingoo Gooling” as she fondly calls him, wishing him a happy anniversary and many more celebrations to come. She called him an inspiration and a blessing, and stated that she was grateful to have him.

Stephen in turn compliments his wife at every chance he gets, stating that he feels lucky to have her, and has been faithful to him throughout his legal issues.

They have two children together – Hailey, whose name was inspired by Halley’s Comet, and Alaia Baldwin. Both of their children were home-schooled and raised according to their parents’ Christian faith. They travelled a lot as a family due to the nature of Stephen’s work, and this may have inspired their children’s decision to go into modelling, aside from their good looks of course.

Alaia is the older but more low-key of the two. She is a successful model who has worked with top brands and is currently registered with the ‘VNY Modelling agency’. The model has been open about her struggle with endometriosis with which she was diagnosed after she began experiencing painful menstruations.

Alaia decided to create awareness about the condition on her social media platforms, where she posts pictures of her “endo belly” and encourages women to embrace their bodies and not be deceived by the glamour on social media.

She married Andrew Aronow in 2017, with her Topmodel sister, Hailey as her Chief Bridesmaid and other members of her famous family, including Ireland Baldwin, another budding model. The couple welcomed their firstborn, Iris Elle, on 17 August 2020 amidst tightly monitored safety precautions during the pandemic.

Hailey, their younger daughter was born on 22 November 1996. She is a popular model who started working for malls at the young age of 14, before making her professional debut in 2014 in a Topshop campaign under the model agency, Ford Models. Since then, Hailey has worked with several brands, and also graced the cover of magazines such as ‘Vogue’ and ‘Self Magazine’.

She is also interested in ballet, and enrolled into the American Ballet Theatre School to become a professional ballerina.

Her engagement to Megastar musician Justin Beiber in 2018, made headlines across the globe even though the two were rumoured to have dated in 2016 before calling it quits. The young model was seen sporting a huge engagement ring while she was on a vacation with the musician; they were married in November of that year. She is also friends with other celebrities, such as Gigi Hadid and Kendall Jenner to name a couple.

Kennya and her husband live a quiet life in Los Angeles, while their daughters are based in the US with their husbands.

Her Lifestyle and Faith

Kennya is said to be very religious, and it’s rumoured that the 9/11 attacks may have influenced her decision. She was raised in a conservative home but abandoned in her mid-teens.

Her husband who was also raised in a Catholic home, but began experimenting with drugs when he was younger. The birth of their daughter Alaia, changed the trajectory of things for them, because Kennya stated that she was moved by her babysitter, Augusta, who was a devout Christian and sang Christian lullabies for the infant.

Inspired by her, Kennya and her husband decided to return to their religious practices, and began following her to Brazilian Evangelical Church situated in New York, which further cemented her faith. Now, both are said to be devout Christians, with Kennya doing half an hour for Bible study and more than two hours for meditation daily.

She is a lover of cats, and has a pet cat she calls ‘Tilly’.

When she isn’t working, Kennya enjoys travelling and having a massage.

Her favourite drink is wine, and loves to cook.

Controversies and Rumours around her

Though she has been in the spotlight for most of her life, Kennya prefers to remain low-key, and as such has not been directly linked to any scandals.

Although not a controversy, there are unconfirmed reports that famous Hollywood actor Leonardo DiCaprio once asked the starlet out on a date, to which she responded by telling him to get permission from her husband. Also, her husband is said to have filed for Bankruptcy in 2009 after a failed mortgage payment of about $800,000 led to the loss of their mansion in New York.

Stephen, on the other hand, has been a host to several rumours including being romantically linked to a masseuse, Ruth Anselmi, which the actor repeatedly denied. In an interview with ‘DailyMail,’ Ruth claimed to have had a two-year affair with the actor, stating that she fell in love with him and they both indulged in each other’s sexual fantasies.

She claimed to have met the actor in 2016 when she was still a student and didn’t know who he was. Stephen was very upset with the reports, calling them ‘crazy’ and urged those pedalling the rumours to desist from it.

No awards have been associated with her, though she is surrounded by award-winning individuals. Her father won a Grammy Award for Best Pop Instrumental Performance in 1974, and her daughter, Hailey has had several nominations for Teens Choice Awards.

Kennya is a gorgeous woman, whose features her model daughters ake after. She stands at a height of 5ft 10ins (1.78m) and weighs about 130lbs (60kgs) with dark brown hair and eyes. She has a toned hourglass-shaped body with no tattoos, and is said to wear a UK size 6 shoe.

With decades of working as a designer, Kennya’s net worth has been estimated to be about $300,000. Her husband’s net worth is reputedly over $1 million, which he’s accumulated through his successful acting career.

Where you can find her

Even though Kennya has been surrounded by famous people all her life, she’s done a good job at withdrawing from the public and living a private life. She is not active on social media and no account has been linked to her, but that hasn’t stopped her family, especially her daughter Hailey from showering her with encomium on her Instagram page @haileybieber with her over 32 million followers. Her husband also posts pictures and videos of his family with his almost 100,000 followers on his Instagram handle @stephenbaldwin7, and so does Alaia, with her over 130,000 followers on her Instagram handle @alaiabaldwin.