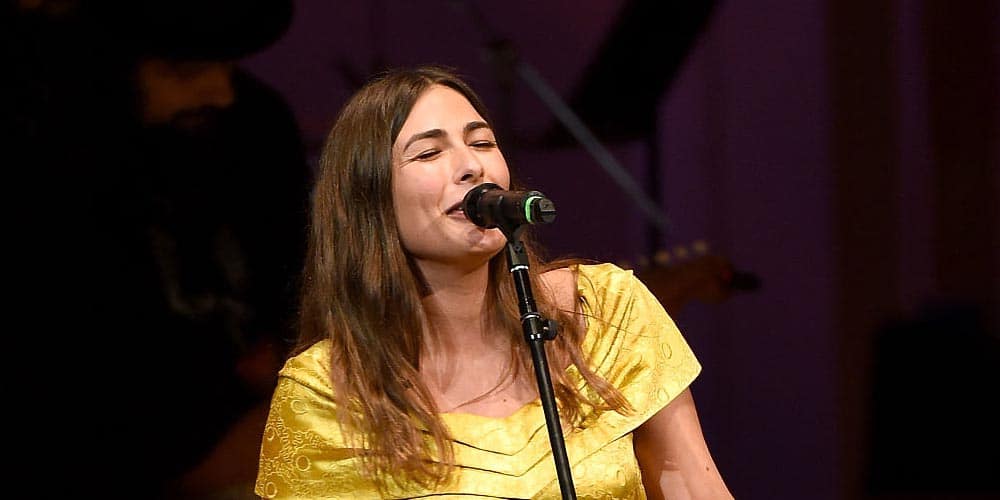 Who is Jade Castrinos?

Jade Castrinos was born in Los Angeles, California USA, but has kept her date of birth hidden from the media’s attention, although apparently in the mid-1980s – her zodiac sign is believed to be Aries and she holds American nationality. Jade is a singer and songwriter who might be known best for having been a member of the American folk rock band Edward Sharpe and the Magnetic Zeros.

Where is Jade Castrinos today – is she dead?

Jade has been staying away from the media’s attention, but is very much alive, and still working as a singer and songwriter.

She became interestedin music at a very early age, and was six when she took her father’s guitar and carved her name into it. After noticing her interest, her dad paid for her to attend a school of the performing arts, and at the age of 11 Jade started playing in his band. Jade was interested in various other things while attending high school, including acting, creative writing and running track. Upon matriculating she didn’t to enroll at college, but focused on her career as a singer.

Her band Edward Sharpe and the Magnetic Zeroes

Alexander Ebert, an American singer, songwriter and a composer, was the frontman of the American band Ima Robot before he and his girlfriend split, he entered a drug rehab program, and started writing about Edward Sharpe, a religious character who was sent to Earth from the heavens to help humanity, but then fell in love and got distracted by it. Alexander chose Edward to be his alter ego and then began recording music by himself.

He met Jade in front of a café in Los Angeles, and the two began collaborating, joining the music and art collective The Masses, which was mostly funded by Heath Ledger, the late American actor still famous for his role in the movie “The Dark Knight”.

The group counted over 10 members, and in 2009, Alexander, Jade and their friends began touring around California, calling themselves Edward Sharpe and the Magnetic Zeroes.

They actually performed for the first time in Texas, at the Marfa Film Festival in 2009 – following the performance, they released their debut single “Desert Song” as well as the first of their 12-part musical “SALVO!” On 24 November 2009, the band released part two, “Kisses Over Babylon” followed by part three – “40 Day Dream” on 19 May 2011.

In April, they went on to tour together with Old Crow Medicine Show and Mumford & Sons on the Railroad Revival Tour, during which they visited six towns playing at inconvenient places including a high school in Austin in Texas.

The tour was the subject of the documentary movie “Big Easy Express”, directed by Emmett Malloy who won a 2013 Grammy Award for Best Long Form Music Video for the film.

On 29 May 2012, Edward Sharpe and the Magnetic Zeroes released their second album “Here”, and their third album entitled “Edward Sharpe and the Magnetic Zeroes” came out in 2013. The band then toured around the world, starting in North America before moving on to the UK, many European countries and then Australia. Around this time, they became known for their habit of bringing people on-stage with them.

In 2014 Jade left the band, claiming that she was kicked out, while Alexander claimed that she quit on her own.

On 15 April 2016, the band’s fourth album came out entitled “PersonA”, which marked the end of Edward Sharpe as Alexander no longer needed his alter ego – the group hasn’t officially disbanded, but since then haven’t made any new music.

Jade has been staying away from the media’s attention since 2014 and not much is known about her recent work except that she has collaborated with Jakob Dylan, an American musician.

Jade is quite secretive when it comes to her love life, and not much is known about it, but there are rumors circulating the internet that she is married, and that they also might have a child together, however, this hasn’t been confirmed.

It’s known that she started dating Alexander Ebert in 2007, and that they spent the following seven years together, while taking hallucinogenic mushrooms nearly every day for five years – in June 2014, Alexander broke up with Jade over a letter, for obscure reasons.

There are also rumors claiming Jade to be bisexual, as a few of her fans have stated to have seen her being rather too close to a woman at a club, however, this hasn’t been confirmed and Jade hasn’t commented on this.

As of December 2020, Jade appears to be single, hasn’t married and doesn’t have children.

Jade is a huge fan of travelling, and has been all around the world with her band, as well as on her own, visiting countries such as England in Europe, Japan in Asia and Egypt in Africa – her dream travel destination is Kyoto in Japan.

She is a big lover of animals, and has two pet dogs and a pet cat while her favorites are parrots.

Jade became keen on reading since she started singing with Edward Sharpe and the Magnetic Zeroes, mostly enjoying books about travelling, such as “Into the Wild” by Jon Krakauer which is about a man travelling around the US on his own before eventually dying in Alaska, after eating a poisonous Eskimo potato.

She also likes to watch movies, and her favorite actor and actress are Jim Carrey and Meryl Streep, while a couple of her favorite movies are “The Eternal Sunshine of the Spotless Mind”, “The Terminal” and “Kramer vs. Kramer”.