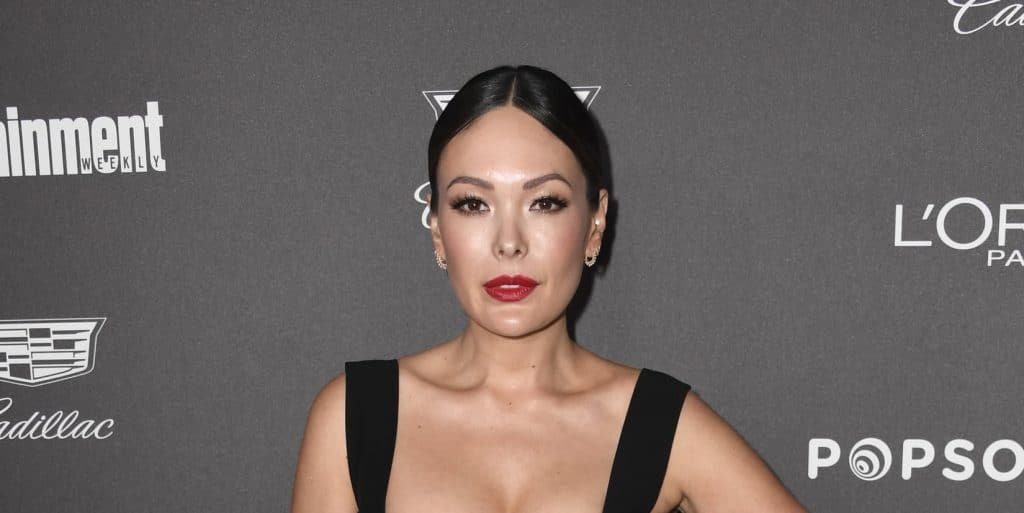 Who is Lindsay Price?

Lindsay Jaylyn Price Stone was born on 6 December 1976 under the zodiac sign of Sagittarius, in Arcadia, California USA. She is a 44-year-old actress, probably best recognized for landing the role of An Li Chen Bodine in the ABC soap opera “All My Children” (1991-1993), playing Janet Sosna in the Fox teen drama series “Beverly Hills, 90210” (1998-2000), and featuring as Victory Ford in the NBC comedy-drama series “Lipstick Jungle” (2008-2009).

How rich is she, as of now? Lindsay Price Net Worth

As of mid-2021, Lindsay Price’s net worth is estimated at over $2 million, acquired through her successful involvement in the world of entertainment as a professional actress, who has garnered over 60 television and film acting credits since she launched her career in the mid-1980s.

Lindsay Price spent her early years in her hometown of Arcadia, where she was raised by her father, William Price, and her mother, Haeja Diane Price – the professions of her parents haven’t been revealed to the public yet. Her parents were raised together as siblings since her father’s family adopted her mother from Korea after the Korean War. She has an elder brother named Bryan Price. She holds American nationality and belongs to a mixed ethnic group. Regarding her education, Lindsay went to Art Center College of Design located in Pasadena, California.

Lindsay Price started her career in 1982, appearing in the TV commercial for Toys ‘R’ Us alongside Jaleel White. She also appeared in commercials for other brands, including Vivitar, McDonald’s, Wanda, and Island Fun Barbie, and graced the covers of such magazines as Fitness, Yellow, Hamptons, and Steppin’ Out, to name a few.

Her debut TV appearance came in 1984, as Lan in the episode “Yesterday’s Child” of the ABC drama series “Finder Of Lost Loves”, while her debut film appearance was the role of Kory Kamimoto in Linda Shayne’s sci-fi comedy film “Purple People Eater” (1988), next to Neil Patrick Harris, Shelley Winters, and Ned Beatty.During this period, she also made guest appearances in such TV series as “My Two Dads”, “Family Medical Center”, and “The Wonder Years”, among others.

In 1991, Lindsay Price played April Mathewson in the ABC sci-fi film “Plymouth”, written and directed by Lee David Zlotoff. Her big break came later that year when she was selected to play An Li Chen Bodine in the ABC soap opera “All My Children” from 1991 to 1993, and for her performance received two Young Artist Award nominations for Best Young Actress in a Daytime Series and Best Youth Actress a in a Soap Opera. Two years later, Lindsay landed her next significant role as Michael Lai in the soap opera “The Bold and The Beautiful” between 1995 and 1997.

Created by Lee Phillip Bell and William J. Bell for CBS, it follows the Forrester family who runs an haute couture business. The series was one of the most-watched series in the world with more than 36 million viewers, and won three Daytime Emmy Awards for Outstanding Drama Series.

She gained enormous popularity in 1998, when she joined the main cast of the Fox teen drama series “Beverly Hills, 90210”, starring in the role of graphic designer Janet Sosna until its finale in 2000, appearing in more than 70 episodes. The series stacked up viewership in the tens of millions, and became a global pop culture phenomenon.

At the beginning of the next decade, Lindsay continued to line up successes – she took the role of Emily Cantor in The WB’s comedy-drama series “Jack & Jill” (2001), played Amanda in the CBS sitcom “Becker” (2001-2003), and featured as Jane Honda in the NBC remake of the British series “Coupling” (2003). It was followed by her portrayals of Yu in the 2004 comedy slasher film “Club Dread”, directed by Jay Chandrasekhar, and Jasmine in the 2005 independent drama film “Waterborne”.

Thereafter, she was cast as Kimmy Kim in the short-lived comedy-drama TV series “Pepper Dennis” that ran on The WB in 2006.

Two years later, Lindsay had the part of Felicia Quattlebaum in the comedy-thriller film “Lonely Street”, after which she played Victory Ford in the NBC comedy-drama series “Lipstick Jungle” between 2008 and 2009, based on the novel of the same title by Candace Bushnell. It was followed by her appearance as Joanna Frankel in the fantasy comedy-drama TV series “Eastwick” (2009-2010), an ABC adaptation of John Updike’s novel “The Witches Of Eastwick”.

Following the end of “Eastwick”, Lindsay Price became less active in the search for major roles. She guest-starred in such TV series as “Two And A Half Men”, “Hawaii Five-0”, “Major Crimes” and “Castle”, to name a few, then played Dr. Jennifer Maguire in the made-for-TV comedy film “Lifesaver” in 2014.

Her next remarkable appearance came when she took the main role of Camille in the ABC comedy series “Splitting Up Together”, alongside Oliver Hudson, Bobby Lee, and Jenna Fischer, but which ran only from 2018 until it was canceled after a single season in 2019.

Apart from acting, Lindsay Price is also known for her music career. She released the five-song EP “Someone Like Me” in 2007. She also performed the song “Escape (The Piña Colada Song)” for “Splitting Up Together”.

Lindsay Price has married twice. Her first husband was producer and director Shawn Piller; they tied the knot at a ceremony held at a ranch in Malibu, California on 31 July 2004, but after being married for three years, they divorced in 2007. Lindsay went on to date Australian celebrity chef and TV personality Curtis Stone in late 2009, and they welcomed their first child, a son named Hudson on 6 November 2011. The couple became engaged in July of the following year, while their wedding took place in Mallorca, Spain on 8 June 2013. She gave birth to their second child, a son named Emerson Spencer Curtis, on 16 September 2014. The family currently resides in Los Angeles, California.