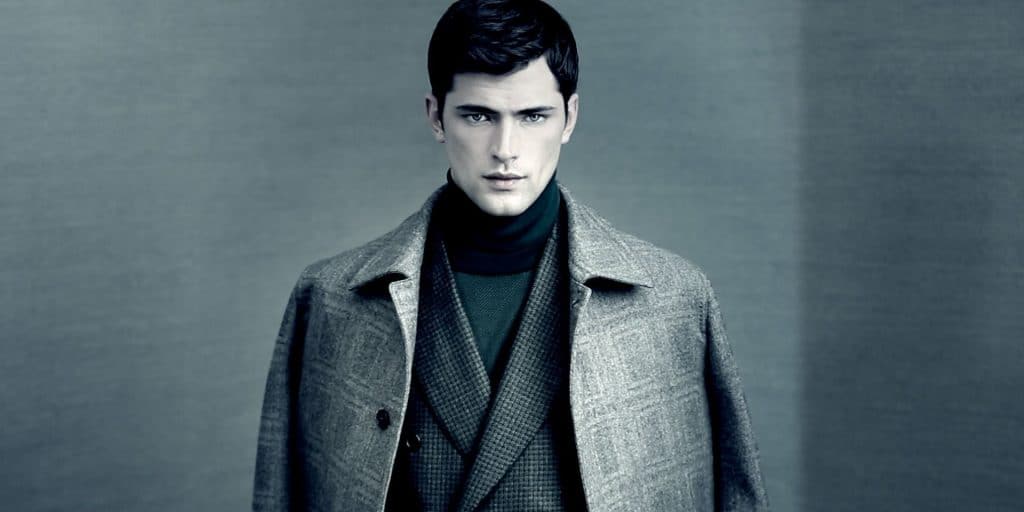 Sean Richard O’Pry was born in Kennesaw, Georgia USA, on 5 July 1989 – his zodiac sign is Cancer and he holds American nationality. He’s a model and an actor who’s probably known best for his portrayal of DJ Polaroid in the 2016 musical drama movie “XOXO”, written and directed by Christopher Louie, and which starred Sarah Hyland, Graham Phillips and Brett DelBuono. It follows the lives of six strangers who meet and fall in love in one night.

Sean was raised alongside his younger sister and older brother in Kennesaw by their father John and their mother Caran Padgett O’Pry. He hasn’t shared any details concerning his parents, as they prefer to be left out of media.

He grew up being interested in acting, and appeared in his first plays while attending North Cobb High School. Sean was also physically highly active, as he played football for his school’s team as well as basketball and baseball, and he also ran track. He was planning to pursue a college degree, but a year before he matriculated in 2007, Sean was noticed by a modelling scout and got to launch his modelling career, thus deciding not to enroll at a college.

He was 17 years old when John Yannella of the Studio Fifty Nine found Sean’s pictures on MySpace, and contacted him offering Sean an audition which he passed, and then signed his first modelling contract.

He instantly began working with some of the most popular clothing brands, and could’ve been seen featured in the ad campaigns of Calvin Klein, Versace and Giorgio Armani. He was soon invited to appear in commercials of Dolce & Gabbana, Massimo Dutti and Ralph Lauren, and could then have been seen in adverts for Armani Jeans, American Eagle and Dazed & Confused. Some of the other brands he has posed for include Emporio Armani, Numero Homme and Bottega Veneta.

Sean has also walked the catwalk for many famous brands, and has opened for Yves Saint Laurent, Versace and Givenchy. He has also walked for Salvatore Ferragamo, and has closed for Zegna, Trussardi and Moschino.

Some of the other brands and designers for whom he has appeared on the catwalk include Michael Kors, Louis Vuitton and Roberto Cavalli.

In 2008 just two years into his modelling career, the magazine “Forbes” ranked Sean the #8 most successful male model, then ranked him #1 in the following year. In September 2013, the website Models.com ranked Sean the best model in the world in their list of ‘Top 50’, and he held the position for two consecutive years. He was also featured in Models.com’s lists ‘Money Guys’, ‘Sexiest Men’ and ‘Supers Men’, and in 2015 found himself in the list ‘Top 10 Male Models of All Time’ compiled by the US monthly fashion and lifestyle magazine “Vogue”.

In 2010, Sean made his debut movie appearance with his portrayal of a supporting character in the crime action “Innocent”, written and directed by Aram Rappaport, and which starred Alexa PenaVega, Austin O’ Brien and Carlo Lorenzo Garcia. It follows the true story of a woman who was kidnapped by two young adults, a man who witnessed it, and a corrupt police officer who investigated the kidnapping.

In 2012, Sean appeared in Madonna’s music video “Girl Gone Wild”, and in 2014 he portrayed Taylor Swift’s new boyfriend in her music video “Blank Space”. His debut TV series appearance was in the 2016 episode “Inauguration” of the critically acclaimed comedy “Veep”, created by Armando Iannuci, and which starred Julia Louis-Dreyfus, Tony Hale and Anna Chlumsky.

It follows Selina Meyer who was once a senator and has now become Vice President of the United States of America, the series aired from 2012 to 2019, and won 71 of the 302 awards for which it was nominated, including seven Golden Globe nominations.

Later that year, Sean appeared in the episode “Rocky and the Methods of Montage” of the comedy series “Brows Held High”, which has been airing since 2011 and stars Kyle Kallgren, Ven Gethenian and Allison Pregler. It follows a narcissist who watches movies which most people haven’t even heard of, and then analyses them.

In 2014, Sean made a guest appearance in an episode of the talk-show “Entertainment Tonight”, and was in 2015 featured in the video “Taylor Swift: The 1989 World Tour Live”.

Most recently, in 2019 he was featured in the short video “Brandon Maxwell: Spring/Summer 2020 at NYFW”.

Sean’s quite open when it comes to his love life, and there are five girls whom he’s dated that the public knows about.

Sometime in the late 2000s, he was in a relationship with the American model Samantha Gradoville, who’s followed by around 60,000 people on Instagram. The two were together for around a year before splitting ways for unknown reasons. In 2009, Sean started dating Diana Moldovan, who’s a Romanian model and is two years his senior. They were together for three years, and there were rumors circulating the internet that they were planning to marry, however, these haven’t been confirmed, and anyway they split in 2012.

In the second half of the same year, Sean began seeing Ming Xi, who’s a popular Chinese model with over 1.5 million followers on her Instagram account.

The relationship lasted for around a year, then in 2014, Sean began dating Jessica McNamee, an Australian actress probably known best for her portrayal of Lori, one of the lead characters in the 2018 action science fiction horror movie “The Meg”. The two dated for around half a year before splitting ways.

As of April 2021, Sean seems to be in a relationship with the American model Fernanda Liz, who’s signed to Next Model Management, he hasn’t married and doesn’t have children.

Sean’s physically very active as it’s important for his career as a model to stay fit and muscular, and not to gain weight. He has five to six training sessions at the gym each week, and is also following a strict diet, however, Sean still occasionally drinks alcohol and smokes cigarettes.

He’s an animal lover, and his pet dog can be seen featured in many of his Instagram pictures. His favorite animals are sloths.

Sean loves to travel, and has been all around the US for both work and pleasure, while the famous model has travelled to all other continents at least once, with the exception of the Antarctic. His dream travel destination is Kyoto in Japan.

In his spare time which is usually late at night, Sean’s keen on watching movies – his favorite actor and actress are Al Pacino and Julia Roberts, while a couple of his favorite films include the trilogy “The Godfather”, “Scent of a Woman” and “Runaway Bride”.

As of April 2021, his net worth has been estimated at over $8 million.