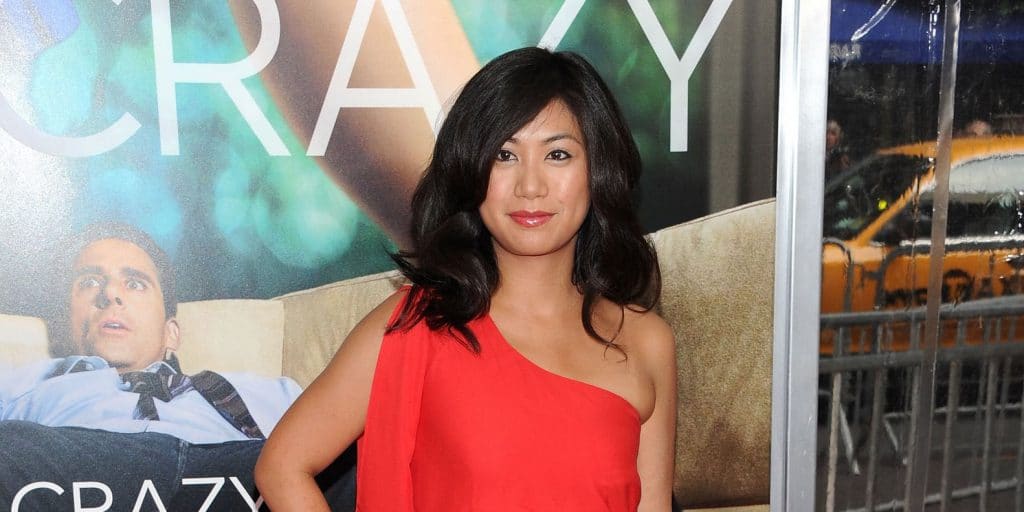 Who is Liza Lapira?

Liza Lapira was born in Queens, New York City USA, on 3 December 1981 – her zodiac sign is Sagittarius, holds American nationality, and is of Chinese, Spanish and Filipino descent. She is an actress who is probably still known best for her portrayal of Kianna in the 2008 historical crime film “21”, directed by Robert Luketic, and which starred Jim Sturgess, Kate Bosworth and Kevin Spacey. It follows six students of the Massachusetts Institute of Technology who were trained to count cards, and then won millions of dollars at casinos in Las Vegas, Nevada. The movie was nominated for six awards, winning one.

Liza was raised in Queens by her parents, about whom nothing is known as they prefer to stay away from the media’s attention. Liza is believed to be an only child, as she hasn’t mentioned having any siblings.

She became interested in acting while attending high school, and appeared in various plays, mostly as a lead character. She also practiced singing, dancing and creative writing, and upon matriculating in 1999, Liza decided not to attend college, but to pursue an acting career.

Liza has appeared in around 60 movies and TV series, and we are going to mention some of her most notable performances.

She made her debut film appearance in 2000, cast to portray Charlotte’s Birthday Friend in the romantic drama “Autumn in New York”, which starred Richard Gere and Winona Ryder, and follows a playboy as he falls in love with a terminally ill girl; the movie was nominated for three awards. A couple of Liza’s following roles were in the 2002 romantic comedy “Brown Sugar”, the 2005 biographical action crime “Domino”, and the 2006 romantic sports comedy “The Big Bad Swim”.

She gained recognition in 2008 with her portrayal of Heather in the action science fiction horror “Cloverfield”, which starred Mike Vogel, Jessica Lucas and Lizzy Caplan, and follows several friends going through the New York streets during a monster attack – the film was nominated for 39 awards, winning five. In the same year, Liza appeared in the movie “21”, while the following year saw her cast in the action thriller “Fast & Furious”, which starred Vin Diesel and Paul Walker.

She made her voicing debut in the 2010 family comedy “Marmaduke”, and then appeared in the 2011 hit romantic comedy “Crazy, Stupid, Love.”, the 2014 comedy “Someone Marry Barry”, and the 2015 comedy “The Perfect Stanleys”.

Three of Liza’s most recent roles in movies have been in the 2017 romantic comedy “All I Wish”, the 2018 drama “The Samuel Project”, and the 2020 romantic drama “Modern Persuasion”.

She has recently been cast to appear in the upcoming film, “The Fabulous Filipino Brothers”.

Liza made her debut TV series appearance in the 2001 episode “A Losing Season” of the mystery crime drama “Law & Order”, and the following years saw her appear in single episodes of various series, such as the comedy “Queens Supreme”, the crime drama “The Sopranos”, and the comedy “The Parkers”.

She gained recognition in 2004, after being cast to portray Maggie Del Rosario in the comedy drama “Huff”, created by Bob Lowry, and which starred Hank Azaria and Paget Brewster.

It follows the problems of the psychiatrist Craig Huffstodt, and the series won five awards while it was nominated for 11 others, including a Golden Globe.

In 2008, Liza played Detective Yuki Amado in the hit mystery crime drama “Dexter”, which won 53 awards including two Golden Globes, and she also portrayed Agent Michelle Lee in the action crime drama “NCIS”. Liza went on to p,lay Ivy, one of the lead characters in the mystery science fiction drama “Dollhouse”, and was in 2011 cast to star in the comedy “Traffic Light”.

She portrayed the supporting character Robin in the 2012 comedy “Don’t Trust the B—- in Apartment 23”, and then appeared in 17 episodes of the comedy “Super Fun Night”, 12 episodes of the crime comedy “Battle Creek”, and 13 episodes of the 2016 comedy “Cooper Barrett’s Guide to Surviving Life”.

Three of Liza’s most recent roles in TV series have been in a single episode of the musical drama “Empire”, and six  episodes of the mini-series “Unbelievable” both in 2019, and an episode of the fantasy horror drama “Nancy Drew” in 2020.

She has recently been cast to appear in the upcoming series “The Equalizer”.

Liza has two producing credits: the 2006 short series “Dr. Miracles”, and as the associate producer for the 2012 short film “The Happiest Person in America”.

She also sang the songs “Defying Gravity” and “Monster Mash” in the episodes “Pilot” and “Chick or Treat”, respectively, of the comedy series “Super Fun Night”.

Liza and her colleagues were in 2008 awarded a ShoWest Convention Special Award for Best Ensemble for their performance in “21”.

Liza is very secretive when it comes to her love life, and hasn’t spoken about the men (or women) she has perhaps dated, however, it’s known that she was in a relationship with the American actor Sam Rockwell, who has 110 movie and TV series credits to his name. Sam is perhaps known best for his portrayal of a police officer in the 2017 crime drama movie “Three Billboards Outside Ebbing, Missouri” for which he won an Oscar for Best Supporting Actor.

Liza and Sam dated for around a year before splitting for unknown reasons, and haven’t disclosed any details concerning their relationship.

Liza hasn’t hinted at anyone she could be dating today, so as of February 2021, she is single, hasn’t married and doesn’t have children.

When not shooting for movies or TV series, Liza likes to appear in plays – a couple of her most notable performances have been in “The Odyssey”, “The School for Wives” and “As You Like It”. She has recently portrayed Suzanne in the comedy “Picasso at the Lapin Agile”, performed at the Old Globe Theatre in San Diego, California.

She is a dog-lover, and has two pet dogs which can often be seen featured in her Instagram pictures.

Liza likes to travel, and has uploaded pictures onto her Instagram account taken from all around the world. She enjoys reading while travelling, preferring motivational books over all others.

Liza has her own favorite actors and actresses, some of whom are Ryan Gosling, Eddie Murphy and Julia Roberts, and her favorite movies include “The Notebook”, “Coming to America” and “Notting Hill”.

There are rumors circulating the internet claiming that Liza might have undergone plastic surgery, such as rhytidectomy and rhinoplasty, however, this hasn’t been confirmed.

As of February 2021, her net worth has been estimated at over $3 million.