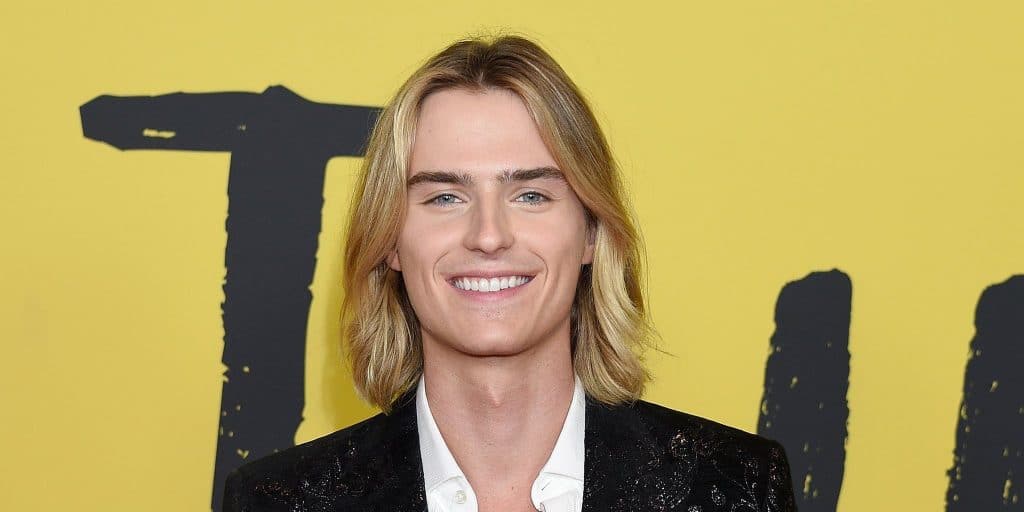 Who is Luke Eisner?

Luke Eisner was born in Wisconsin, USA, on 1 August 1996 – his zodiac sign is Leo and he holds American nationality. He is an actor, model and a musician, who might be known best for his portrayal of Stig Mohlin in the 2019 family comedy movie “The Tall Girl”, written by Sam Wolfson, directed by Nzingha Stewart, and which starred Ava Michelle, Griffin Gluck and Sabrina Carpenter. It follows the life of the tallest girl at school ,who is often bullied because of her height. The movie won an Honorable Mention at Association of Polish Filmmakers Critics Awards for Best Foreign Film.

Luke was raised in Wisconsin, but has kept the details of any siblings hidden from the media’s attention.

His father Bill Eisner works for Coca Cola in their advertising division, and his grandfather was also into advertising and was a clothes designer. Luke’s mother is a housewife.

Luke grew up being interested in music, and began learning to play the guitar at the age of six. His interest in music continued after he enrolled at Greendale High School, at which he also practiced acting, and appeared in many plays performed there. Luke was steadily becoming interested in modelling too, and was noticed by a modelling scout at the age of 16, who made it possible for him to sign his first contract with an agency. Upon matriculating in 2014, Luke enrolled at the University of Southern California’s Thornton School of Music, from which he graduated with a Bachelor of Arts degree in 2018.

Luke is currently signed to IMG Models. He’s been featured in various magazines, and has worked with numerous popular clothing brands such as Ralph Lauren, Calvin Klein and American Eagle. Some of the brands he has recently worked with include Stuart Weitzman, Revolve and H&M.

Luke is a member of the rock/pop duo VOILA, which he founded together with his friend of now eight years Gus Ross. The boys launched their YouTube channel on 29 January 2017, and it today numbers close to 6,000 subscribers and around 930,000 views of all their 17 videos combined.

Three of VOILA’s music videos on YouTube have managed to attract some attention.

Luke and Gus have been noticed by the media, and have received praise from the magazine “Billboard”, the music network BBC Music Introducing, and the music streaming service Pandora.

Luke has six acting credits, while also counting his appearance in “Tall Girl”. He launched his acting career in 2019, portraying Evan Dando in the episode “My Valentine Boy” of the critically acclaimed comedy “The Goldbergs”, created by Adam F. Goldberg and which stars Wendi McLendon-Covey, Sean Giambrone and Troy Gentile.

It has been airing since 2013, and follows the family Goldbergs living in Jenkintown in Pennsylvania in the ‘80s. The series has won four awards and has been nominated for 12 others.

In the same year, Luke played Taylor in six episodes of the mystery fantasy series “Timeline”, which starred Rachel Crow and Genevieve Hannelius, and follows the teenager Dee who is the owner of a ‘phone that can predict the future.

In 2020, Luke played Cody in the episode “Remember When Jade Was Down with the Swirl?” of the comedy series “Family Reunion”, which has been airing since 2019 and is quite popular in the US, having won one award while it’s been nominated for four others including one Primetime Emmy.

Luke’s most recent appearance has been in the 2020 drama film “Tiger Within” written by Gina Wendkos, directed by Rafal Zielinski and which starred Luke, Edward Asner and Taylor Nichols. It follows a homeless teenager as he befriends a Holocaust survivor.

Luke has recently been cast to appear in the upcoming comedy film “Growing up Gorman”.

Luke is very popular on Instagram, as he’s followed by close to 700,000 people and has uploaded around 100 pictures, most taken during his modelling photoshoots. He isn’t active on any other social media network, but there are several accounts created by his fans.

Luke is quite secretive when it comes to his love life, but it’s known that he’s been dating his girlfriend Kirby Johnson for several years now.

Kirby is an actress and a dancer, born in Key Largo, Florida, but has kept her date of birth hidden from the media’s attention. She is known best for her portrayal of the two lead characters Hannah Grace and Cadaver in the 2018 mystery horror thriller movie “The Possession of Hannah Grace”, which was nominated for three Golden Trailer Awards. Kirby is also an Instagram star with around 80,000 followers. She has long blonde hair and blue eyes.

Luke and Kirby have uploaded numerous pictures featuring themselves together onto their Instagram accounts; neither has talked about other people they might had dated before meeting each other.

As of January 2021, Luke is in a relationship with the actress Kirby Johnson, hasn’t married and doesn’t have children.

Luke is physically very active, as it is important for his acting and modelling career to stay fit. He has five to six training sessions at the gym each week, while he sometimes doesn’t skip a day at all. Luke has six-pack abs, and likes to show them off in his Instagram pictures.

He likes to travel, and his career as a model has made it possible for him to visit various US states, while he’s also gone on road trips with his girlfriend, as she considers herself a traveler.

Luke is a huge lover of animals, and has several pets which live with him at his home – two cats, a snake, a pigeon, and as he likes to joke about it, a Kermit, frog.

In his spare time which is mostly late at night, Luke likes to watch movies starring his favorite actors and actresses Channing Tatum, Russell Crowe and Angelina Jolie, such as “Dear John”, “The Gladiator” and “Maleficent”.

How tall is Luke Eisner?