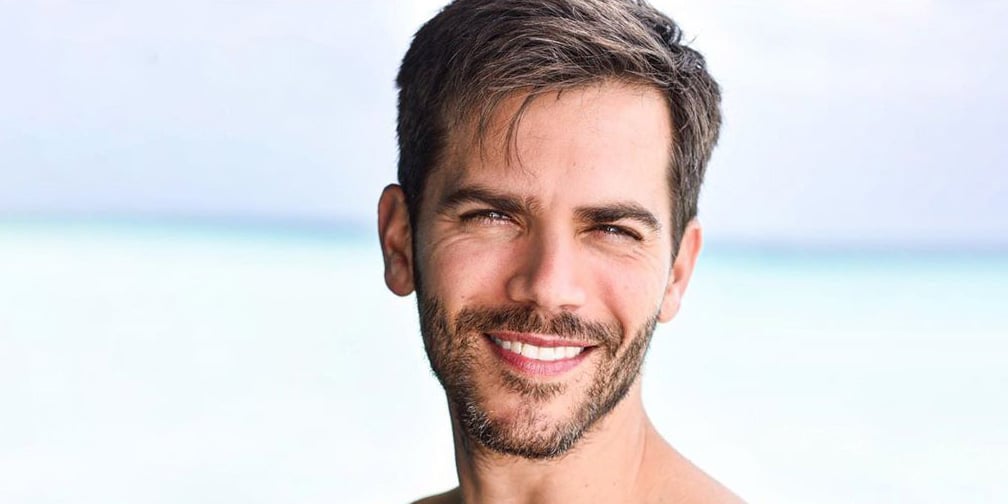 Who is Marc Clotet?

Marc Clotet is a Spanish actor and model, who is perhaps still best known to the world as Vaquero in the Spanish primetime soap opera “Fisica o Quimica” (2009-2011), and most recently as German in the soap opera “Les de l’hoquei” (2019-2020), among other roles that he has secured so far in his career.

Marc Clotet Fresquet was born on 29 April 1980 under the Gemini zodiac sign, in Barcelona, Catalonia Spain, to Bonaventura Clotet and Anna Fresquet. He has a sister Aina Clotet who is now an award-winning actress known to the world as Laura Valls Canales in the TV series “Estacio d’enllac” (1994-1999), and as Ursula in the film “Mirage” (2018).

From an early age, Marc expressed interest in becoming an actor, and after high school enrolled at Ramon Llull University, completing a degree in acting.

Marc’s career started at just 17 years of age, as he secured a minor role in the TV series “Estacio d’enlac”, and also in the TV series “Tocao del ala”. After this, he went on an hiatus from acting until the late 2000s, when he was selected for the part of Iago in the Spanish telenovela “El Cor de la Ciutat” (2007-2009). Next, he started portraying Pau Montaner in the police drama series “El Comisario” (2008-2009).

Marc made his film debut in 2009, starring in the family fantasy film “EING, Encadenats Imaginaris per Nens i Grans”.

The same year he portrayed Alex, one of the lead characters in the short-lived comedy series “AD- ElsAbas de Deu”, and later that very year, Marc was selected for one of his most popular roles, as Vicente Vaquero in the telenovela “Fisica o Quimica” (2009-2011).

His role in the popular telenovela sparked the interest of many casting directors in his services, and as a result in 2011 he was cast in the lead role of Paulino in the war drama film “La Voz Dormida”, co-starring Maria Leon and Inma Cuesta. The particular role won him the Turia Award in the category for Best New Actor, and the Gold Remi Award at WorldFest Houston in the category for Best Actor.

Marc became a star and new successful roles started lining up; he was Mauro Jimenez de Banos in the telenovela “Amar es Para Siempre” in 2013, and the same year portrayed Salva in the romantic comedy-drama film “La Estrella”. Next, in 2015 he co-starred in the film “LaLuz con el Tiempo Dentro” with Carlos Alvarez-Novoa and Tamara Arias, while in 2016 he was Gerardo Zabaleta in the telenovela “El Caso. Cronica de Sucesos”.

The following year he starred in the award-winning historical war-drama film “El Jugador de Ajedrez”, and the same year played Alejandro in the telenovela “Tiempos de Guerra”, with Amaia Salamanca, Alex Garcia, and Veronica Sanchez in the lead roles.

Marc has continued quite successfully into recent years, first as Adrian Carballo in the telenovela “Por Amar Sin Ley” (2019), starring in 91 episodes of the popular Spanish soap opera, then he was selected for the part of German in another telenovela, “Les de l’hoquei” (2019-2020), appearing in a total of 26 episodes before his stint ended, while in 2020 he was Alberto in the TV series “Madres. Amor y Vida”. Most recently, Marc reprised his role of Vicente Vaquero in the TV mini-series reboot “Fisica o Quimica: El Reencuentro”, and starred as Manuel in the drama film “15 Horas”, next to Sterlyn Ramirez and Lidia Ariza.

When it comes to his personal life, Marc has often been the subject of paparazzi and the yellow pages.

Marc then started dating actress Natalia Sanchez, with whom he now has two children, a daughter Lia and a son Neo.

As of mid- 2021, Marc Clotet’s net worth has been estimated to be around $1.5 million, earned through his successful career as an actor, during which he has appeared in more than 25 film and TV titles.

This popular Spanish actor has brown hair, and eyes of the same color. He stands at a height of 5ft 10ins (1.77m), while he weighs approximately 165lbs (75kgs). His vital statistics are currently unknown, though he has an average figure.

Natalia Sanchez Molina was born on 27 March 1990 in Madrid, Spain, the daughter of Francisco Sanchez Mejias and Charo Molina Pascual. Natalia has an older sister Sandra. She is fluent in Spanish, English and French as well.

Natalia is an actress and singer, whose career started when she was just six years old with an appearance in an advertising campaign.

Just a few years later she made her on-screen debut in the film “Clara y Elena” (2001), and two years later secured her first major role as Tete Capdevila Gomez in the comedy-drama series “Los Serrano”, appearing in 143 episodes of the highly-acclaimed Spanish television series until 2008. Since then, Natalia has gone on to star in several other successful projects, including the telenovela “Amar Es Para Siempre” in which she portrayed Cecilia Armenteros Marin, sharing the screen with her current boyfriend.

Most recently, Natalia appeared in the short-lived series “Hospital Valle Norte” (2019), while she is now set to star in the telenovela “Los Herederos de la Tierra”.

Before Marc, Natalia was in a relationship with Spanish actor Victor Elias Villagrasa Alvarez from 2005 to 2012. The two starred in several projects together, including the “Los Serrano”.
Natalia Sanchez’s net worth has been estimated to be around $1 million as of mid- 2021, earned through her successful career as an actress, appearing in a total of 27 film and TV titles.