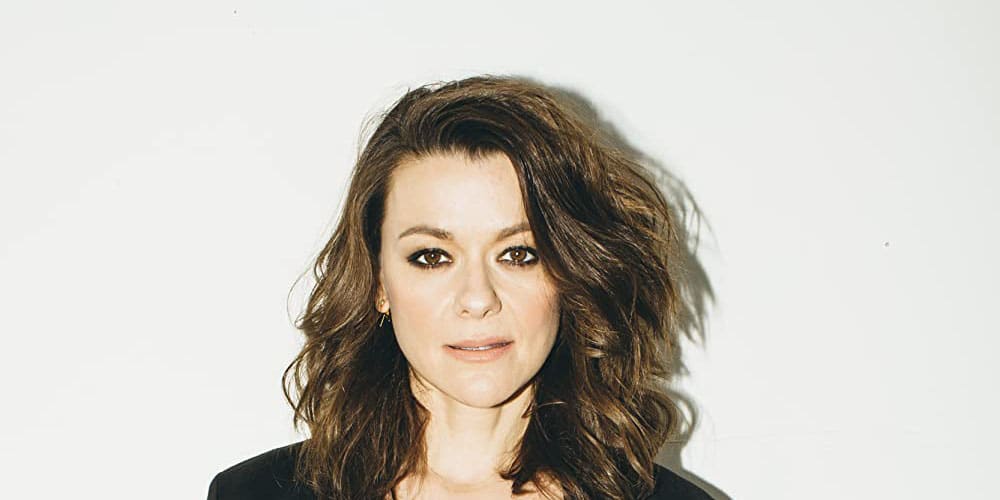 Who is Maribeth Monroe?

Maribeth Monroe was born in Fraser, Michigan USA, on 25 March 1978 – her zodiac sign is Aries and she holds American nationality. She is an actress and a comedienne, who is perhaps known best for her portrayal of Alice Murphy in the comedy series “Workaholics” created by Blake Anderson, Adam Devine and Anders Holm, all of whom also starred in it. It aired from 2011 to 2017 and follows three friends who are living and working together as telemarketers. The series was nominated for six awards including a Primetime Emmy.

Maribeth is amongst the most secretive actresses, as she hasn’t shared any details concerning her parents or any siblings she might have. She was raised in Fraser in a middle-class family.

Maribeth became sporting while attending elementary school as she played whatever sport she was allowed to, excelling in soccer. Her interest in acting was born only after she enrolled at a high school and joined its drama club. She played several lead characters in school plays, and eventually started working on her acting skills at a community theatre. Maribeth matriculated in 1996, and while she hasn’t mentioned anything regarding her further education, it’s widely believed that she enrolled at college and obtained her Bachelor of Arts degree in theatre in 2000.

Maribeth made her debut film appearance in the 1998 romantic comedy “All of It” which failed to attract any attention and received mixed reviews and in 2000, she portrayed Claudia in the musical comedy “Garage: A Rock Saga” which was also unsuccessful.

The year 2003 saw her play Molly in the comedy “Down Into Happiness”, and a couple of Maribeth’s following roles were in the 2006 romantic comedy “I Want Someone to Eat Cheese With”, written and directed by Jeff Garlin who also starred in it, the 2008 short comedy “Birthmark” in which she starred as Mom, and the 2008 short comedy “The Professional Interview”.

In 2009, Maribeth appeared in Jameel Khan’s comedy “The Strip”, and was then cast to portray Lindsay’s co-worker in the critically acclaimed 2010 short comedy “Successful Alcoholics”, written and directed by Jordan Vogt-Roberts, and which starred T.J. Miller, Lizzy Caplan and Tony Hale. It follows a couple who are professionally very successful, but are having drinking problems – it won a Best Short Comedy Award at New Hampshire Film Festival.

The same year saw Maribeth appear in the romantic comedy “The Back-Up Plan”, which starred Jennifer Lopez and Alex O’Loughlin, and follows a woman who has just become pregnant through artificial insemination, and has also just met the man of her dreams.

In 2015, Maribeth appeared in the drama “Chronic” written and directed by Michel Franco, and which follows a home care nurse who is taking care of terminally ill patients. The movie was nominated for nine awards, winning three. Maribeth also appeared in the 2016 hit comedy “Keeping Up with the Joneses”, which starred Zach Galifianakis and Isla Fisher, and follows two couples who become friends: one rather ordinary couple, and the other government spies.

Three of Maribeth’s most recent roles in movies have been in the 2016 comedy “World’s End”, the 2017 fantasy science fiction “Downsizing”, and the critically acclaimed 2017 action adventure comedy “Jumanji: Welcome to the Jungle”, which starred Dwayne ‘The Rock’ Johnson, Kevin Hart and Karen Gillan, and won six awards out of the 24 it was nominated for.

Maribeth made her debut TV series appearance in 2007, portraying Daphne Overbrook in the episode “The Big No Sleep” of the mystery crime comedy “Andy Barker, P. I.”, and the same year played four characters in four episodes of the romantic comedy “According to Jim”.

Maribeth went on to make a guest appearance in single episodes of various series, such as the comedy “Chocolate News”, the musical comedy “Hannah Montana” and the family comedy “Good Luck Charlie”.

She gained recognition in 2011 when cast to play Merideth in six episodes of the comedy “Cowgirl Up”, and the following year saw her portray Nancy in the comedy “Couchers”. In 2015, Maribeth starred as Kendra Peterson in another comedy “The Brink” created by Kim and Roberto Benabib, and which also starred Jack Black and Tim Robbins; it follows the US government trying to stop a Third World War from happening, and the series won Jason Kaplon a California on Location Award for Location Professional of the Year – Half Hour Television.

In 2019, she was cast to play April in three episodes of the musical comedy “Crazy Ex-Girlfriend” which was a hit, winning 13 awards including one Golden Globe while it was nominated for 32 other awards. From 2017 to 2020, Maribeth portrayed Mindy St. Claire in the critically acclaimed fantasy comedy “The Good Place” which was nominated for 145 awards winning 25.

Her most recent role in a TV series has been in the romantic comedy “Bob Hearts Abishola”, which has been airing since 2019 and stars Billy Gardell, Folake Olowofoyeku and Matt Jones. It follows an American man as he falls in love with a Nigerian woman working as his nurse.

Maribeth performed the song “Oh, Pretty Woman” in the 2020 episode “There’s My Nigerians” of the series “Bob Hearts Abishola”.

She has appeared in several TV specials, including “Roast of James Franco: Red Carpet Pre-Show” and “Comedy Central Roast of James Franco”. Maribeth has also been invited to appear in various talk-shows, such as “The Jamie Kennedy Experiment”, “Home & Family” and “Made in Hollywood”.

Maribeth began dating her future other half Andy Cobb in the early 2013 – they tried their best to keep the relationship away from the media’s attention, and sometime in 2014, the two married in a private ceremony attended by only a couple of their closest friends and family members. On 13 September 2018, Maribeth gave birth to their daughter Monroe Adrian Cobb, and the family of three appears to be leading a happy life together.

Andy Cobb is an actor, film writer, director and producer, who appeared in the movies “Grounds Zero”, “The Loneliest Icelander” and “Yoga Matt”. However, he is perhaps known better for having written, directed and produced the 2011 short comedy “Weak, Man”.

Neither Andy nor Maribeth have talked about any other people they had perhaps dated before meeting each other, so as of February 2021, Maribeth is married to Andy Cobb and they have one daughter together.

Maribeth is a lover of animals, and has a pet dog which can be seen featured in a couple of her Instagram pictures.

First network test as a mommy. Wish me luck friends! Big ❤️ to Lila Castellanos for getting me camera ready! Lezzdodis!!!

She likes to wear costumes, whether it is for Halloween, random costume parties or for her roles in TV series and movies.

She is a fan of food and enjoys tasting various cuisines, especially new desserts. Maribeth also likes to drink alcohol with her favorite being wine, however, she knows her limits and rarely has more than two glasses.

She is keen on watching comedy movies and TV series, and a couple of her favorite actors and actresses are Jim Carrey, Eddie Murphy and Tina Fey, while her favorite films are “Bruce Almighty”, “Meet Dave” and “Megamind”. Her two favorite TV series are “Friends” and “The Simpsons”.