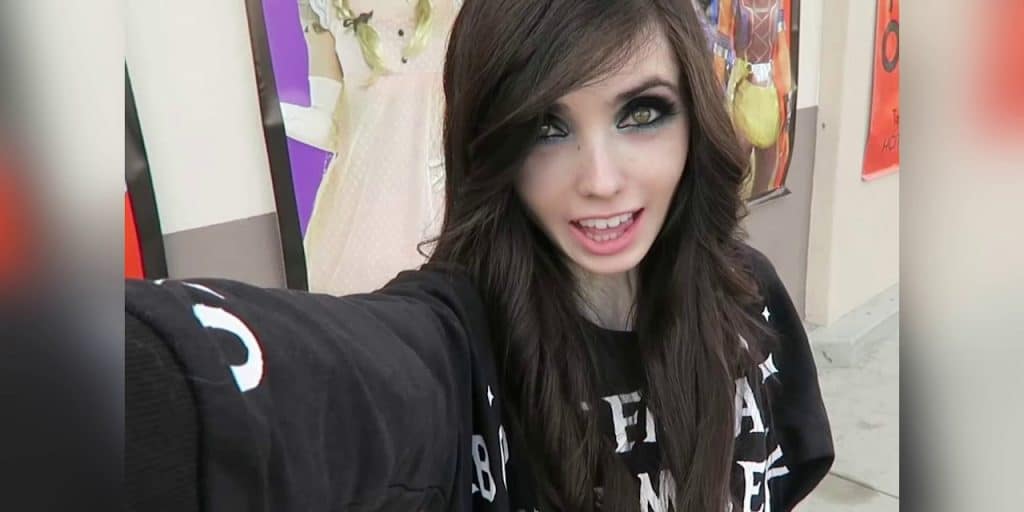 Who is Eugenia Cooney?

Eugenia Cooney is an American YouTuber and Twitch streamer, who gained recognition for his controversial underweight look, often tied to the eating disorder anorexia nervosa. With the mix of supportive and negative comments, she’s experienced ups and downs in her career, but Eugenia has prevailed, and is still active and sharing her thoughts and opinions on various topics.

Eugenia Sullivan Cooney was born on 27 July 1994 under the Leo zodiac sign, in Connecticut, USA, but grew up with a younger brother named Chip in Massachusetts, with their parents. She finished elementary school in Massachusetts, after which the family moved to New York City, where Eugenia studied acting.

In her teenage years, Eugenia lived with her mother, who since Eugenia’s rise to fame, has often been criticized for neglecting her daughter’s health issues.

Eugenia launched her YouTube channel in 2011, and her first video “Outfits of the Week” was uploaded in 2013, and is now one of her most popular. She uploaded videos regularly, some personal including “Ask Eugenia”, in which she answered some of the questions from her fans, such as favorite series and favorite musician, among others.

Even at this early stage of her career, the fans noticed her outrageously underweight appearance, however, she has ignored their concerns, and continued on with her life and career, focusing on making new content for her fans. In one of her earliest videos “My First Time”, she spoke of her first kiss, saying that two older men assaulted her when she was 16 years old, and started kissing her without her consent. Luckily, her mother interfered, and dragged her away from the scene.

Over the years, Eugenia became focused on uploading videos related to make-up tutorials and fashion on the whole, which brought her immense popularity, promoting the popular ‘EMO’ look, but also making funny and interesting videos about her life, such as “How to Get a Guy To Like You”, and “Thing to do When You’re Bored!”, in addition to many other videos that have only made her rather popular.

She’s amassed more than two million subscribers, while her videos have been viewed more than 255 million times. Some of her most popular videos include “My Mom Turns Me Preppy”, viewed more than 23 million times, then “My Favorite Summer Tops”, with just under 10 million views, and “Kingdom Hearts Kairi Cosplay Transformation and Makeup Tutorial”, with over 7.5 million views. In 2019, Eugenia took a five months hiatus from YouTube which lasted from February to July, but since then has returned to uploading videos.

Because of her anorexic look, petitions were organized asking to ban her from YouTube, as she is allegedly a danger to other girls for producing pro-anorexia content.

Comments about her videos were becoming more negative, but she never addressed her health issues, only stating that she doesn’t have an eating disorder, continuing by saying that she is naturally slim. However, the petitions by viewers on Change.org were eventually taken down by the site for violation of community standards.

Back in February 2019, Eugenia announced through her Twitter account that she would be taking an hiatus from social media, to focus on her health issues. She didn’t state anything specific, and for the next five months there was no sign of Eugenia online, but news of her death appeared online. However, this was just a hoax and Eugenia returned to YouTube with the video “I’m Back”, in which she talked about her rehabilitation process, and how she feels much better.

She spent a month in rehab after the Los Angeles Psychiatric Evaluation Team (PET), assessed her during a staged intervention organized by Jaclyn Glenn, David Michael Frank and Evangeline DeMuro, all of whom were close with Eugenia. After the evaluation, the PET team placed a 5150 hold on Eugenia under the Lanterman-Petris-Short Act, which regulates an involuntary civil commitment to a mental institution in the state of California. She was brought into rehab, and spent a month in the institution before she organized a release with the help of her mother. She has talked about her experience being on a psychiatric hold, with Kati Morton.

Her first video following her return made her fans extremely happy, mostly because she looked like she’d gained weight, and her overall appearance was much better than when she left. Since then, she has continued to upload new videos on a weekly basis, and her fans were so proud of her for prevailing against the (supposed) eating disorder. She has even made a couple of videos about the importance of mental health, and directed messages of support to all people who struggle with such issues, including one for mental health day, for which people praised her efforts.

This continued for some time, however, Eugenia’s health status has apparently and sadly worsened since then, and her loyal fans are concerned about her wellbeing once again. Her latest video “Opening Up About My Feelings…” shows Eugenia back to her old ways.

In her videos, Eugenia often speaks about her personal life, her likes and dislikes, and in one video has called Jake Skellington, the character from the film “Nightmare Before Christmas” her boyfriend. In a few other videos, Eugenia talked about her love life, saying that she doesn’t have a boyfriend, so it seems that she’s single at the moment.

As of mid- 2021, Eugenia Cooney’s net worth has been estimated to be around $500,000, earned through her career as a successful YouTuber.

Eugenia’s odd and controversial look was what made her famous. She has hazel eyes and long black hair styled in the emo way. She stands at a height of 5ft 7ins (1.7m), while she weighs approximately 57lbs (26kgs), with vital statistics of 25-20-24, and indeterminate bra size.