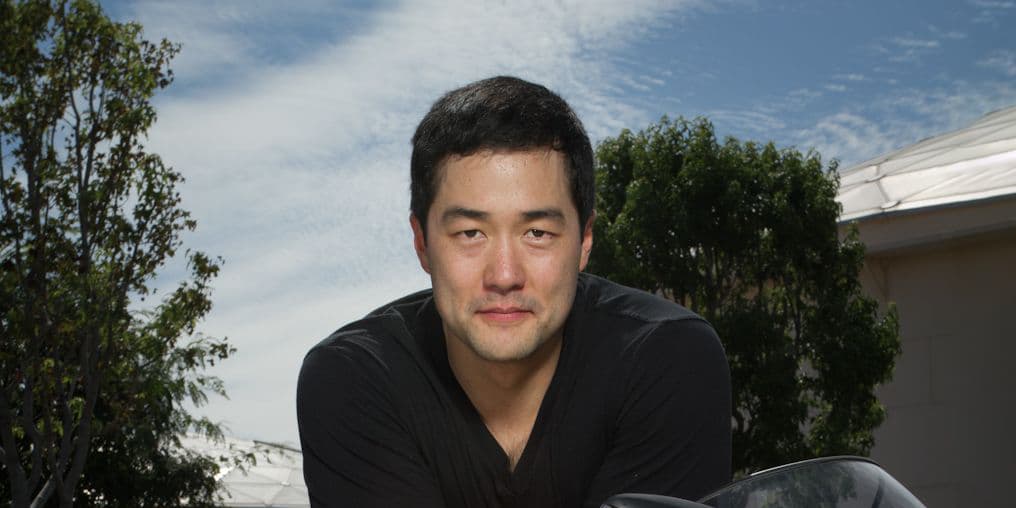 Who is Tim Kang ‘Magnum P.I.’? Education, Wife, Net Worth

Yila Timothy ‘Tim’ Kang was born in San Francisco, California USA, on 16 March 1973 – his zodiac sign is Pisces and he holds American nationality. He is an actor who might be known best for his portrayal of Kimball Cho, one of the lead characters in the mystery crime series “The Mentalist” created by Bruno Heller, and which also starred Simon Baker and Robin Tunney. It follows a psychic who admits to be a fake after his wife and daughter were killed by a madman. The series aired from 2008 to 2015 and won four awards, while it was nominated for 16 others including a Golden Globe.

Tim was raised alongside his two younger brothers in San Francisco by their parents, who have avoided the media’s attention.

He grew up being focused on his studies, and was also interested in sports as he played both football and baseball. Upon matriculating from a local high school in 1991, he enrolled at the University of California, Berkeley from which he graduated with a Bachelor of Arts degree in political science in 1995. He then enrolled into Harvard’s Institute for Advanced Theatre Training, from which he obtained his Master of Fine Arts degree in 1997.

Before venturing into the film industry, Tim worked in the Pacific Exchange’s financial sector.

Tim has been credited with appearing in over 40 movies and TV series, and we are about to mention some of his most notable performances in this article.

He made his debut TV series appearance in the 2002 episode “Whoever Did This” of the crime drama “The Sopranos”, and then appeared in single episodes of several series, such as the mystery crime dramas “Law & Order: Criminal Intent”, and “Law & Order: Trial by Jury”. In 2004, he played Detective Kent Yoshihara in five episodes of the action crime drama “Third Watch”, which starred Coby Bell, Jason Wiles and Skipp Sudduth, and follows the lives of various New York City police officers, firemen and paramedics. The following years saw him appear in one or two episodes of various series, with his first notable performance being in “The Mentalist”.

While shooting for it, Tim stopped appearing in nearly all other TV series, only making his following appearance in 2015 in the episode “Weird Pilot” of the mini-series “Weird Loners”.

Some of his following roles were in an episode of the mystery crime drama “Criminal Minds”, three episodes of the critically acclaimed fantasy horror “The Vampire Diaries”, and in a single episode of the horror thriller “American Horror Story”.

Tim’s most recent as well as his second most notable performance has been in the action adventure crime series “Magnum P. I.”, in which he has been playing one of the lead characters, Detective Gordon Katsumoto since 2018.

The series was created by Eric Guggenheim and Peter M. Lenkov, also stars Jay Hernandez and Perdita Weeks, and follows an ex-Navy SEAL who starts working in Hawaii as a private investigator. It has so far won one award and been nominated for one other.

He made his debut film appearance in 2002, when he portrayed Paul the Attorney in the romantic comedy “Two Weeks Notice”, written and directed by Marc Lawrence, and which starred famous actor and actress Hugh Grant and Sandra Bullock.

The film won two awards and was nominated for three others.

A couple of Tim’s following roles in movies were in the 2003 romantic science fiction drama “Robot Stories”, the 2004 short drama “Flight Safety”, and the 2006 short drama “What Remains”. The year 2008 saw him play En-Joo in the critically acclaimed action thriller “Rambo”, written and directed by Sylvester Stallone who also starred in it alongside Julie Benz and Matthew Marsden. Even though the film is a hit even today, back then it only won one award. In 2009, Tim appeared in the comedy “Mr. Sandman”, written and directed by Patrick Epino, and which starred Qaid Al-Nomani and Scoot McNairy.

The film follows the life of Mounir, who was Saddam Hussein’s body-double.

After he finished shooting for “The Mentalist” in 2015, Tim starred in the short horror mystery “Room 731” as well as in the short fantasy “Rise”. His most recent two roles in movies have been in the 2017 comedy “The Trustee”, and the 2018 adventure family fantasy “A Wrinkle in Time”.

Tim has recently finished shooting for the upcoming movie “Traces”.

Tim is very secretive when it comes to his love life, and hasn’t shared any details concerning his past and present affairs, however, it is known that he was once in a relationship with American actress and model Gina Marie May. It’s believed that they began dating sometime in 2009, and that the relationship lasted for around two years before they called it quits.

On 7 November 2009, Gina gave birth to their daughter Bianca Jooyung Kang, but apparently this wasn’t a good enough reason for Gina and Tim to marry, although there are still many people out there who believe that Gina was once Tim’s wife.

Tim hasn’t talked about any other women he might have dated, so as of January 2021, he is single, hasn’t married and has a daughter with the actress Gina Marie May.

Tim is not a fan of social media networks, as he believes these are not as connecting as they are believed to be. He still has an Instagram account, but has only uploaded six pictures onto it.

He is a huge fan of martial arts, and began taking Tae Kwon Do lessons during his teenage years, while he today holds a black belt.

He is a philanthropist who has worked with various charity organizations since the launch of his acting career, and today mostly works with the National Center for Missing and Exploited Children; Tim is their national spokesman.

In his spare time, Tim enjoys watching movies, and his favorite actor and actress are Tom Hanks and Julia Roberts, while a couple of his favorite movies are “Cast Away”, “You’ve Got Mail” and “Forrest Gump”.