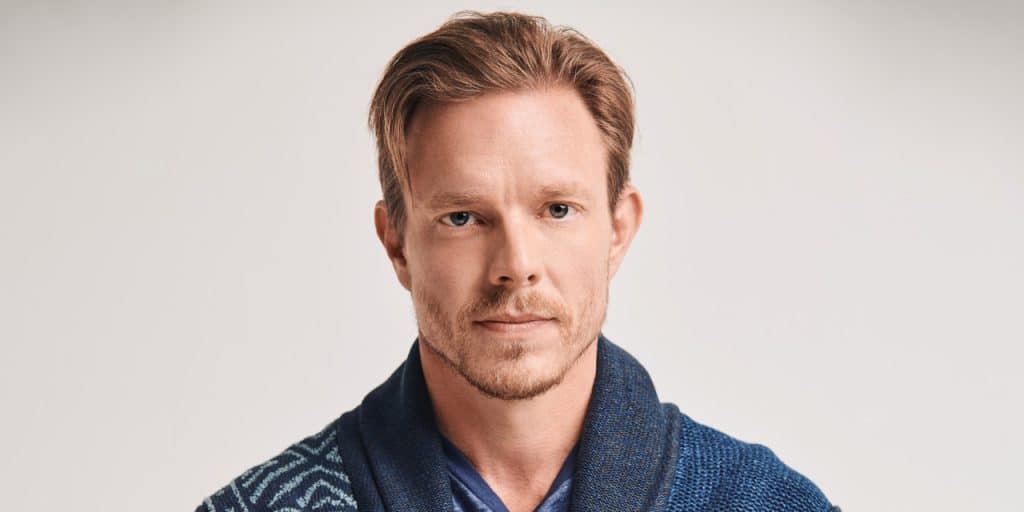 Matthew Alan was born as Matthew Gerbig in Evansville, Indiana USA, in either 1979 or 1980 – his zodiac sign is said to be Aries and he holds American nationality. He is an actor who might be known best for his portrayal of Seth Massey in the critically acclaimed mystery thriller series “13 Reasons Why” created by Brian Yorkey, and which starred Dylan Minnette, Katherine Langford and Christian Navarro. It’s about Clay Jensen who is trying to find out why his crush committed suicide. It aired from 2017 to 2020, and won four awards while it was nominated for 15 others including a Golden Globe.

He is also known for being the husband of American actress Camilla Luddington.

Matthew was raised an only child in Evansville by his parents Larry and Karen Gerbig, but hasn’t shared any details regarding them, as they prefer to stay away from the media’s attention.

He became interested in acting while attending Reitz High School, and practiced his acting skills both at the school and at a community theatre. Matthew still wanted to focus on his education and upon matriculating in 1996, he enrolled at Western Kentucky University, from which he graduated with a Bachelor’s degree in 2000. After graduation, Matthew pursued his acting career but needed to work various jobs to financially support himself before landing his first role.

Matthew has appeared in roughly 55 movies and TV series, and we are about to mention some of his most notable performances in this article.

He made his debut film appearance in 2003, when he portrayed Lt. Walton in the family mystery drama “Charlie’s War”, and a couple of his following roles were in the 2004 historical horror “Bell Witch Haunting”, the 2006 short comedy “Call Me Sugarplum”, and the 2008 short comedy “Jarred”. In 2010, Matthew portrayed Rob in the short comedy “The Filming of Shakey Willis”, and then in 2011 starred as Joel in the romantic horror drama “The Shadows of Ants”, written and directed by Paul Thomas Davis, and which also starred Nicholas Ashe Bateman and Keith Blaser. It follows two people as they suffer four supernatural tragedies together.

The following year saw Matthew play Jack in the thriller drama “Walking the Halls” which starred Jamie Luner and Caitlin Thompson, and follows Casey who starts working as a call girl while attending college.

In 2013, he played Brad in the mystery horror “Living Dark: The Story of Ted the Caver” written and directed by David L. Hunt, and which follows two brothers as they venture inside a terrifying cave. It won two awards and was nominated for one other.

Two of Matthew’s most recent roles in movies have been in the 2014 thriller “Hidden in the Woods”, and the 2016 drama “Trust Fund”, but has since been mostly focused on appearing in TV series.

Matthew made his debut TV series appearance in the 2006 episode “Elements of Danger” of the documentary drama “Untold Stories of the ER”, while the following year saw him appear as Danny in seven episodes of the science fiction series “Ghost Whisperer: The Other Side”, which won one award and was nominated for one other.

The following years saw Matthew appear in single episodes of various series, such as the mystery crime drama “Veronica Mars”, the crime drama “Eleventh Hour”, and the critically acclaimed adventure fantasy drama “Lost”. His first notable performance was in three 2014 episodes of the mystery crime drama “Murder in the First”, created by Steven Bochco and Eric Lodal, and which starred Taye Diggs, Kathleen Robertson and Ian Anthony Dale. It follows the investigation of a single murder which eventually led to the killer’s arrest.

In 2017, Matthew was invited to play the supporting character Seth Massey in the mystery thriller drama “13 Reasons Why”, which was a hit in the US winning four awards, while it was nominated for 15 others including a Golden Globe. In 2018 he portrayed another supporting character, Havemeyer in the crime drama “Snowfall”.

This season, we brought the misery. Revisit the Easter eggs from our season finale in our weekly recap. | Sponsored by @BoostMobile pic.twitter.com/FLRsIjI9RH

The following year saw Matthew portray Chris Merrill in the fantasy horror drama “Castle Rock”, created by Sam Shaw and Dustin Thomason, and which starred Bill Skarsgard and Andre Holland. It follows the lives of people living in the made-up city Castle Rock, and won one award while it was nominated for 18 others, including a Primetime Emmy.

Matthew’s most recent appearance in a TV series has been in the 2020 episode “Sundown” of the fantasy horror drama “Lovecraft Country”, which follows an African-American man as he travels around the US in the ‘50s, searching for his father.

Matthew met Camilla Luddington while they were shooting for a TV series together, and they began dating only a week after meeting. On 9 March 2017, Camilla gave birth to their daughter Hayden and on 31 December Matthew asked Camilla to marry him.

The two exchanged wedding vows in front of their closest friends and family on 17 August 2019, and on 7 August 2020, Camilla gave birth to their son Lucas.

Neither Matthew nor Camilla have talked about any other people they might had dated before meeting each other, however, there are rumors circulating the internet that Camilla had an affair with Nico Evers-Swindell, alongside whom she starred in the 2011 biographical drama movie “William & Catherine: A Royal Romance”.

As of January 2021, Matthew’s married to Camilla Luddington, and they have two children together.

Matthew is physically very active and has three to four training sessions at the gym each week thus his muscular body. He occasionally changes his workout routine depending on the role he’s about to play.

He is keen on travelling, and he and Camilla have been to various US states together, while they’ve also vacationed in Paris in France, and Milan in Italy.

Matthew is a philanthropist who has worked with various charity organizations, while as a dog-lover he’s a supporter of the organization People for the Ethical Treatment of Animals (PETA).

In his spare time which is usually late at night, he likes to watch movies starring his favorite actors Johnny Depp and Robert Downey Jr., such as the franchise “The Pirates of the Caribbean”, “Iron Man” and “Avengers: Endgame”.

Matthew is around 40 years old. He has short brown hair and blue eyes, his height is 5ft 9ins (1.75m) and he weighs around 150lbs (68kgs). As of January 2021, his net worth has been estimated at over $2 million, while Camilla’s net worth is reputedly around $2 million as well.

Who is Camilla Luddington?

Camilla Luddington was born in Ascot, Berkshire, England, on 15 December 1983 – her zodiac sign is Sagittarius and she holds both British and American nationality. She might be known best for her portrayal of Josephine ‘Jo’ Wilson in the romantic drama series “Grey’s Anatomy”, created by Shonda Rhimes and which stars Ellen Pompeo, Chandra Wilson and James Pickens Jr. It follows the lives of several surgical interns and their superiors working in a hospital. The series has been airing since 2005, and has won 80 awards including two Golden Globes, while it’s been nominated for 233 other awards.

Camilla’s parents enrolled her at the Italia Conti Academy (England) in 1994, which is how she became interested in acting. Her family moved to Austin, Texas USA in 1998, but Camilla returned to England to attend TASIS, The American International School, from which she matriculated in July 2002.

She went back to the US and enrolled at Pennsylvania’s Susquehanna University, but after half a year switched to the New York Film Academy. She then moved to Los Angeles in California to pursue her acting career.

Camilla has been credited with appearing in almost 30 movies and TV series – one of her most notable performances in movies has been in the 2013 horror “The Pact 2”, written and directed by Dallas Richard Hallam and Patrick Horvath, and which also starred Patrick Fischler and Amy Pietz. It follows a woman as she learns that her dreams about a serial killer are connected to what is happening in the real world. Camilla is also known for her portrayal of Cecilia in the 2016 comedy drama “The Healer”, staring alongside Jonathan Pryce and Oliver Jackson-Cohen.

One of her most notable performances in TV series has been in the critically acclaimed comedy “Californication”, in which she portrayed a nanny in its fifth season. Some of the other series she has appeared in include the fantasy horror “True Blood”, the fashion series “Fashion Police”, and the romantic sitcom “Friends with Benefits”.

She has been nominated for six award,s winning one: a 2018 Gamers’ Choice Award for Fan Favorite Female Voice Actor for “Shadow of the Tomb Raider”.