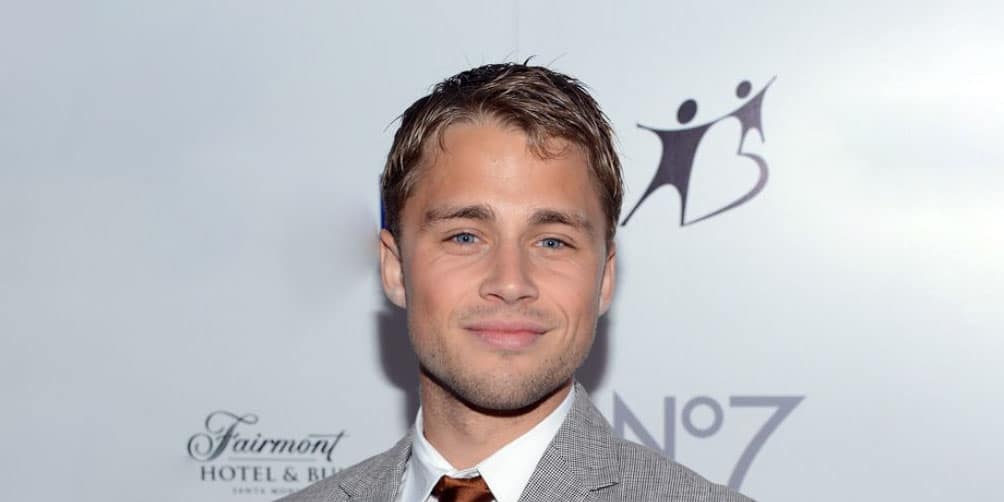 Who is Max Lloyd-Jones?

Maxmillian Edward ‘Max’ Lloyd-Jones was born on 26 February 1991 under the zodiac sign of Pisces, in London, England. He is a 30-year-old actor, probably best recognized for landing the role of Noah in the ABC teen/family drama series “Switched At Birth” (2013), and featuring as Tom Thornton in the Hallmark Channel drama series “When Calls The Heart” (2015-2018).

How rich is he, as of now? Max Lloyd-Jones Net Worth

As of mid-2021, Max Lloyd-Jones’ net worth is estimated at over $1.5 million, earned through his successful career as a professional actor, who has worked on 36 television and film titles since he launched his career back in the mid-2000s.

Max Lloyd-Jones spent his early years in his hometown of London, where he was raised by his father Peter Lloyd-Jones, and his mother Jane Lloyd-Jones; however, their professions haven’t been revealed to the public yet. He has a younger sister, but her name is unavailable. He holds British nationality and belongs to White Caucasian ethnic group. Regarding his education, to date Max hasn’t shared any details.

Max Lloyd-Jones started his professional acting career in 2005, as David Durango in the direct-to-video sports comedy film “The Sandlot 2”, written and directed by David Mickey Evans, and a sequel to the 1993 film “The Sandlot”.

The film follows a group of young baseball players, and stars Mike Vitar, Tom Guiry and Karen Allen. Thereafter, he had a small part as a young skimmer in the horror film “Solstice”, and made a guest appearance as Charlie Whitshire in an episode of The WB/The CW drama fantasy horror series “Supernatural”, both in 2008.

He then played Wes in the short comedy film “Good Image Media” (2009), and in 2011 featured as Kevin in the made-for-TV crime drama film “Girl Fight”. It was followed by his portrayal of Briggs in the direct-to-DVD family film “Flicka: Country Pride” and Len Roberts in the adventure thriller film “Stone Markers”, both in 2012.

In 2013, Max Lloyd-Jones took the role of Luke in Lifetime’s made-for-TV biographical drama film “Restless Virgins”, based on the 2005 sex scandal at the Milton Academy in the Boston area. His big break came later that year, when he was chosen to play Noah in the first season of the teen/drama TV series “Switched At Birth”, which was broadcast on ABC Family. It tells the story of two teenagers who were switched at birth, and grew up in different environments.

It was followed by his portrayals of Dylan Stark in the musical family drama film “Finding Harmony”, next to Alison Eastwood, Billy Zane, and Ann Margaret, and then Phillip in the made-for-TV horror film “The Dorm”, both in 2014.

During the same year, he also played Dave in the made-for-TV drama film “Only Human”, and featured as Sam Atwill in the war drama film “Field Of Lost Shoes”, directed by Sean McNamara; the latter earned him his first Leo Award for Best Lead Performance by a Male. At the time, he also guest-starred in such TV series as “Teen Wolf”, “Motive”, and “iZombie”.

His next major role came when he joined the main cast of the Canadian-American drama TV series “When Calls The Heart”, in which he starred as Tom Thornton from 2015 to 2018. The series ran on Super Channel in Canada, and Hallmark Channel in the US.

Concurrently, Max continued to work on other projects; in 2016, he played Dexter in the comedy “Is That A Gun In Your Pocket?”, then featured as Officer James in the made-for-TV adventure comedy film “Adventures In Babysitting”. It was followed by his portrayals of Michael Collins in the made-for-TV thriller film “Boy In The Attic”, and Kadin Kaul in the short horror film “Kadence”, also in 2016.

He had guest parts in such TV series as “Mistresses”, “Once Upon A Time”, and “Reign”, after which he took the role of Blue Eyes in the critically-acclaimed sci-fi action “War For The Planet Of The Apes” (2017), directed by Matt Reeves, the third installment of the “Planet Of The Apes” franchise, and starring Andy Serkis, Steve Zahn, and Woody Harrelson. The film was a box office success, grossing over $490 million against the budget of $150 million.

Thereafter, Max Lloyd-Jones did voice-overs of Abe White in the Sony psychological horror video game “The Inpatient”, and Aldred / Yurius in the English version of the Nintendo action role-playing video game “Dragalia Lost”, both in 2018.

In the following year, he had a part as Tony Tatterton in the episode “Wed Of Dreams” of the Lifetime mystery horror five-part mini-series “V.C. Andrews’ Heaven”, for which he won his second Leo Award for Best Lead Performance by a Male.

In 2020, Max starred in the role of Elder Bradley in the short comedy film “Zoom-Bombing Mormons”, and later that year doubled as Luke Skywalker in the episode “Chapter 16: The Rescue” of the Disney+ space Western series “The Mandalorian”, a part of the “Star Wars” franchise. Most recently,  in early 2021he joined the cast of the Netflix sci-fi series “The Imperfects”, playing Doug.

Max Lloyd-Jones has short light brown hair and blue eyes. He stands at a height of 5ft 7ins (1.70m), while his weight is around 140lbs (64kgs). Information about his vital statistics, biceps size, and shoe size isn’t available.

Max Lloyd-Jones was romantically involved with his “The Sandlot 2” co-star Samantha Burton from 2005 to 2006. He then went on to date singer-songwriter, guitarist and mandolinist Cheyenne Kimball between 2006 and 2008. Since then, he hasn’t been linked publicly to any girl, so it’s believed that he is single at the moment. His current residence is in Vancouver, British Columbia, Canada.