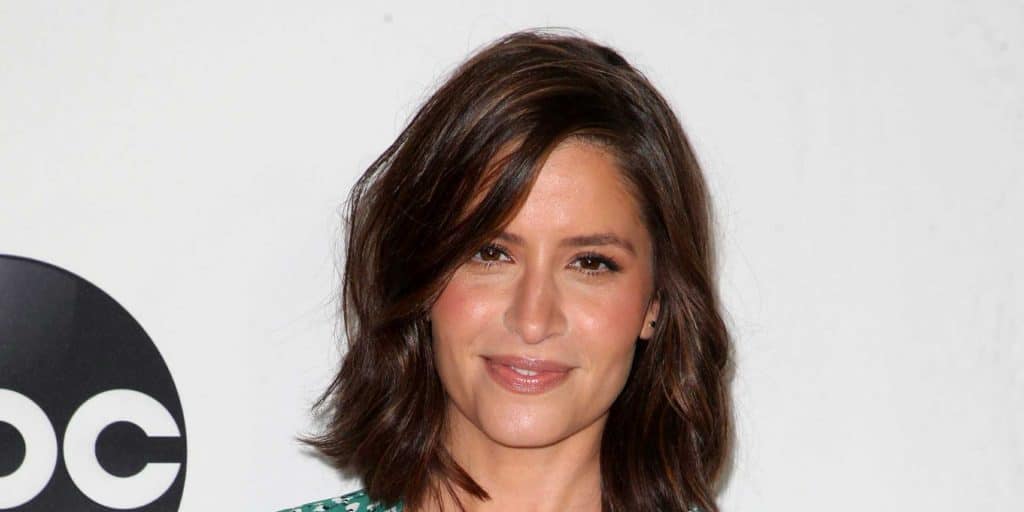 What is Mercedes Mason’s ethnicity?

Mercedes Mason was born on 3 March 1982, in Linkoping, Sweden – her zodiac sign is Pisces, her ethnicity is Iranian, and she now holds both Swedish and American nationality. She is an actress who might be still known best for her portrayal of Zondra in the action comedy series “Chuck”, created by Chris Fedak and Josh Schwartz, and which starred Zachary Levi, Yvonne Strahovski and Joshua Gomez – it follows a computer geek as he downloads government secrets and is now protected by both the CIA and NSA. It aired from 2007 to 2012, and won nine awards including two Primetime Emmys, while it was nominated for 34 other awards.

Mercedes was raised in Linkoping alongside her sister in Ryd by their parents, both of whom were born in Iran, and moved to Sweden before Mercedes was born – aged 12, the family moved to the US, and Mercedes received her citizenship in April 2016.

She grew up being interested in modelling, and was just 13 years old when she was noticed by a scout and signed to the FORD modelling agency. She became an international model while attending high school, and during those years became interested in acting as well, and practiced her skills with the school’s drama club. Upon matriculating in 2000, Mercedes enrolled at a college to study psychology, and graduated with a Bachelor’s degree in 2004 – she then enrolled at another college, but dropped out to focus on her acting career.

Mercedes has appeared in over 40 movies and TV series, and we are about to mention some of her most notable performances in this article.

She made her debut film appearance (uncredited) in the 2006 romantic comedy “The Break-Up”, which starred Jennifer Aniston and Vince Vaughn, and then went on to play supporting characters in movies such as the 2008 short science fiction “Now and Nowhere”, the 2009 action horror thriller “Red Sands” and the 2010 comedy “All Signs of Death”. She gained recognition in 2011 after her portrayal of the lead character Jenny, in the horror thriller “Quarantine 2: Terminal”, written and directed by John Pogue, and which also starred Josh Cooke and Mattie Liptak – it follows a mysterious virus released on an airplane.

In 2012, she portrayed Angelique in the short comedy “Buds” and Bebe in the comedy “General Education”, and 2013 saw Mercedes play Stacey in the romantic comedy “Slightly Single in L. A.” written and directed by Christie Will Wolf, and which starred Lacey Chabert and Kip Pardue – the movie is about a single girl living in Los Angeles, while believing that finding love there is impossible.

A couple of Mercedes’ following roles were in the 2015 romantic comedy “Ana Maria in Novela Land”, the 2015 drama “White City” and then after five years of appearing in only TV series, in the 2020 drama “What the Night Can Do”. Her most recent role in a film has been in the 2020 drama “Love By Drowning”, written by Justin Kreinbrink, directed by C. E. Poverman, and which also starred Nicky Whelan and Barry Bostwick – the film is about the brothers Davis and Val and a woman named Lee Anne.

Mercedes made her debut TV series appearance in three 2005 episodes of the romantic drama “One Life to Live”, which is one of the longest-running series, having aired 3530 episodes from 1968 to 2013.

She went on to appear in single episodes of several TV series such as the comedy drama “Entourage”, the mystery crime drama “The Closer” and the action crime drama “CSI: NY”. In 2009, Mercedes was cast to play Vanessa in four episodes of the drama “Three Rivers”, created by Carol Barbee, and which starred Alex O’Loughlin, Katherine Moennig and Daniel Henney – the series follows the lives of people at a Pittsburgh transplant hospital. In 2012, she played Isabel Zambada, one of the lead characters in the crime comedy “The Finder”, which also starred Geoff Stults and Maddie Hasson, and was nominated for two awards. In the same year, Mercedes starred as Louise Leonard in the mystery fantasy drama “666 Park Avenue”.

The following years saw her appear in only an episode or two of various series, such as the comedy “Californication”, the romantic comedy “Anger Management” and the drama “The Astronaut Wives Club”. In 2015, Mercedes was invited to play a supporting role as Ofelia Salazar in the critically acclaimed science fiction horror series “Fear the Walking Dead”, which was nominated for 19 awards. In 2018, she played one of the supporting characters, Captain Zoe Andersen in the crime comedy “The Rookie”, while the following year saw her play Cora in three episodes of the mystery crime drama “How to Get Away with Murder”.

One of her most recent roles in TV series has been in three 2019 and a single 2020 episode of the drama “The L Word: Generation Q”, which stars Jennifer Beals, Katherine Moennig and Leisha Hailey.

Mercedes is very secretive when it comes to her love life and hasn’t talked about any men she dated before marrying American actor David Denman. The two haven’t talked about how and when they met, but it’s believed that they dated for several years before marrying in September 2014, in a private ceremony attended by their closest friends and family– on 10 January 2018, Mercedes gave birth to their son Caius Kane.

David’s first role was in the 2000 sports comedy movie “The Replacements”, and he then appeared in movies such as the fantasy comedy “Big Fish”, the comedy drama “Smart People” and the drama “Beneath the Harvest Sky”.

He might be known best for his portrayal of Roy Anderson in the TV sitcom “The Office”.

As of January 2021, Mercedes is married to David Denman and they have one son together.

Learning new languages is Mercedes’ favorite hobby, and she can speak English, French, Persian Farsi and Spanish, but can no longer speak Swedish although she can understand when someone else speaks it.

She is a cat lover and her pet Snow can be seen featured in some of her Instagram pictures – Snow was saved by Mercedes during a Chicago winter 22 years ago. Mercedes also had a pet dog, Wedgie, which died in early 2020.

She is physically very active as she has multiple training sessions at the gym each week, and is following a strict diet, thus her fit body.

Mercedes has her own favorite actors and actresses, some of whom are Leonardo DiCaprio, Amanda Seyfried and Channing Tatum, while a couple of her favorite movies are “Titanic”, “Dear John” and “Letters to Juliette”.

Measurements and net worth