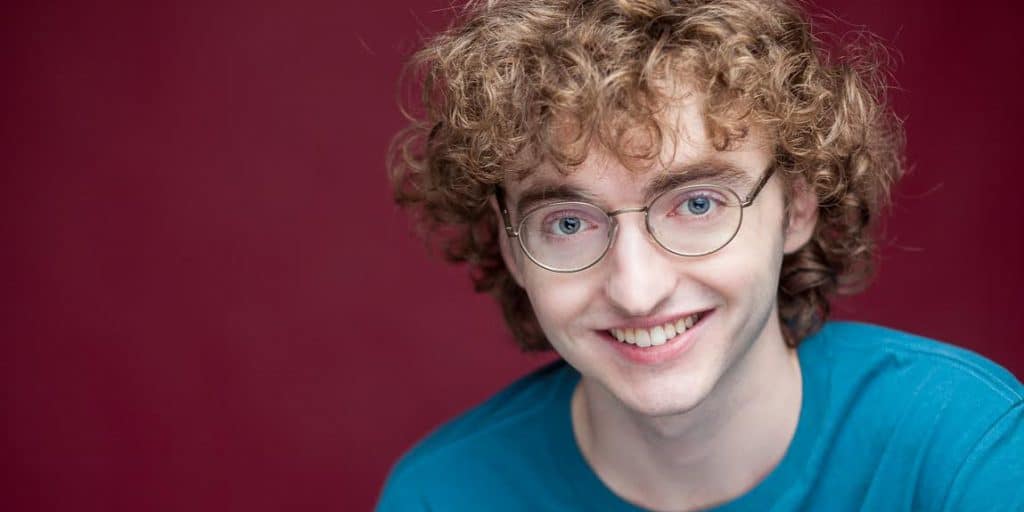 Who is Michael Eric Reid?

Michael Eric Reid was born in Jacobi Hospital in The Bronx, New York City, USA, on 30 December 1992 – his zodiac sign is Capricorn and he holds American nationality. He is an actor and a singer-songwriter, who might be known best for his portrayal of Sinjin Van Cleef in the family comedy series “Victorious” created by Dan Schneider, and which aired from 2010 to 2013. It starred Ariana Grande, Victoria Justice and Leon Thomas III, and follows the life of the teenage singer Tori Vega as she attends Hollywood Arts, a performing arts high school – the series was a hit, winning four awards while it was nominated for 28 others including four Primetime Emmys.

For his performance in the series, Michael was nominated for a 2013 Young Artist Award for Best Performance in a TV Series – Recurring Young Actor 17-21, and won the same award in 2014.

Michael was raised in The Bronx an only child, by his parents Michael and Jackie Reid who are both believed to have been actors at some point in the lives.

Michael became interested in acting at quite an early age, as he would often watch TV with his parents, and soon began imitating characters from his favorite TV shows and movies, and also became interested in comedy. Michael attended a local high school at which he practiced his acting skills with the school’s drama club, and while he hasn’t talked about his further education, some believe that Michael attended college and obtained his Bachelor of Arts degree in 2014.

Michael made his debut TV series appearance aged 10 in 2003, when he played Little Boy in Baseball Costume in a single episode of “Saturday Night Live”, and then appeared in single episodes of both the mystery crime drama “Law & Order: Criminal Intent” and the comedy drama “Ed”.

The year 2008 saw him portray Roger in the episodes “Hot Sub” and “The List” of the comedy “Miss Guided”, created by Caroline Williams, and which starred Judy Greer, Chris Parnell and Kristoffer Polaha – it’s about the woman Greer, who goes back to school wanting to become a guidance counselor; the series was nominated for a single award.

In 2009 Michael appeared in the episode “Glue” of the critically acclaimed comedy drama “Weeds”, which was a hit, winning 15 awards including one Golden Globe, while it was nominated for 99 other awards. The following years saw Michael appear in single episodes of several series, such as the comedy “Workaholics” and the romantic comedy “Modern Family”.

His most recent appearance in a TV series has been in the 2018 episode “Nicholas T. Moore (No. 110)” of the mystery crime drama “The Blacklist”, created by Jon Bokenkamp and which starred James Spader, Diego Klattenhoff and Megan Boone– it follows Elizabeth Keen, an FBI profiler, after the criminal Raymond Reddington whom she has been chasing for years turns himself in, and wishes to speak with her. It won two awards and was nominated for 29 others, including two Golden Globes.

Michael made his debut film appearance (uncredited) in the 2004 comedy “House of D”, written and directed by David Duchovny, who also starred in it alongside Tea Leoni and Robin Williams – it follows the American artist Tom Warshaw living in Paris, as he decides to move back home to the US and reconcile with his friends and family.

The year 2011 saw Michael play Sinjin in the family comedy “iParty with Victorious”, which follows the lives of Carly and her new boyfriend Steven Carson, and the same year saw him play Nathan in the comedy “Home Game”, which failed to attract a lot of attention. A couple of Michael’s following roles were in the 2014 short comedy “The Learning Curve”, the 2015 horror comedy “The Funhouse Massacre”, and the 2016 family comedy “Mamaboy”.

In 2017, he played Jesse in the thriller drama “The Honor Farm”, which received mostly negative reviews, then in 2018, Michael appeared as Kevin in the horror “Camp Cold Brook”.

His most recent appearance in a movie has been in the 2019 horror comedy “Bob Freeman: Exterminator For Hire”, written and directed by Jonathan Moss, and which starred Joey Bell, Lance Canilao and Lane Ellis – it follows a paranormal exterminator, as he goes to Las Vegas with his crew to find the cult responsible for his father’s death.

Michael is very secretive when it comes to his love life, and hasn’t talked about any girls (or boys) he might have dated, which is mostly why there are rumors circulating the internet concerning his relationships and sexual orientation.

Michael is believed to be in a relationship with a mysterious girl, as several of his fans claim to have seen the two walking hand in hand, but no pictures have been provided to support these claims, and Michael hasn’t commented on them. There are also those who believe him to be gay, and that’s why he hasn’t talked about his past and present affairs.

As he hasn’t talked about his love life, Michael is single as of December 2020, hasn’t married and doesn’t have children.

Michael is a musician who plays the piano, guitar and bass, and he’s also a songwriter who has performed several of his song with his band.

He is keen on travelling, and enjoys spending his spare time in nature rather than in overcrowded cities – he has visited various national parks in the US, with his favorite being the Grand Canyon.

He enjoys sports, and is an avid skier while he also snowboards. Michael enjoys summer as well, and likes to go swimming and to play beach soccer and volleyball.

He is a cat-lover, and his former cat Nikki can be seen featured in a couple of his pictures on Instagram – Nikki died in July 2020.

Michael has his own favorite actors and actresses, some of whom are Jim Carrey, the late Robin Williams, and Scarlett Johansson – a couple of his favorite movies are “Bruce Almighty”, “Patch Adams” and “Lost in Translation”.