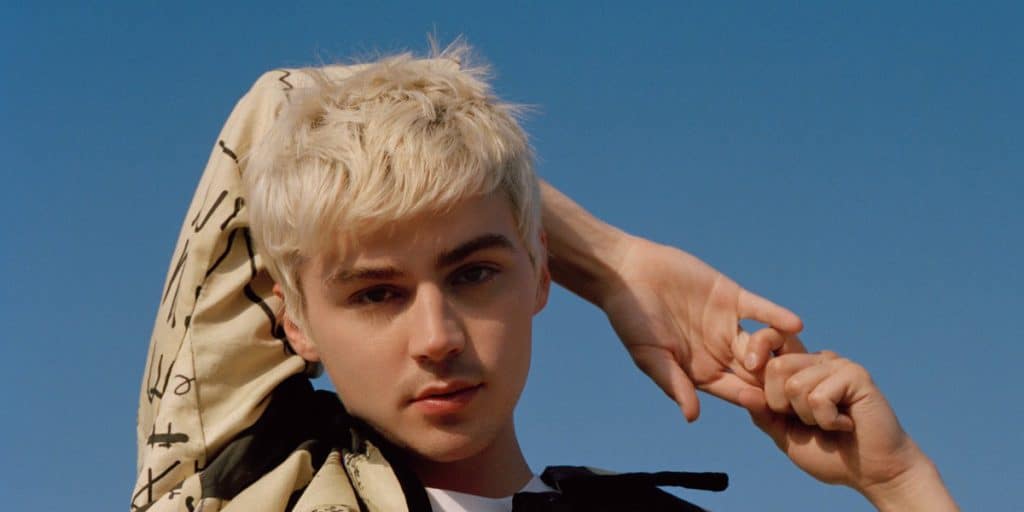 Who is Miles Heizer?

Miles Dominic Heizer was born in Greenville, Kentucky USA, on 16 May 1994 – his zodiac sign is Taurus, and he holds American nationality. He’s an actor with more than 20 credits to his name, perhaps known best for his portrayal of Alex Standall in the mystery thriller series “13 Reasons Why”, created by Brian Yorkey, and which starred Katherine Langford, Dylan Minnette and Christian Navarro. It follows the teenager Clay Jensen, who’s investigating the suicide of his crush; the series aired from 2017 to 2020, and won four of the 20 awards for which it was nominated.

Miles was raised in Greenville alongside his older sister Moriah, by their mother who’s working as a nurse, and their father who prefers to be left out of media.

Miles began acting upon enrolling at a local elementary school, as a member of its drama club, and appeared in various plays performed there.

He then began appearing in plays staged at a local theatre, and aged nine, Miles made his debut TV series appearance, with his portrayal of Joey Everton in the 2005 episode “Nothing to Lose” of the action crime drama “CSI: Miami”. The following year saw him make his debut film appearance, with his portrayal of Young James, in the short crime drama “Paramedic”.

Miles’ family then moved to Los Angeles, California, in support of his acting career. He continued acting throughout his entire education, and upon matriculating in 2012, Miles chose not to pursue a college degree, but to focus on acting.

In 2006, Miles made a guest appearance in the episode “Drowned Lives” of the fantasy drama “Ghost Whisperer”, and the following year appeared in the episode “Strange Bedfellows” of the mystery crime drama “Shark”.

He gained recognition in 2007, when he portrayed Joey in the episode “Death in the Saddle” of the hit crime comedy drama “Bones”. It was created by Hart Hanson, starred Emily Deschanel, David Boreanaz and Michaela Conlin, and follows the FBI Special Agent Seeley Booth and the forensic anthropologist Dr. Temperance ‘Bones’ Brennan, who are leading their own team of murder investigators. The series aired from 2005 to 2017, and won eight of the 52 awards for which it was nominated, including two Primetime Emmy nominations. The same year saw Miles appear in the episode “In Which Addison Has a Very Casual Get Together” of the romantic comedy drama “Private Practice”, and four episodes of the romantic drama “ER”.

Between 2010 and 2015, he starred as Drew Holt, in the critically acclaimed comedy drama “Parenthood”, created by Jason Katims, and which starred Peter Krause, Lauren Graham and Dax Shepard.

It follows the lives of the members of the Braverman family, and the series won 15 of the 55 awards for which it was nominated, including a Primetime Emmy nomination.

Miles’ most recent role in a TV series, excluding “13 Reasons Why”, has been his portrayal of Person Watching Launch, in the 2016 episode “Novo Mundo” of the science fiction adventure drama “Mars”.

He gained recognition in 2015, with his portrayal of Marshall Lovett in the biographical historical drama “The Stanford Prison Experiment” based on the book “The Lucifer Effect” by Philip Zimbardo, directed by Kyle Patrick Alvarez, and which starred Ezra Miller, Tye Sheridan and Billy Crudup.

The film follows 24 male students studying psychology at Stanford University, who were chosen to play inmates and guards in a mock prison at the university; it won four of the seven awards for which it was nominated. In the same year, Miles starred in the short action comedy “The Red Thunder”, and the biographical drama “Memoria”.

In 2016, he portrayed Tommy, in the hit crime action adventure “Nerve”, directed by Henry Joost and Ariel Schulman, and which starred Emma Roberts and Dave Franco. It follows a teenager who’s playing the online game “Truth or Dare”, while her every move’s now manipulated by a group of ‘watchers’; the movie was nominated for five awards.

Miles has sung two songs, in the 2011 episode “Tales from the Luncheonette” and the 2014 episode “The Offer” of the series “Parenthood”.

Miles has made a guest appearance in a number of talk-shows, such as “Red Carpet Report”, “Entertainment Tonight Canada”, and “WGN Morning News”.

In 2008, he was nominated for a Young Artist Award for Best Performance in a Feature Film – Leading Young Actor, for “Rails & Ties”.

In 2013, aged 19, Miles came out as gay, stating that he’s a member of the LGBT community, and he has been in a relationship with two men, whom the public knows about.

In 2016, he began dating Brandon Flynn, an American actor perhaps known best for his portrayal of Justin Foley in the series “13 Reasons Why”, which was also how the two met. They were together for around a year, during which the two could’ve been seen attending most of their red carpet events hand-in-hand.

Since 2019, Miles has been in a relationship with the Canadian actor, film writer and director Connor William Jessup; Connor’s probably known best for his portrayal of Ben Mason in the post-apocalyptic science fiction series “Falling Skies”.

Both Connor and Miles have uploaded many pictures featuring themselves together, onto their Instagram accounts.

As of August 2021, Miles is in a relationship with Connor William Jessup, hasn’t married, and doesn’t have children.

Miles is highly active on Instagram, as he seems to be enjoying the attention he’s receiving from his more than 3.4 million followers. He’s uploaded close to 150 pictures, the majority of which have been taken during his everyday life.

He’s a huge dog-lover, and his two pet dogs can be seen featured in many of his Instagram pictures.

Miles likes to travel, and his acting career has taken him to various US states; it seems that he’s yet to travel to Europe.

Miles has his own favorite actors and actresses, some of whom are Will Smith, Russell Crowe and Meryl Streep, and a couple of his favorite movies are “I Am Legend”, “A Good Year” and “Kramer vs. Kramer”.