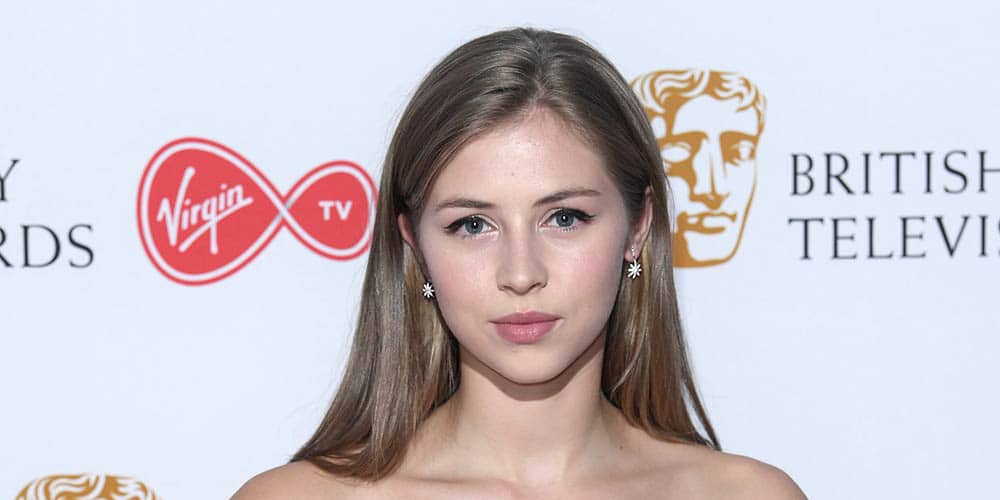 Who is Hermione Corfield? Height, Measurements, Net Worth, Bio

Hermione Isla Conyngham Corfield was born in London, England, on 19 December 1993 – her zodiac sign is Sagittarius, and she holds British nationality. She’s an actress with close to 20 credits to her name, while she’s perhaps known best for her portrayal of Record Shop Girl in the 2015 action adventure thriller movie “Mission: Impossible – Rogue Nation”, written and directed by Christopher McQuarrie, and which starred Tom Cruise, Rebecca Ferguson and Jeremy Renner. It follows Ethan and his team, as they’re trying to kill the members of an international rogue organization, which are as skilled as Ethan and his friends. The movie won six of the 32 awards for which it was nominated.

Hermione was raised in London alongside her two siblings, by their mother Emma Willis who’s a shirt designer, and their father Richard Conyngham Corfield. Her parents prefer to be left out of media, which is why not a lot about them is known.

Hermione became interested in acting while attending Downe House School in the village Cold Ash, and appeared in various plays performed at the school, while mostly portraying lead characters. Upon matriculating in 2011, she enrolled at University College, London, and the following year saw her make her debut film appearance, with her portrayal of the main character Anna, in the short fantasy comedy “Colton’s Big Night”, which follows an eight-year-old boy who has fallen in love.

Hermione graduated with a Bachelor’s degree in English literature in 2015, and then practiced acting at New York’s Lee Strasberg Theatre and Film Institute.

Hermione has appeared in 16 movies, and just three TV series. In 2014, she was cast to portray Anna in the horror comedy drama “50 Kisses”, and the following year saw her portray Matinee ‘Ann Kelmot’ in the mystery drama “Mr. Holmes”. Directed by Bill Condon, it starred Ian McKellen, Laura Linney and Hiroyuki Sanada, and follows the retired detective Sherlock Holmes, who’s now suffering from dementia, and is being haunted by a mysterious woman from his final case; the movie was nominated for 19 awards.

In 2017, we saw her play Syren 3, in the hit action adventure drama “King Arthur: Legend of the Sword”, directed by Guy Ritchie, and which starred Charlie Hunnam, Astrid Berges-Frisbey and Jude Law. The movie follows Arthur, who allegedly pulled a sword out of a stone, and thus became King; it was nominated for 10 awards. In the same year, Hermione portrayed A-Wing Pilot Tallie, in the critically acclaimed action fantasy adventure “Star Wars: Episode VIII – The Last Jedi”, which won 25 of the 134 awards for which it was nominated, including four Oscar nominations.

In 2018, she played the lead character in the crime thriller drama “Rust Creek”, and a supporting character in the action fantasy comedy “Slaughterhouse”. Then in 2019, we could’ve seen Hermione appearing in the historical drama “Born a King”, and starring in the mystery horror drama “Sea Fever”.

Her two most recent movie appearances have been in 2021, in the action adventure thriller “The Misfits”, and the drama “The Road Dance”.

Hermione made her debut TV series appearance in 2016, with her portrayal of Cassie Watkins in the episode “Prey” of the hit mystery crime drama “Endeavour”. It stars Shaun Evans, Roger Allam and James Bradshaw, and follows the work of the police constable Endeavour Morse between 1965 and 1971; the series has been airing since 2012, and has been nominated for four awards.

In 2017, Hermione was cast to star as Emma Garland in all the eight episodes of the war drama “The Halcyon”. Created by Charlotte Jones, it also starred Annabelle Apsion and Mark Benton, and follows the people at a London five star hotel during World War II.

Her only other TV series role has been her portrayal of the main character, Freddy Lane in the crime thriller drama “We Hunt Together”, created by Gaby Hull, and which also stars Eve Myles and Babou Ceesay. It’s been airing since 2020, and follows two detectives as they try to catch a team of killers.

In 2013, Hermione was featured in the short comedy film “Hermione Corfield Model Shoot for Tatler: Behind the Scenes”.

She was also nominated for a  National Film Award for Best Newcomer in 2016, for her performance in “Mission: Impossible – Rogue Nation”.

Hermione prefers to keep the details of her love life to herself, but has still allowed her fans to have a glimpse at it. She’s today in a relationship with Andreas Shaw, a British man who can be seen featured in some of her Instagram pictures. The two have been together since March 2016, when they were introduced at a party by a mutual friend.

Andreas and Hermione love to travel, and have been to various European countries together, as well as to a couple of US states.

There are some people who believe Hermione to be lesbian, but this hasn’t been confirmed. As of August 2021, she’s dating Andreas Shaw, hasn’t married, and doesn’t have children.

Hermione’s a fashionista, and likes to keep up with all the latest fashion trends. Her Instagram account is filled with pictures featuring her wearing various clothes; she’s quite active on the network, as she enjoys the attention she’s receiving from her over 160,000 followers, while she’s uploaded close to 200 pictures.

She’s a dog-lover, and her pet dog can be seen featured in a couple of her Instagram pictures.

She has her own favorite actors and actresses, some of whom are Eddie Redmayne, Amanda Seyfried and Julia Roberts, and a couple of her favorite movies are “Les Miserables”, “Letters to Juliette” and “The Runaway Bride”.