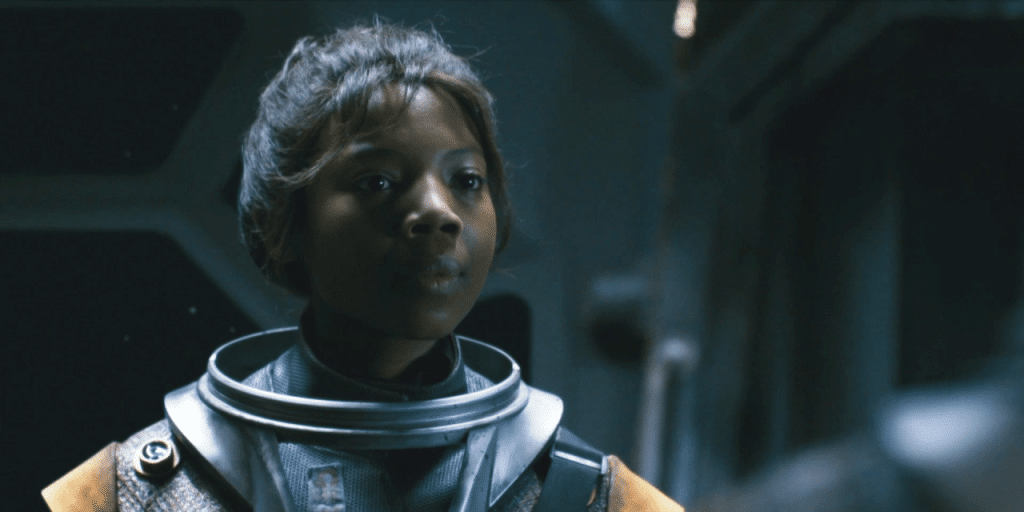 Mimi Ndiweni’s Wiki – aka Fringilla Vigo on ‘The Witcher’

Who is Mimi Ndiweni?

Mimi Ndiweni was born in England on 31 August 1991 – her zodiac sign is Virgo and she holds British nationality. She is an actress who might be known best for her portrayal of Fringilla Vigo in the action adventure fantasy series “The Witcher”, created by Lauren Schmidt, and which stars Henry Cavill, Freya Allan and Yasen Atour. It has been airing since 2019, and follows the witcher Geralt of Rivia as he travels around slaying monsters for money. The series has been nominated for four awards.

Mimi was raised apparently an only child in Guildford, England by her father who is from Zimbabwe, while she hasn’t talked about her mother, who is believed to be a housewife.

She grew up being interested in acting, and started practicing not long after turning 10. She was a member of her high school’s drama club, and later joined the Yvonne Arnaud Mill Street Studios, while she was interested in many other things including dancing and painting. Upon matriculating in 2009, Mimi enrolled at the Royal Welsh College of Music and Drama, from which she graduated with a Bachelor of Arts degree in 2013, having won a Spotlight Prize presented by the college.

She went on to join the Royal Shakespeare Company, starring in the play “The Convert” performed at London’s The Gate Theatre.

Mimi made her debut film appearance in the 2012 short drama “Telling Tales” written by Tina Walker, directed by James Brailsford, and which also starred Sophie Melville. It follows Layla and Ana who meet and become friends while on probation.

The year 2015 saw her portray Slipper Lady in the family fantasy drama “Cinderella”, which starred Lily James, Cate Blanchett and Richard Madden, and follows Ella who has to live with her stepsisters and stepmother after the death of her father. The film won eight awards and was nominated for 37 others, including one Oscar.

Posted by HCBrazilianFans on Tuesday, December 10, 2019

The following year saw Mimi star as Eshe in the action adventure drama “The Legend of Tarzan”, which won two awards and was nominated for four others, and she also played the TV news anchor in the adventure comedy “The Last Dragonslayer”, which received mixed reviews.

Mimi’s following roles were playing the lead character in three short movies: the 2017 drama “Dishonour”, the 2018 drama “Forgive Me, Father” and the 2018 short comedy “Rooftop Refugee”.

One of her most recent roles in movies has been her portrayal of the Resistance Officer in the 2019 action adventure fantasy “Star Wars: Episode IX – The Rise of Skywalker”, which was a success, winning eight awards while it was nominated for 40 others.

It was written and directed by J. J. Abrams, starred Daisy Ridley, John Boyega and Oscar Isaac, and follows the final conflict between the Sith and the Jedi, while the resistance fights the First Order.

Mimi made her debut TV series appearance in 2016, when she portrayed Tilly and Matilda Brockless in the drama “Mr Selfridge”, created by Andrew Davies and which starred Ron Cook, Jeremy Piven and Tom Goodman-Hill. It follows the real life story of the founder of the London department store Selfridge’s.

The year 2017 saw her appear in the episode “Oxygen” of the adventure family drama “Doctor Who”, which has been airing since 2005, and is one of the most popular series in the US, having won 116 awards while it’s been nominated for 209 others.

In the same year, she portrayed DC Andrea Reed in the mystery crime drama “Rellik”, created by Harry Williams and Jack Williams, and which starred Richard Dormer, Jodi Balfour and Kieran Bew. It follows the Detective Chief Inspector Gabriel Markham who is trying to catch a serial killer. In 2018, she portrayed Mary Mundanzi in two episodes of the thriller “Black Earth Rising”, which starred John Goodman and Michaela Coel, and follows Kate who has survived the Rwandan genocide, and is now living with her adoptive mother who is a lawyer.

Mimi’s most recent role in a TV series has been in the 2019 episode “Christmas Special” of the comedy “In the Long Run”, which has been airing since 2018 and has received mixed reviews.

Mimi is quite secretive when it comes to her love life, and hasn’t talked about any men she might have dated since the launch of her career, however, there are rumors circulating the internet claiming she’s today dating a mysterious man. Several people have claimed to have seen her walking hand in hand in the streets of London with the man, however, no proof has been provided to support these claims, and Mimi hasn’t commented.

She is also believed to be a lesbian, and to be keeping it a secret because of how it might reflect on her acting career.

One person wrote on the Reddit website about how she has seen Mimi being rather too close to her female friend at a club, but the post was afterwards deleted. Once again, Mimi hasn’t commented on the rumors.

As of January 2021, she is single, hasn’t married and doesn’t have children.

Mimi likes to travel, and her career as an actress has taken her to various European countries while she has also been to a couple of US states such as New York, California and Texas. Her dream travel destination is Miami in Florida.

She likes to listen to pop and rock music, and a couple of her favorite performers are Beyonce, Lady Gaga and Bruno Mars.

She goes to the gym several times each week and is also keen on playing squash and tennis with friends. Mimi does yoga nearly every day and advises people to take care of their mental health.

She has her own favorite actors and actresses, some of whom are Jim Carrey, Will Smith and Natalie Portman, while a couple of her favorite movies are “Bruce Almighty”, “I, Robot” and “Leon: The Professional”.