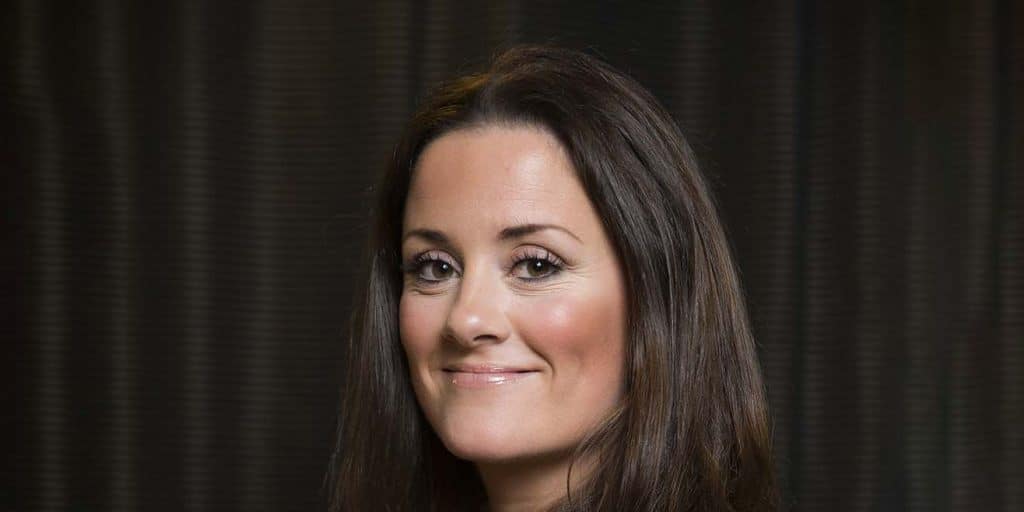 Who is Kristine Riis?

Kristine Riis was born in Norway on 3 August 1982 under the zodiac sign of Leo, and is a 38-year-old television host, actress and comedienne, probably best recognized for landing the role of Liv in the Netflix comedy series “Norsemen”, from 2016 to 2020.

How rich is she, as of now? Kristine Riis Net Worth

As of early 2021, Kristine Riis’ net worth is estimated at over $500,000, acquired through her successful involvement in the entertainment industry, not only as a television host but also as a professional actress and comedian.

Kristine Riis spent her early years somewhere in Norway, where she was raised by her parents; however, there is no information in the media about their names and professions. It is also unknown whether she has siblings or not. She holds Norwegian nationality and belongs to White Caucasian ethnic group. Regarding her education, she matriculated from a local high school.

Career as a Television Host

Kristine Riis started her career as a radio personality back in 2007, when she was chosen to co-host the show “Drillpikene” along with Siri Kristiansen and Live Nelvik, broadcast on NRK P3. She remained there until 2009. Concurrently, she was a guest host on the TV 2 talk show “Torsdag Kveld Fra Nydalen”, which is similar to the American late-night comedy and variety show “Saturday Night Live”.

Kristine then served as a panelist on the NRK game show “Brille” in 2012. During the same year, she made an appearance as a guest host on the NRK1 panel show “Nytt På Nytt”, a Norwegian version of the famous British show “Have I Got News For You”, and on which she would serve as a guest host again in 2016. In January 2015, she joined the NRK1 show “Underholdningsavdelingen”, appearing in 20 episodes until it was ended in 2016.

The show consisted of parodies, sketches, and musical performances created and performed by a group of entertainers and comedians. Between 2017 and 2018, she was a host of the show “Lørdagsrådet”, aired on NRK Radio.

Apart from her career as a host and presenter, Kristine Riis is also known for being involved in the world of acting.

According to her IMDB profile, she made her debut appearance when she was chosen to portray Benedicte in the TVNorge comedy series “Nissene Over Skog Og Hei” in 2011, but then became more focused on her career as a host.

In 2016, Kristine joined the cast of the comedy series “Norsemen”, which is also known under the title “Vikingane”, starring in the role of Liv until it was ended in 2020. It gained her enormous popularity since the series was aired on Netflix.

Besides that, Kristine landed a small role in an episode of the NRK comedy series “Side Om Side” in 2017. Most recently, she featured as Randi in another NRK comedy series, entitled “Familien Lykke”.

Kristine Riis became romantically involved in a relationship with Norwegian actor and comedian Jon Niklas Rønning in 2017; they went public with their romance later that year. The couple welcomed their son named Charlie Riis Rønning in May 2019, but Kristine and Jon decided to part ways in the autumn of the same year. It is believed that she has been single ever since. Kristine’s current residence is in Oslo, Norway, where she lives with her son.