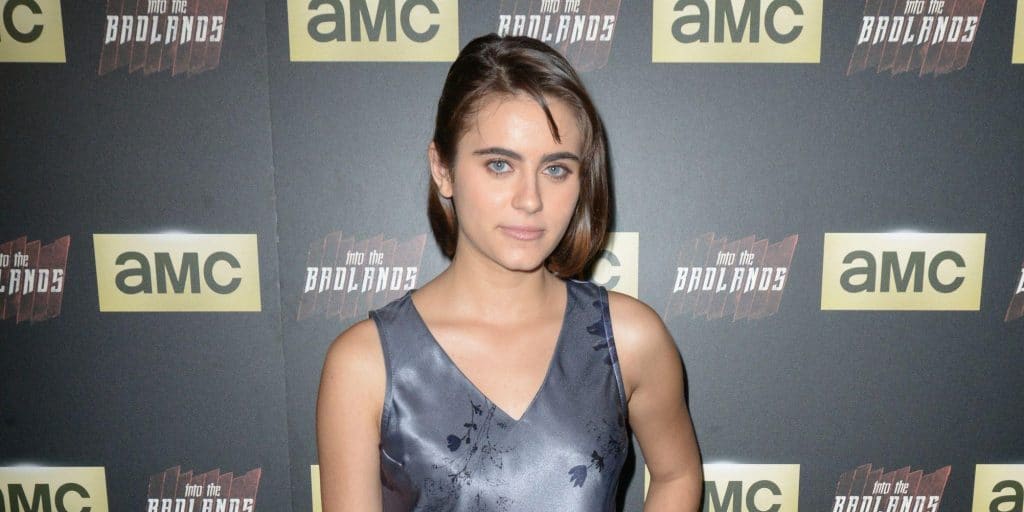 Who is Ally Ioannides?

Alexia ‘Ally’ Ioannides was born in Atlanta, Georgia USA, on 12 January 1998 – her zodiac sign is Capricorn and she holds American nationality. She is an actress who is probably known best for her portrayal of Dylan Jones in the comedy drama series “Parenthood”, created by Jason Katims, and which starred Peter Krause, Lauren Graham and Dax Shepard. It follows the Braverman family, aired from 2010 to 2015, and won 15 awards while it was nominated for 39 others, including a Golden Globe.

Ally was raised an only child in Park City, Utah, by her parents who prefer to stay away from the media’s attention, thus nothing about them is known; however, she’s stated that both her mother and father have been very supportive of her acting career.

Ally became interested in acting at quite an early age, and practiced at the Egyptian Theatre as well as at Hale Center Theatre and Pioneer Theatre Company in Salt Lake City. She studied at Trailside before moving to Burbank in California when she was 14, thus switching to the Madeleine Choir School and completing her elementary education there. Ally attended a local high school in Burbank, and upon matriculating in 2016 chose not to enroll at college but to focus on her acting career.

Ally launched her acting career aged 11, with her portrayal of Lyndie in the 2009 short biographical drama “The Alice Winter” which received no attention whatsoever, and her following role came in 2012, when she voiced the Older Daughter in the short animated film “Escape from Paper City.

The same year saw Ally appear in two shorts – “The Truth Fairy” and “The Tsarevich”, and the following year she starred in the short drama “Served Cold”, as well in the short thriller “Stray”.

In 2015, she was invited to portray Danielle Burling in the action adventure thriller “ANiMUS” which follows a boy who, together with his father, went missing at an early age and has now re-appeared two decades later without any memory of his past. The same year saw Ally star in the short comedy “Easy Money”, and her next role came three years later when she portrayed Claire in the romantic comedy “Brand New Old Love”.

Three of her most recent roles in movies have been in the 2019 short drama “Four Love Theories”, the 2019 horror science fiction drama “Synchronic”, and the 2020 short drama “Red”. Ally has also recently been cast to appear in the upcoming horror mystery thriller “The Nameless Days”, set to be released on 10 April 2021.

Ally made her debut TV series appearance in 2014, when cast to play Courtney in three episodes of the comedy “Scarlett” but which failed to attract any attention. The following year saw her appear as Heather Manning in the episode “Devastating Story” of the mystery crime drama “Law & Order: Special Victims Unit”, and in the same year Ally was cast to portray the supporting character Tilda in the critically acclaimed action adventure drama “Into the Badlands”, created by Alfred Gough and Miles Millar, and which starred Daniel Wu, Orla Brady and Emily Beecham.

It follows a warrior and a boy as they travel together through a territory owned by ruthless barons. The series aired from 2015 to 2019 and won one award. while it was nominated for eight others.

Ally’s most recent role in a TV series has been in 2019, when she portrayed Cassie Lenue in the episode “Miss Understood” of the mystery crime drama “Elementary”, which was also a hit, winning six awards while it was nominated for 19 others, including two Primetime Emmys.

Most recently in 2021, she was nominated for a Critics Choice Super Award for Best Actress in a Science Fiction / Fantasy Movie for “Synchronic”.

Ally is very secretive when it comes to her love life, and hasn’t spoken about the boys and girls she might have dated, however, there are many rumors circulating the internet concerning her relationship status and her sexual orientation.

The bio section of Ally’s Instagram account reads ‘any pronouns’ which has many people thinking that she’s bisexual. Some have even claimed to have seen Ally walking hand in hand with her female friend and believing that the two are in a relationship, however, Ally hasn’t commented on this.

There are also those who claim that she is currently dating a non-celebrity boy, but is keeping him away from the media’s attention.

As of January 2021, Ally appears to be single, hasn’t married and doesn’t have children.

Ally is a huge fan of animes, and two of her favorites are “Attack on Titan” and “Death Note”. She is also keen on watching Studio Ghibli as well as Disney films, and her favorites are “Howl’s Moving Castle” and “Wall-E”. Some of the actors and actresses she enjoys watching in live-action movies are Johnny Depp, Kristen Stewart and Julia Roberts, and a couple of her favorite movies are the franchise “Pirates of the Caribbean”, “Snow White and the Huntsman” and “Charlie’s Angels”.

Ally is physically very active, and works out at the gym nearly every day, while she’s also uploaded numerous pictures taken during her training sessions onto her Instagram account.