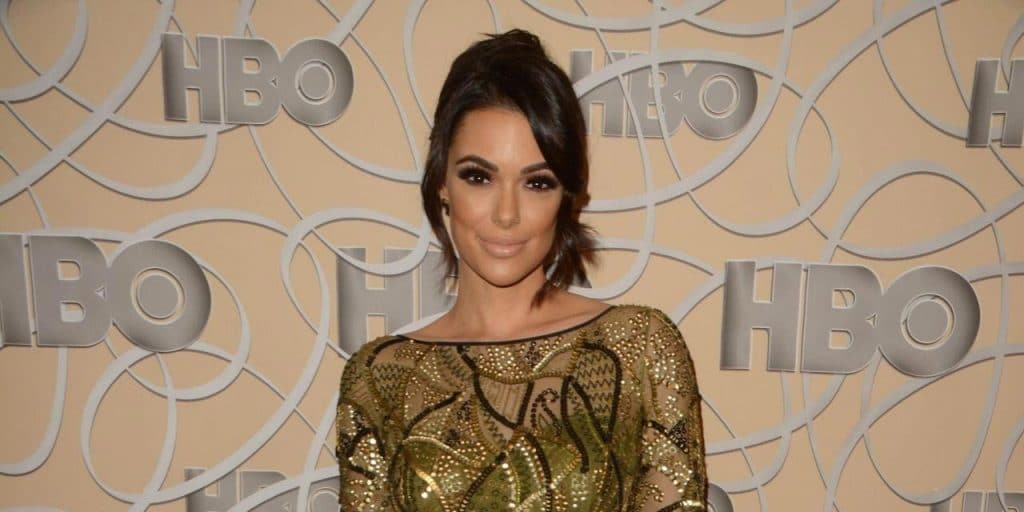 Who is Anabelle Acosta?

Anabelle Acosta is a Cuban-American actress, who is best known to the world as Annabella in the TV series “Ballers”, and also as Natalie Vasquez in the TV series “Quantico”, among other roles that she’s secured so far in her career.

Anabelle Acosta was born on 28 February 1987 under the Pisces zodiac sign, in Havana, Cuba to Cuban-American parents, and has a younger brother, Jason Acosta.

She spent her first years of life in Cuba, but the family then migrated to the US, settling in Queens, New York City. She attended one of the most-renowned private performing arts schools, the New York’s Julliard School, where she trained in both Meisner technique and method acting. Furthermore, she has extensive training in dance and stage acting.

While in New York, Anabelle’s career started, as she secured a few appearances in national commercials and print ads.

In 2008 she made her full-length film debut in “The Next Hit”, in which she had a minor role. Then in 2011, she was selected for the part of Eden Grace in the television drama movie “Grace”, starring Abigail Spencer, Eion Bailey, and Eric Roberts. The following year, was rather fruitful for young Anabelle, as she was cast for the part of Kelly Acevedo in the comedy-drama film “We Made This Movie”, in which she co-starred with Kina Bermudez and Brando Boniver.

Furthermore, she featured in the action film “Freelancers”, starring 50 Cent and Robert De Niro, and also appeared in the music video for the song “Burnin’ Up”, performed by Ne-Yo.

Anabelle was becoming more popular as she was building her portfolio. In 2013 she guest-starred in the TV series “Second Generation Wayans”, then in 2014 she was a guest star in both the TV series “Supernatural”, and “Castle”.

In 2015, she secured the roles of her career, firstly for the part of Natalie Vasque, an FBI recruit in the TV action-thriller series “Quantico” (2015-2016), and then the role of Annabella in the TV comedy-drama series “Ballers” (2015-2016), with Dwayne Johnson, John David Washington and Donovan W. Carter as the main stars.

Since then, Anabelle has continued with television roles, and in 2017 had a double role in the TV drama series “The Arrangement” as Amelia Briggs/ Jaq, though she also starred in the comedy film “Fat Camp”, alongside Chris Redd and Michael Cienfuegos. Furthermore, in 2017 she started playing Camile Vega in the crime-procedural drama series “Chicago P.D.” and appeared in three episodes through 2018.

To speak further of her accomplishments, she guest-starred in the TV series “God Friended Me” in 2019, and the same year portrayed Renata in the action-thriller film “Kill Chain”, in which she starred next to Nicolas Cage and Enrico Colantoni.

In recent years, in 2020 Anabelle produced the drama film “The Subject”, in which she also starred, with Nick Abeel and Richarda Abrams, and the same year she appeared as Paula Matos in an episode of the TV series “MacGyver”. Most recently, she appeared in the romantic comedy film “Construction”, starring Victor Hawks, Gino Anthony Pesi, and Devin Ratray.

In the past, Anabelle dated Dominican actor Algenis Perez Soto, however, they broke up, and in 2018 she was seen in the embrace of “Criminal Minds” actor Shemar Moore.

The couple was together for a brief time, before in 2018 she rebounded to Algenis, and they eventually married on 24 April 2019. Her husband is a famous actor, best known to the world as Att-Lass in the superhero film “Captain Marvel” (2019), while he is also known to the public as Miguel in the sports drama film “Sugar” (2008). He is working on the film “Isolated Victim”, which is currently in post-production.

How rich is Anabelle Acosta? Net Worth

As of mid- 2021, Anabelle Acosta’s net worth has been estimated to be around $2 million, earned through her successful career as an actress, during which she’s appeared in more than 20 film and TV titles.

When it comes to her free time and interests, this Cuban-American is a huge soccer fan, and has supported the Brazilian national soccer team.

Furthermore, thanks to her Hispanic ancestry she is fluent in the Spanish language.

In 2017, Anabelle was face to face with death; her Uber drive was hit at a high speed by an ambulance, and the car rolled over several times. She was rushed to the hospital with several ribs broken and a punctured lung, but luckily she’s since made a full recoveryd.

Before launching her acting career, Anabelle was a bit overweight, but has started going to the gym on a regular basis, and has also started a healthier diet, including more vegetables and proteins.