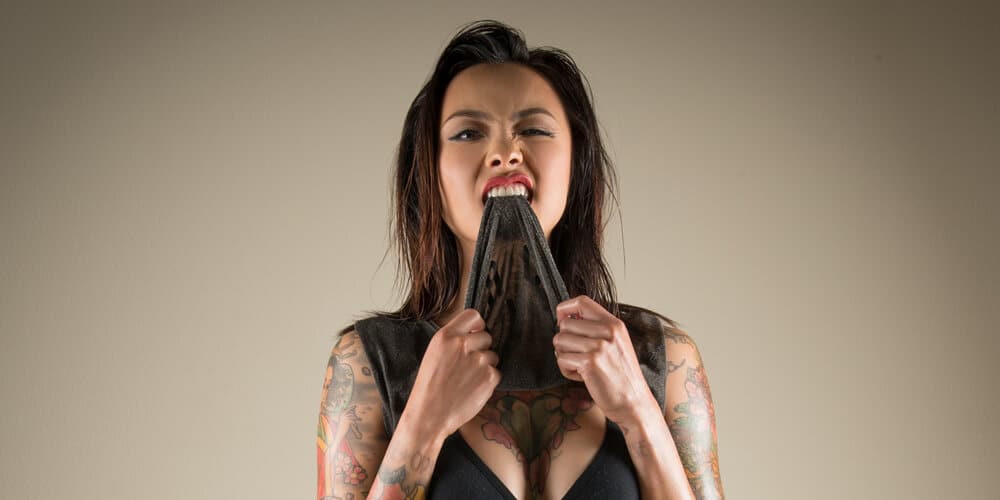 Who is Levy Tran?

Vy Le Tran was born in San Jose, California USA, on 8 April 1983 under the zodiac sign of Aries. Now 37-years-old, under her professional name of Levy Tran, she is a model and actress, perhaps best known for landing the role of a race starter in “Furious 7”, featuring as Roenick in “The First Purge”, and portraying Desiree ‘Desi’ Nguyen in “MacGyver”.

How rich is she, as of now? Levy Tran Net Worth

As of late 2020, Levy Tran’s net worth is over $1.5 million, earned through her successful involvement in the film industry as a professional actress, garnering over 20 acting credits since her career started in the early 2010s.

She has also increased her wealth through her successful career in the fashion industry.

Levy Tran spent her childhood in her hometown of San Jose, raised with her younger sister, Chi Tran by Vietnamese parents, however, their names and professions haven’t been disclosed yet. She has an American nationality and belongs to the Vietnamese ethnic group. She attended a local high school, and later furthered her education at a college and obtained her Bachelor’s degree in Child and Adolescent Development, with a minor in Mathematics. Levy is fluent in both English and Vietnamese languages.

Prior to becoming a successful model and actress, Levy worked as an embalmer at a funeral home. In 2011 she quit that job and started pursuing a career in the world of modeling, so she moved to Los Angeles, California. It didn’t take her long to become one of the most popular Asian models, who was associated with various fashion brands, featuring in a number of advertising commercials. Thanks to her attractive appearance and numerous tattoos on her body which became her trademark, Levy also appeared on the cover of such magazines as “Inked”, “Tattoo Life”, “Bizarre”, and “Glass”, among many others.

Her successful modeling career allowed her to pursue other opportunities, so she was a guest-host of an episode of the MTV2 reality show “Guy Code” in 2012. Thereafter, she featured in the music video for the single “Asian Girlz” by Day Above Ground in 2013, actually called “the most racist thing ever” as demeaning Asian women – Levy publicly apologized for appearing in the video, but saying that the whole production was light-hearted.

According to her IMDB profile, Levy Tran started her acting career by making her debut film appearance as a race starter in the sixth sequel of the action thriller “Fast & Furious” franchise, entitled “Furious 7” (2015), along with such actors as Paul Walker, Vin Diesel and Dwayne Johnson.

The role made her popular within Hollywood, since she was named one of the most beautiful women of the franchise, which is one of the highest-grossing film series of all time garnering over $5.8 billion.

Later that year, Levy landed the small role of Vy in two episodes of the TV action series “Jungle Justice”, followed by another guest-starring appearance as Mya in the episode “Unforgiven” of the Prime Video sci-fi fantasy series “Chosen Kin”. Also during the same year, she filmed the short action film “All Men Are Thieves”, written by Inigo Laguda and directed by Henry J. Kim.

Rise to Fame as an Actress

In 2016, Levy featured as Kid 2.0 in the action crime thriller film “Vigilante Diaries”, directed by Christian Sesma, after which she guest-starred as Stephanie in the episode “Welcome To Hollywood” of the TV drama series “Confessions Of A Hollywood Bartender”. During the same year, she appeared as Nurse Không May in Jonathan Heap’s horror thriller film “The Unwilling”, next to David Lipper and Dina Meyer, and portrayed Lisa in Miguel A. Ferrer’s action crime drama film “Female Fight Club”, alongside Amy Johnston and Cortney Palm. Furthermore, in a busy year she landed the roles of Levy in the short drama film “The Stanford Letter”, and Lien in the short western film “Manifest Destiny”.

“Shameless”, “The Haunting Of A Hill House”, and Other Roles

In early 2017, Levy portrayed Thiri in Aaron Katz’s mystery crime drama film “Gemini”, which was followed by her guest-starring as Christie in the episode “Karma” of the drama series “Animal Kingdom”, broadcast on TNT, and her appearance as Nicola in the sci-fi film “Mad Genius”, directed by Royce Gorsuch. Later that year, Levy reprised the role of Mya in the sci-fi action fantasy series “Chosen Kin Origins” and then appeared in the recurring role of Eddie in the comedy-drama series “Shameless” (2017-2018), aired on Showtime.

In 2018, Levy continued to line up successes – she landed the role of Roenick in the fourth installment of the “Purge” film series, entitled “The First Purge”, directed by Gerard McMurray, which was followed by her portrayal of Haruko in Sandu Negrea’s crime drama film “The Silk Road”. Later that year she was chosen to play Trish Park in the Netflix anthology supernatural horror drama series “The Haunting Of Hill House”, created and directed by Mike Glanagan, and based on Shirley Jackson’s novel of the same name.

In 2019, Levy won the recurring role of Detective Desiree ‘Desi’ Nguyen for the third season of the CBS action-adventure series “MacGyver”, after which Levy joined the main cast for its fourth season, appearing in 24 episodes so far. Most recently, she starred as Addy in Ryan Brookhart’s 2020 drama film “Two Ways To Go West”, alongside such actors as Gino Cafarelli, Drew Kenney, and Paul Gennaro. It is announced that she will feature as Patty in Catero Colbert’s upcoming short comedy film “Pov”, which is currently under post-production.

She is a huge fan of tattoos, and has plenty all over her body, such as an emerald heart on the center of her chest, a catfish tattoo on her right leg, and a Japanese girl with flower basked tattoo on her right arm. Her favorite tattoo is a zombie tattoo on the right side of her stomach.

Personal Life: Does she have a boyfriend?

The “MacGyver” star isn’t very open about her dating life. Nonetheless, she was rumored to be romantically linked to famous actor Ryan Reynolds in 2008, but it wasn’t confirmed. She is currently single, and her residence is still in San Jose.

Levy is a pet lover, and enjoys having fun with her dog Carlos.

She is a fitness freak, spending a lot of her spare time working out at a gym.

Her favorite actor and actress are Johnny Depp and Jennifer Lawrence.